A Royal Caribbean® adventure is more island-hopping than deck-chair lounging. It’s temple trekking in Mexico and backstreet roaming in Barbados. It’s mid-ocean molecular gastronomy and skydiving at sea. It’s next-level onboard activities, entertainment and accommodations. With a global fleet of 25 vessels, Royal Caribbean® sails the world’s most innovative cruise ships to the most popular destinations. Onboard, Royal Caribbean® offers guests a multitude of first-at-sea experiences, including Virtual Balcony staterooms where a floor-to-ceiling screen brings live views of the sea and destinations into Interior staterooms, the FlowRider® surf simulator and Two70®, a transformative entertainment venue offering spellbinding aerial shows and a seamless display of video projection, robotics and human artistry. Dining has also been reimagined with both complimentary and speciality restaurants that offer unparalleled service and the highest quality food in unique and engaging venues, including Jamie Oliver’s Jamie’s Italian. From rock-climbing walls on every ship to elegant dining rooms and relaxing spas, the experience onboard is nothing short of incredible, with every moment complemented by Royal Caribbean’s signature Gold Anchor Service.

Synonymous with mega cruise ships and jaw-dropping amenities, Royal Caribbean International takes the concept of a floating resort to a whole new level. Established in 1968 with the merger of three Norwegian shipping companies, Royal Caribbean's first cruise ship set sail in 1970. By 1978, the cruise line had set the trend of going bigger and better by chopping Song of Norway in half and adding a middle section to the ship – the first time this had been done to a passenger ship. Not satisfied with one revolutionary idea, Royal Caribbean has introduced onboard wave simulators, self-levelling pool tables, zip lines, water parks and more.

A broad range of travellers are drawn to the lively atmosphere, staggering array of activities and dining options onboard, with couples, singles and families all well catered for. Royal Caribbean | Quantum of the Seas 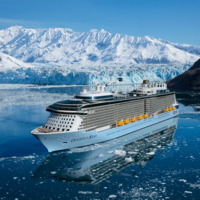 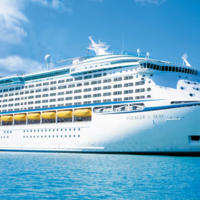 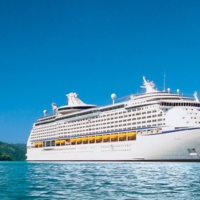 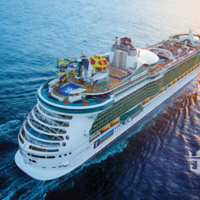 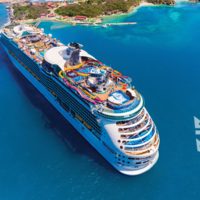 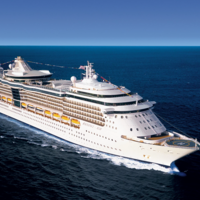