Majestic Stockholm spread across 24,000 islets with 50 bridges is truly one visually impressive city. 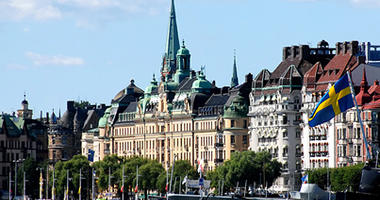 Over 30 per cent of Stockholm is made up of waterways and another 30 per cent consists of parks and green spaces, giving the Swedish capital a sense of splendour unequalled against other cities. The captivating old town known as Gamla Stan is the epicentre of the city and boasts countless hotels, bars, restaurants and shops set amongst cobblestone streets. The Royal Palace and the Rikstag, the Swedish Parliament are also found here.

Stockholm's port is within easy walking distance to the city centre.

Many restaurants offer a dagens rätt, a bargain lunch selection for ravenous patrons.

A tour of Drottningholm Palace makes a great day excursion. If in season, book a ticket to attend a performance at the Palace Theatre.

Being in the homeland of IKEA, it's going to be hard to resist purchasing a small trinket as a souvenir.