The first time traveller to India is often drawn to the North, with Delhi, the Taj Mahal and the exotic nature of Rajasthan being irresistible attractions.  But to visit India without heading south is allowing but a glimpse of the wonders of this hugely diverse country. Read on below to find out more about Southern India.

For a start Southern India’s climate is so different, being tropical territory with gorgeous beaches, forests, hill stations, rivers and thriving cities. The best time to go can be between October and March when temperatures are lower and there is generally less rain.  If you’d rather visit outside of this peak time, many believe the region is also fascinating between June and August, when the monsoon is in full swing (in the southern states of Tamil Nadu and Kerala, the monsoon can be much less apparent than in Goa and Kerala during these months).

The gems of the South include its myriad of religions, its unique cultures, its delicious cuisine, and of course its friendly natured people – typical of a sunny environment!  People in the south are largely descendants of Dravidians, quite distinct from the Aryans of the North, with their own unique music, architecture, dress, food and language. And despite the influences of Muslims, Dutch, Portuguese, French and British, traditions remain.  You’ll find not only Hinduism, but also Islam, Buddhism, Christianity, Jains and even the remains a Jewish community in Cochin. However, much to the delight of the traveller to Southern India, you will find that most people speak English. 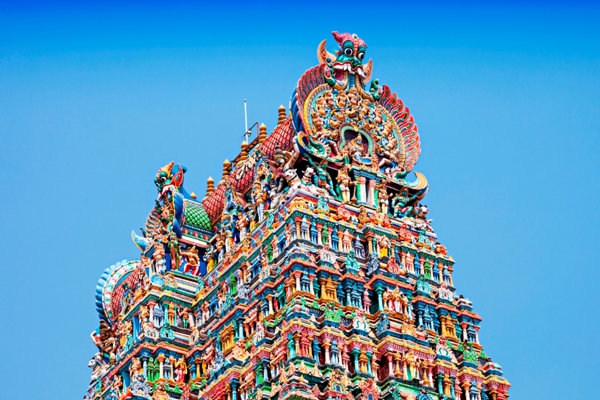 As for what to see, here is our top three things to do when visiting Southern India.

To fully appreciate the rich and cultural mix that is India today, head south!