Japan in 5 hours: How to spend a short Tokyo stopover in Narita

It's on the doorstep of Tokyo International Airport, but Narita city feels like a world away – a taste of traditional Japan just a few minutes by train from your terminal.

With just a few hours to spend in Japan, the best layover decision I ever made was to skip Tokyo and explore peaceful yet vibrant Narita. This ancient city at the doorstep of Tokyo International Airport is Japan in miniature, and its tranquil park, fine temples and atmospheric streets can all be seen on foot. 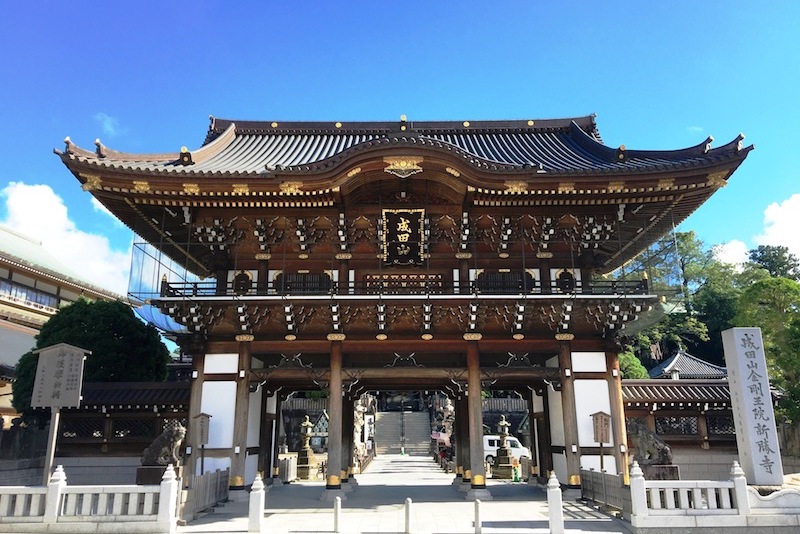 A magnificent gateway announces the entrance to Narita-san park, just a short hop from Tokyo's international airport. Photo: Diana Noonan
Start your tour at Narita-san, a 16-hectare temple park just 18 minutes from the airport (take the JR or Keisei Line from the airport’s Terminal 2 to Keisei Narita Station; the park is just a 10-minute walk away). Free to enter, this landscaped park offers quiet walks and glimpses into the traditional art of Japanese gardening. It's the ultimate way to chill out and get some gentle exercise after a long haul-flight. During my visit, I crossed quiet streams by moss-draped stepping-stones, wandered along paths sprinkled with maple leaves and stopped by artfully arranged memorial stones perched above a tranquil koi pond. If you’re there in spring prepare to be dazzled by clouds of cherry blossom, and if you visit on a Wednesday, Thursday or Friday you can take your walk in a gorgeous kimono, provided (and fitted on you) by the friendly local tourist bureau. 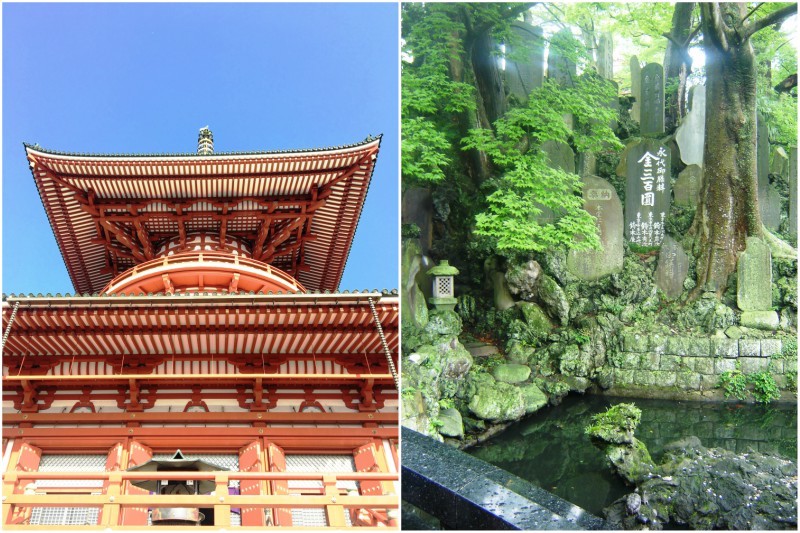 (Left) the Great Pagoda of Peace at Narita-san park just a stone's throw from Tokyo's international airport; (right) the tranquil koi-filled pools of Narita-san park. Photos: Diana Noonan.
Narita-san is home to five buildings of Shinto significance including the 58-metre high, five-tiered Great Pagoda of Peace. At 8.30am the scent of burning incense was already in the air as I climbed the steep steps to reach it, and the monks were doing the rounds. In the adjacent Narita-san Shinshoji temple, gold detailed decorations lit up the dim interior;  when I found my way out again, men were hanging wooden prayer cards on a rack on their way to work while children wearing daypacks meandered toward school through an inner courtyard.

I trailed after the kids. Outside the park's imposing gates I found shops selling rice crackers, wafer-thin crispy shortbreads, and the wooden prayer plaques known as ema which I’d seen hung up around the temple. 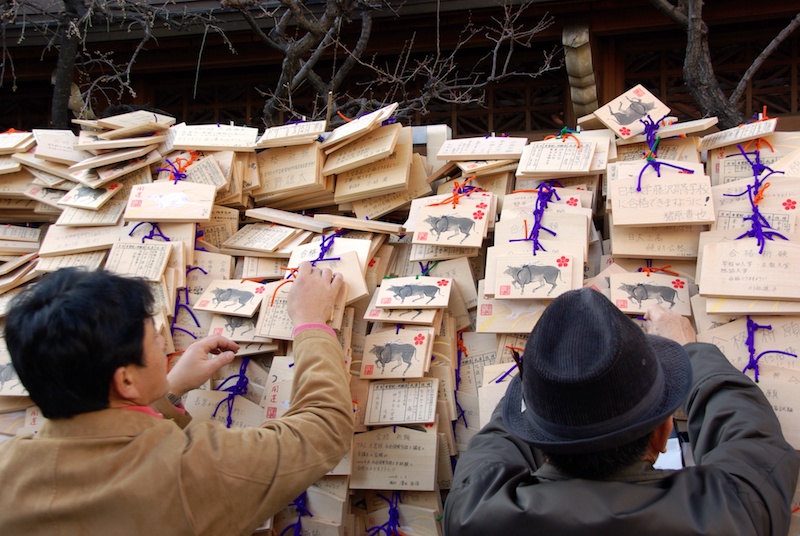 Prayer plaques hanging outside Narita-san temple. Photo: Diana Noonan
Nearby, quiet lanes wound past traditional wooden shingled buildings with homes on top and shops selling china, chopsticks and tea below. Cars crept by so quietly I was barely aware of them – probably just as well given that only the occasional bollard separates motorised traffic from pedestrians.

It wouldn’t be Japan without just a bit of kawaii, the cuteness that pervades the country’s pop culture, and sure enough there it was on the streets of Narita in the form of maneki-neko, the beckoning cat. Believed to bring good luck to its owner, maneki-neko was waving at me from the door of every shop, perched on the tops of pens and pencils, and swinging from the ears of a young woman who I asked for directions. 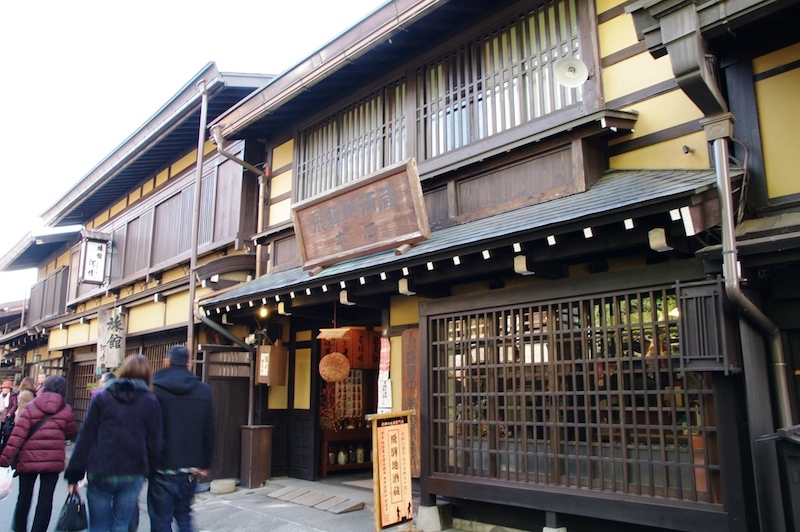 Historic shops and homes are synonymous with old Narita. Photo: Diana Noonan
By mid-morning, the city was coming alive and the place to be was Omotesando Street, a lane of historic shops connecting Narita Station to the temple park. Loaded with souvenirs, it’s a great place to pick up one of those weird Japanese Kit Kat bars (you have to try the wasabi flavour) or a kokeshi doll, or to just sit and people-watch while you sip a green tea.

When you’re ready for lunch, take yourself round the corner and check out the options being enjoyed by the city’s office workers and labourers. At first I was completely confused as to where they were eating until I heard the rattle of chopsticks and the hubbub of conversation emanating from tiny buildings, their doorways half hidden by fabric advertisements. Don’t expect anyone in these counter-food establishments to speak English – or to take your order or your money. It’s all handled by the ticket-dispensing machines outside, and although non-Japanese speakers will have no idea what they're ordering, if my miso broth topped with a crispy tempura fritter was anything to go by, it’ll probably be delicious. The staff and clientele seemed so genuinely surprised to see a tourist, they even offered me seconds for free! 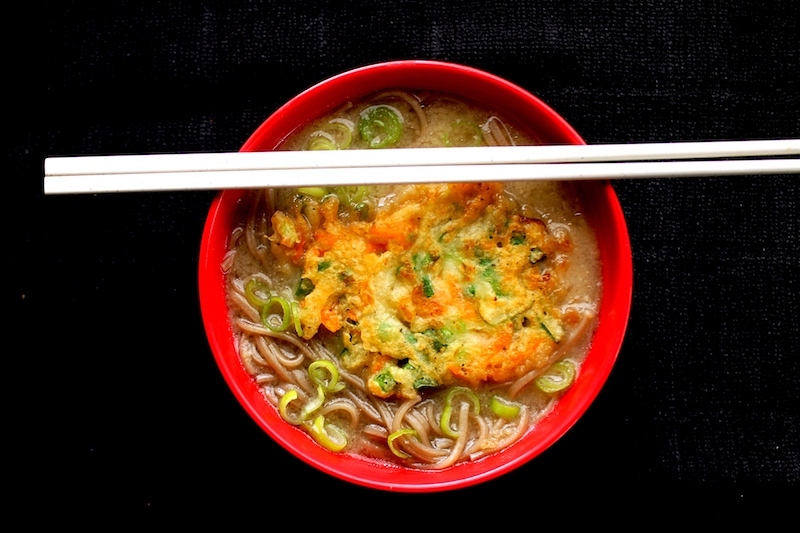 My Narita worker's lunch: miso udon broth topped with a crispy tempura fritter. Photo: Diana Noonan
Opting for a leisurely half day in Narita rather than a mad dash into the chaos of Tokyo can make a four or five hour stopover seem like a journey into the heart of Japan. If you don’t feel like doing it alone, there are a host of day or half day tours available, and it will still have you feeling like an independent traveller. However you decide to see Narita, it’s only a few minutes away from your next flight... and it’s not an airport lounge!
Japan Asia