A Slice of Pai: Kicking Back in Unspoilt Northern Thailand

There’s a wee village in the north of Thailand, not too far from the Myanmar border, that’s not so much a well-kept secret  ̶  because it does attract plenty of tourists  ̶ but well-kept in general. Pai (pronounced ‘Bai’) has kept its soul and it has kept its subtle charm; despite tourism being its mainstay, it has managed to avoid many of the cringe-worthy trappings that see so many Thai hotspots merge into one bilious, bucket-fuelled haze.

There’s an airport in Pai, but the way most visitors arrive is by minivan from Chiang Mai train station. It’s a three hour drive on a narrow, winding, mountain-dictated road. You’ll swing between questioning what you’ve accomplished in life and fighting the urge to beg the driver to stop and let you walk the rest of the way. And when you do arrive, you’ll probably consider blowing 10 bucks on a “I survived the road to Pai...762 curves” T-shirt, before remembering you came here to avoid the slogans.

But you’d be forgiven for shelling out for a VW Kombi tee once you’ve spent your first evening in Pai. At dusk, the main street fills with food and drink stalls, many of them in lovingly restored VW Kombi vans festooned with fairy lights. There’s a fresh-juice Kombi, one that’s a candy store, a pancake-flipping Kombi and most importantly, a cocktail-bar Kombi. 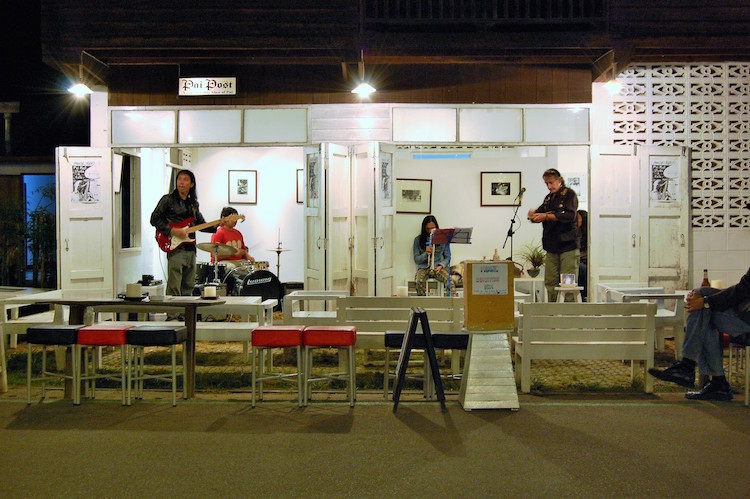 The shopfronts lining the street are clothing stores (think organic cotton yoga gear rather than fake Gucci), cafes, and art galleries that double as live music bars at night. Bands set up on the street and the gallery, bathed in dim light, fills with cocktail-nursing tourists who perch on handmade wooden stools. Pai is a favourite romantic getaway for young urbanites from Bangkok, and there are plenty of farang (European) tourists here, but mercifully the goon factor is nil. The bands play jazz, and reggae, and sometimes the genres meet and that’s better than it sounds.

There are things you can do around Pai: trekking in the mountains; rafting on the river; getting up close with tigers at a sanctuary. You can also buy into tours to visit local hill tribes in their villages. There are Lahu and Lisu villages nearby and a bit further, around Me Hong Son, are Hmong communities and groups of the 'long-necked' Karen people, whose female members wear brass neck rings to elongate their necks. I couldn’t quite get past the idea of a middle man making money out of the tours, and instead paid generous prices to the tribal craftspeople selling their wares in Pai. 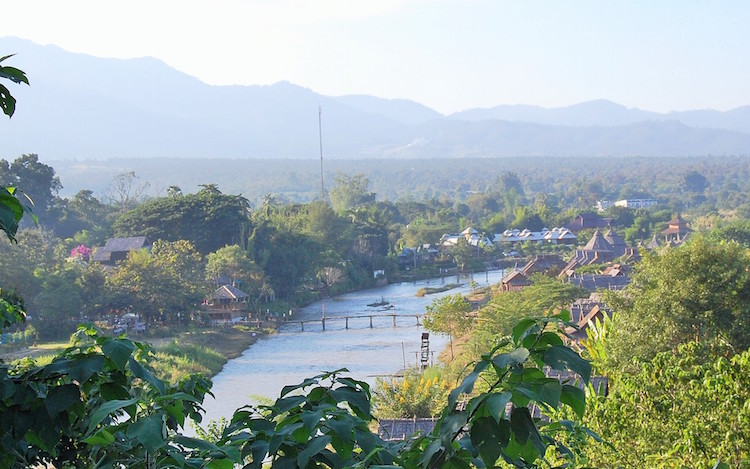 What you can also do in Pai, very well, is not much at all. We loved rising late and deciding on street-stall gai yang (charcoal-barbecued chicken), som tam (green papaya salad) or khao niew (sticky rice) for breakfast. And while devouring it, planning what we'd have for lunch, and then dinner. After, we'd wander around the place, heading for directionless walks along and over the river, taking naps and meeting locals. 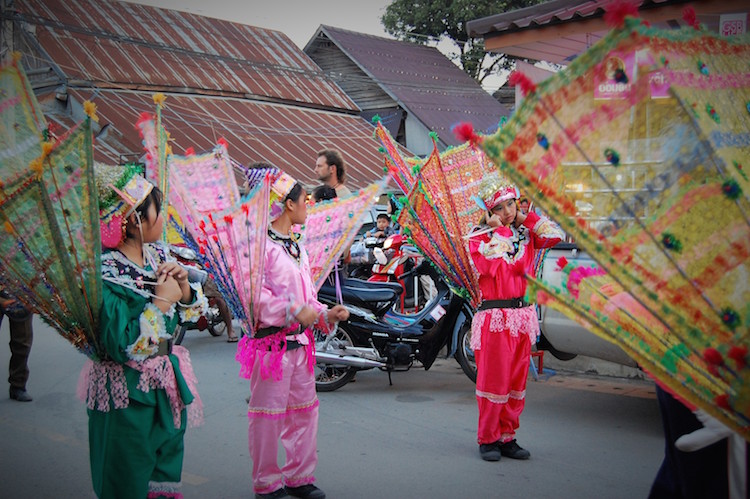 If you can be in Pai for Loi Krathong then do; it’s one of the best places in the country to experience it. Loi Krathong is the annual festival of lanterns which falls in the 12th Thai lunar month – November, usually. Folks make or buy lanterns, boat-like creations fashioned from pandan leaves and colourful orchids in which tealight candles are placed. As night falls, everyone heads down to the river with their lanterns, which are then lit, and floated down the current. But not before adding some fingernail or hair clippings, thereby casting off any bad luck from the year gone and starting afresh in a blaze of light and cleansing flowing water. “Hot air balloons” are also lit  ̶  paper lanterns powered by a flame, which rise into the sky until they disappear.

We were able to join in the river ceremony because we’d been gifted lanterns to flat by Dao, the wonderful woman who owns Red Orchid Cooking School just off the main road. Loi Kratong fell on the day after we did a cooking class there; Dao gestured for us to return the next day to collect a handmade lantern in time for the festivities. She spoke not more than a dozen words of English, but her cooking tuition, helped by her assistant Da, was superb. 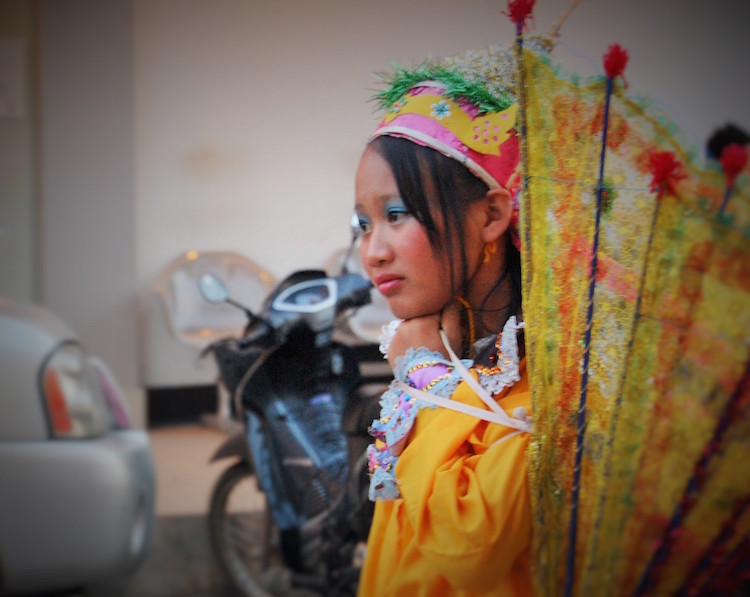 For a fee of about $70 for two of us, we accompanied Dao to the morning market to buy produce for the day then returned to the school (the courtyard of Dao’s house) to get hands-on with the recipes we’d selected. We spent the best part of the day there and walked away stuffed full, with bags of leftovers and recipe booklets that would go on to be well-thumbed in our kitchen at home. Between us, Dao and Da, and our fellow students, an Israeli couple, the language we shared was pure gesture, laughter and exclamations of gustatory approval.

After the river and the floating of the lanterns, we returned to our room. We climbed the bamboo ladder to the bamboo sleeping loft. Striped lizards skedaddled like lightning along the walls. We opened the bamboo window up there and looked out into the Pai night sky. Hundreds of glowing paper lanterns rose slowly, swaying gracefully, up into the deep dark atmosphere, and at the end of the stretch of black, a new dawn awaited the village.