Expat Kiwi traveller Chloe Milne discovers Toronto, the Canadian city consistently voted as one of the world’s most liveable, and brings us 11 great reasons to plan our own visit.

According to Vogue, Toronto is home to the second coolest neighbourhood in the world. West Queen’s West received the accolade for its street-art, indie designer stores and hipster coffee shops, but it's far from Toronto's only desirable 'hood. The city is full of cool, diverse neighbourhoods, like family-friendly Upper Beaches, young-professional favourites Yorkville, Ossington and Liberty Village, and ethnic enclaves Little Italy, Koreatown and (my favourite) Chinatown.

Fancy a relaxing and cost effective way of seeing the city? As well as an efficient and clean subway, Toronto boasts an extensive network of streetcars. With more than 600 stops, and at 82 km in length, it’s the largest streetcar system in the Americas. A $3 CAD token will get you almost anywhere in the city, and since you’re above ground, you won’t suffer subway disorientation. Even better, the drivers are friendly and the system easy to use. 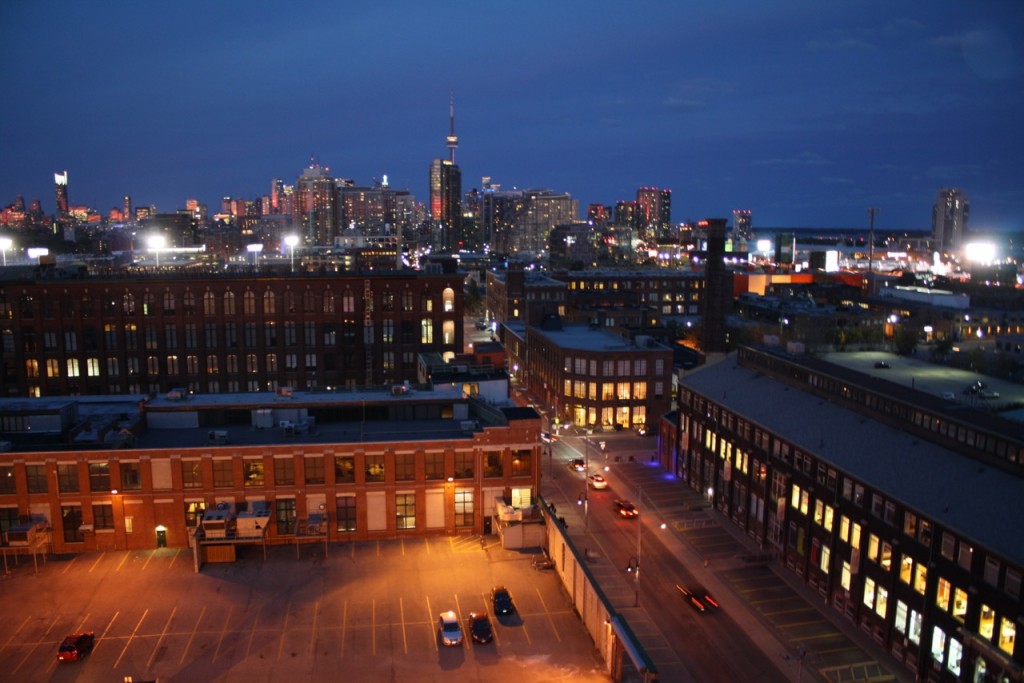 Half of Toronto’s population was born outside of Canada, making it one of the most diverse cities on earth. Come June, the city is also home to one of the largest Pride parades in the world. Whether you’re asexual or bi-sexual, from Albania or Antarctica, an atheist or an evangelist, you’ll more than likely fit in here. So, it probably won’t surprise you that…

Canadian’s are polite and say sorry a lot. If someone bumps into me – they say sorry. But if I bump into them – they said sorry too! Worried about getting lost? You needn’t, there’ll always be a friendly, polite Canadian to help you.

With diversity comes a delectable range of eating options. Have a favourite international dish? I guarantee you’ll find it in Toronto. From fried rice to pho, pork dumplings to pad Thai, everything is available, and delicious. I consume Canada’s own national dish, poutine, in large quantities. Smoke’s Poutinerie is perfect for a poutine craving – trust me, you’ll get one. 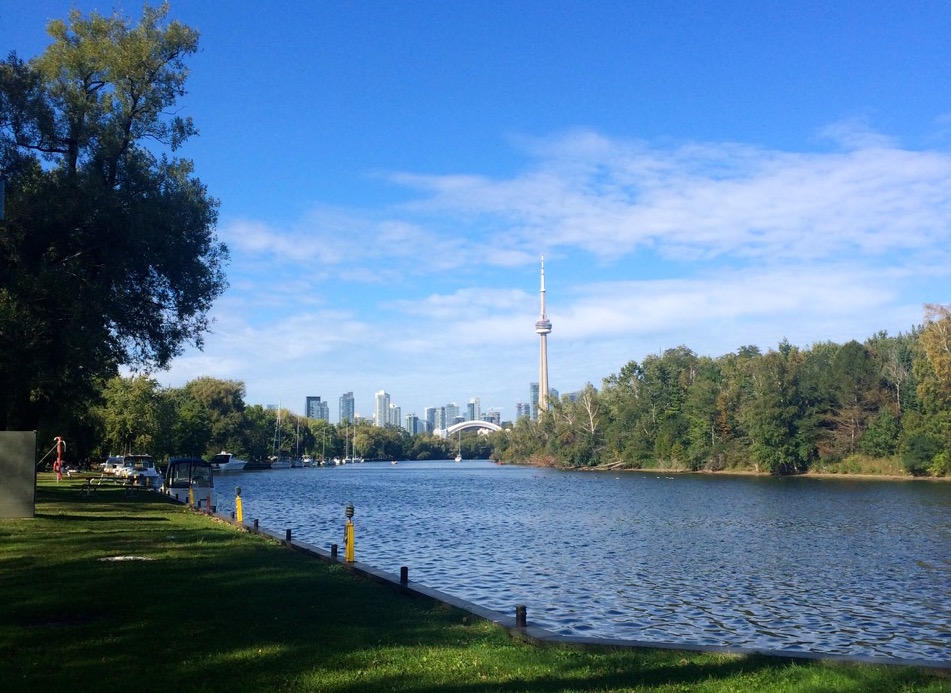 The city seen from Hanlan’s Point in the Toronto Islands. Credit: Chloe Milne.

If you’re keen to walk off all of that food, Toronto’s three islands – Hanlan’s Point, Centre Island and Ward’s Island – are short ferry rides from the CDB. From there you can enjoy wonderful views of downtown Toronto and Lake Ontario. I recommend taking the ferry to Centre Island then hiring a bike to easily explore the whole area. End your trip by relaxing on one of the many beaches – there’s even a nude beach, if you’re that way inclined. Toronto has an amazing array of shopping options. If brands like Louis Vuitton, Tiffany and Chanel are calling your name, look no further than the Bloor Street stretch, also known as the “Mink Mile”, between Young Street and Avenue Road. Bloor Street is also home to upscale department store Holt and Renfrew and more accessible high-street retailers. A shopping spree isn’t complete with a visit to the Eaton Centre, a mall with more than 170 stores.

Speaking of shopping, sampling Toronto’s many markets is a must. If street art, vintage clothing, cheese vendors, fruit and vegetable stalls, fresh-pressed juice and chicken waffles sound appealing, then, like me, you’ll love wandering through Kensington and St Lawrence Markets. Visit Kensington Market on a Sunday when the streets are closed to cars, making the whole area pedestrian friendly. The city also holds an annual Christmas market complete with reindeer, beer gardens, a Ferris wheel, and, as you might expect, lots of maple flavoured treats. 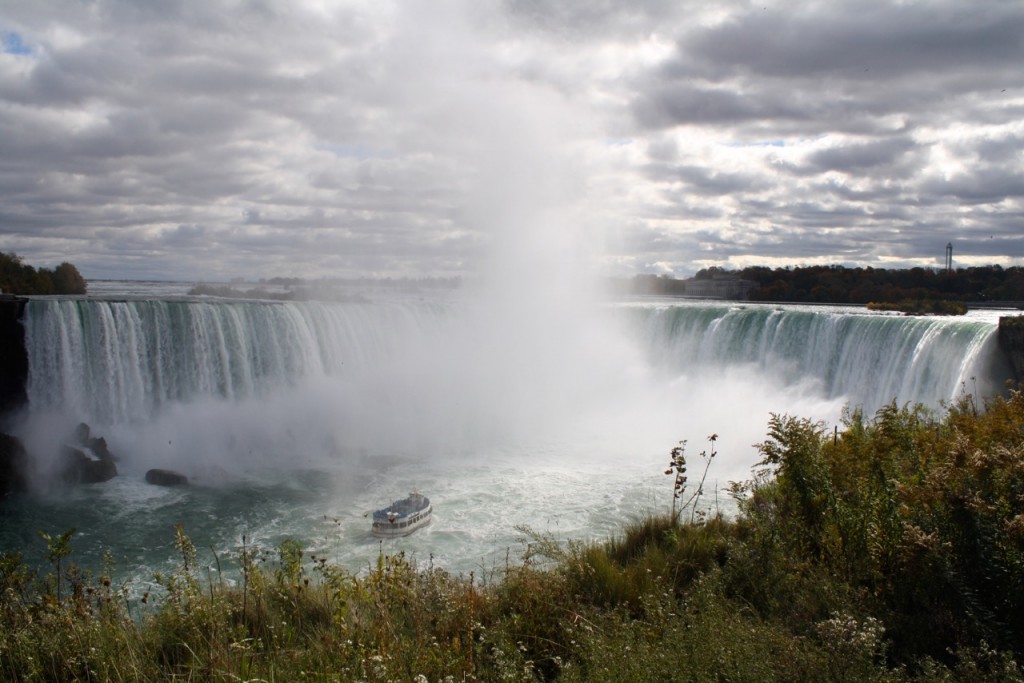 Tourists take a “Maid of the Mist” boat ride to get up close and personal with Niagara Falls. Credit: Chloe Milne.

Have the Niagara Falls on your bucket list? Not only are the falls an easy day trip from downtown Toronto, there's plenty more to do once you've had your watery fill. Head into the countryside around the town of Niagara-on-the-Lake for scenic walking and biking trails, or take a vineyard tour – the area is the centre of Ontario's wine region A cottage on the lake at Muskoka, near Toronto. Credit: iStock.com.

Often referred to the Hamptons of Toronto, Muskoka’s “cottage country” a couple of hours' drive from the city is a favourite weekend retreat for locals, tourists and the odd celebrity. The many lakes in the region mean water sports like kayaking, kite surfing and water-skiing are popular. The region also has walking trails, hikes, golf courses and country clubs for the more leisurely.