It's California's second largest city, but San Diego is too often forgotten in favour of its northern cousins, the glamorous Los Angeles and historic San Francisco. That's a shame, because this laidback city has a huge amount to offer. If you've done both LA and San Fran but are yet to venture south, make a plan to fix that on your next trip to California. You won't regret spending a few days in San Diego – here are five reasons why. 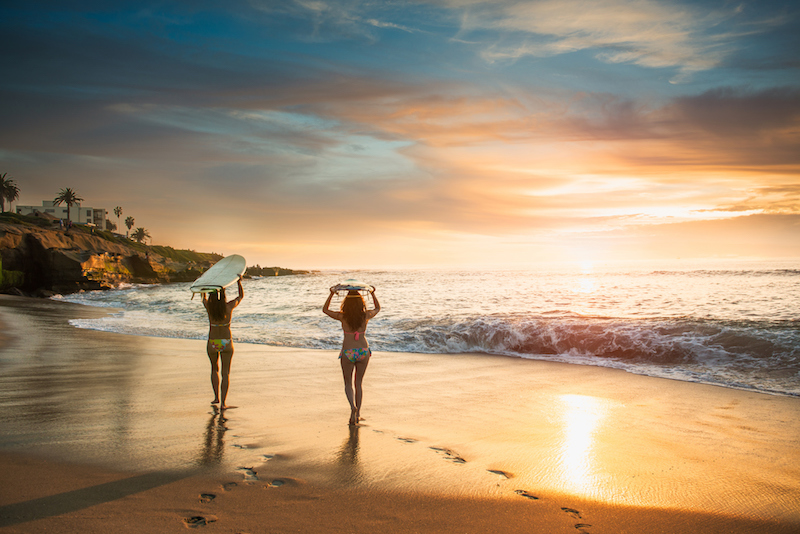 Given San Diego’s location at the southernmost tip of California, warm weather is a given. But the surprising thing about the city's climate is just how mild it can be. In fact, it's nearly always a couple of degrees cooler here than in most of Los Angeles – and if you've come close to melting during a day's LA sightseeing, you'll know why that matters so much. The reason for the odd discrepancy? San Diego's marine climate, which is strongly influenced by cooler Pacific Ocean airstreams. 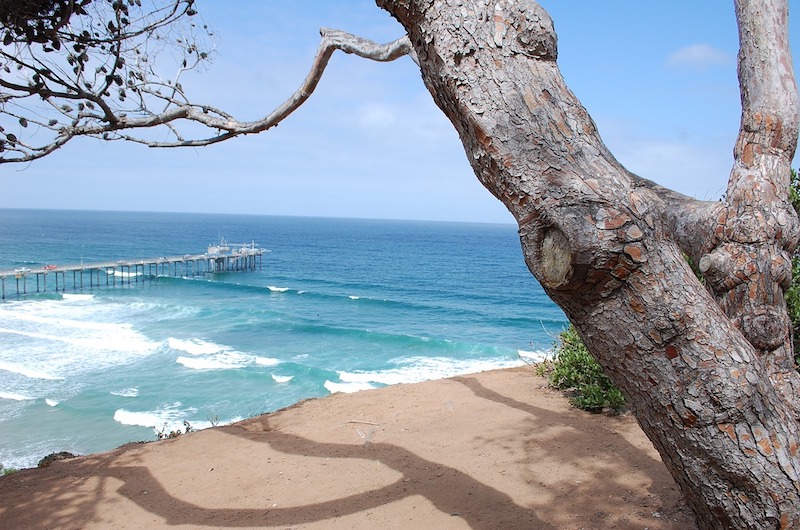 … which brings us to the thing San Diego is probably most famous for – its endless golden-sand beaches. More so than Los Angeles, where only a lucky few live within easy driving distance of the beach, San Diego is a city whose history, culture and lifestyle centre around the sea. With more than 112 km of coast within the San Diego city limits, the main challenge for a visitor is narrowing down which beaches to check out. Top of the list should be neighbouring Pacific and Mission Beaches where the endless array of bars, cafes and shopping options are as big a draw as the sun and sand. A little further south is Ocean Beach, an attractive surfer-bohemian neighbourhood with an excellent weekly farmers market. And don't miss La Jolla – by common consent, the most beautiful beach in the city. 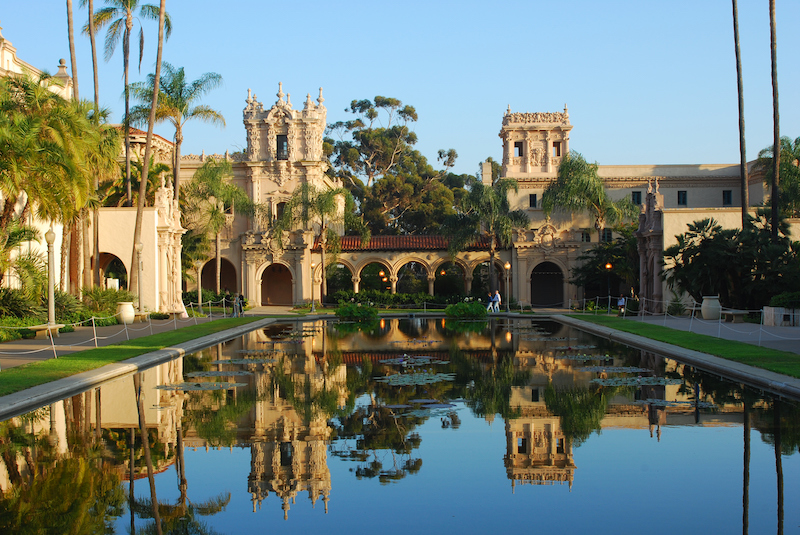 San Diego has one of America's highest concentration of parks per capita, and the jewel in the crown is indisputably Balboa Park. This place is huge – at almost 500 hectares, it's significantly larger than Central Park in New York – and you could spend days here exploring the museums (all 16 of them!), theatres, galleries and gardens. The architecture is mostly richly decorated Spanish Colonial Revival – a reminder of San Diego's longstanding ties with nearby Mexico. In fact, San Diego was the location of the first Spanish settlement in all of California back in 1769. That settlement expanded into a small town which remained the heart of San Diego until the 1860s when a new downtown was established. Today, Old Town San Diego is one of the city's best attractions, with superbly preserved historic buildings,  museums, galleries, restaurants and shopping. 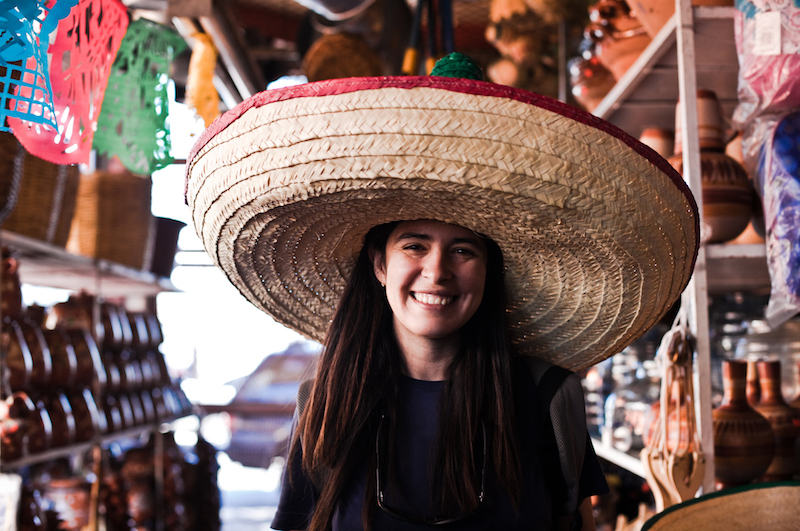 A tourist in a souvenir shop, Tijuana. Photo: Getty

It's said that one in three visitors to San Diego makes the time for a side trip to Tijuana. To which I say – what's stopping the rest of you? At only 35 km from downtown San Diego, the border town of Tijuana is an incredibly easy day trip. And, as long as you take some common sense precautions, it's also far safer than you may have heard. The best thing? Getting there can be insanely cheap, with tickets for the Tijuana trolley departing from San Diego's Gaslamp district costing a princely USD$2.50 each way. From the border, it's a short walk into central Tijuana, where you can spend the day shopping for souvenirs (try the Mercado Hildago, where you'll find local produce and restaurants), eating tacos (the fish tacos at La Mojoritta are superb), and wandering Avenida Revolucion, the main drag, and El Malecón, the seaside esplanade nearby. 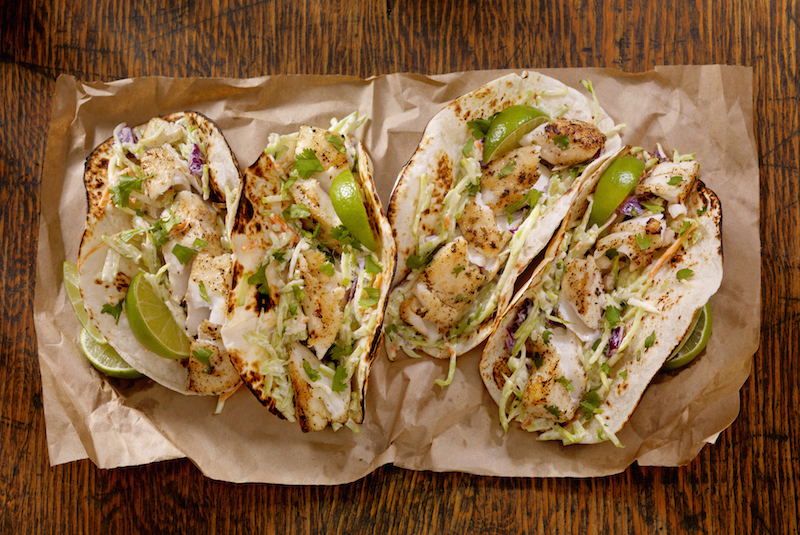 Even if you never make it to Tijuana, you'll find all the delicious Mexican food you could ever want in San Diego. Tacos of all kinds will keep you fuelled through a day's sightseeing. While the city is best known for its battered fish tacos, there's a huge range of fillings available, from smokey barbocoa beef to marinated adobada pork. For a more upscale taste of Mexico, try well-regarded restaurants Cafe Coyote, Casa Guadalajara and Ponce's. But there's a lot more to San Diego's culinary scene than just great Mexican food. Check out the seafood-only menu at Fishmonger's Market, the modern Japanese at the spectacular Cloak & Petal, or the playful vegan fare at Kindred.