How to do Summer in New York

Six weeks ago, Catherine McGregor abandoned New Zealand’s rain and cold for the New York heat. Here's what she's learned so far about spending summer in the city.

We're still recovering from a recent fortnight of unbroken 30+ degree temperatures, including a couple of days at over 35. Even when the mercury dips slightly, the thick mid-summer humidity can make walking more than a few blocks a sticky-shirted nightmare. 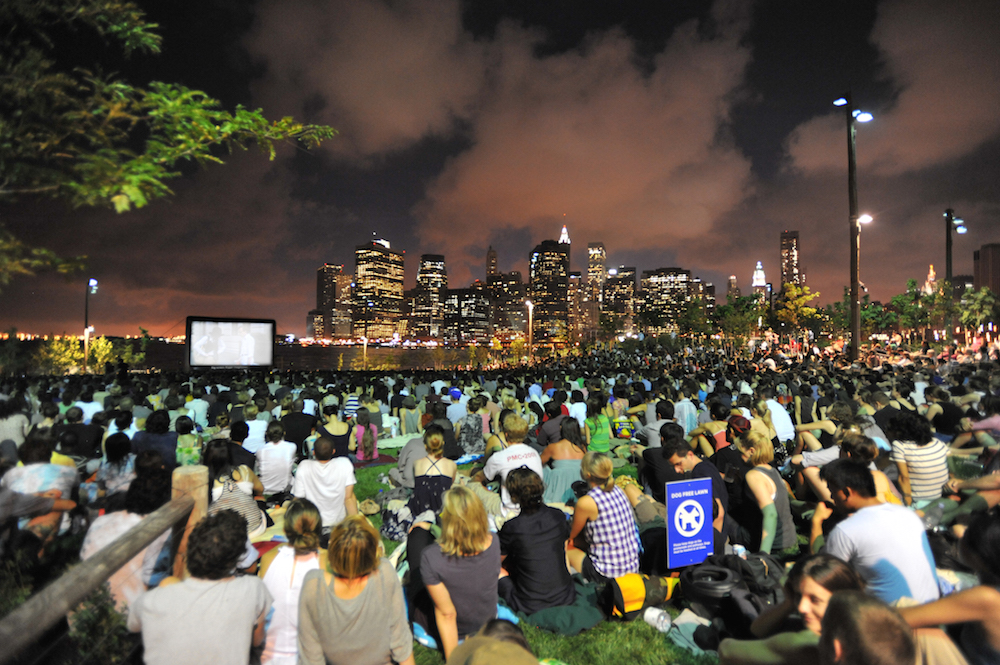 From Memorial Day in late May to Labor Day in early September (the unofficial end of summer), the New York calendar is packed with free outdoor movies, theatre, concerts, classes and tours. And not only on weekends. The other week I took a pilates class at Brooklyn Bridge Park on Tuesday, attended an outdoor lecture at Bryant Park in Midtown on Wednesday, and joined the audience for a screening of When Harry Met Sally on the Queens shoreline on Thursday. This weekend it's either a boy band (5 Seconds of Summer) or the Bard (Shakespeare in the Park), both in Central Park and both completely free. 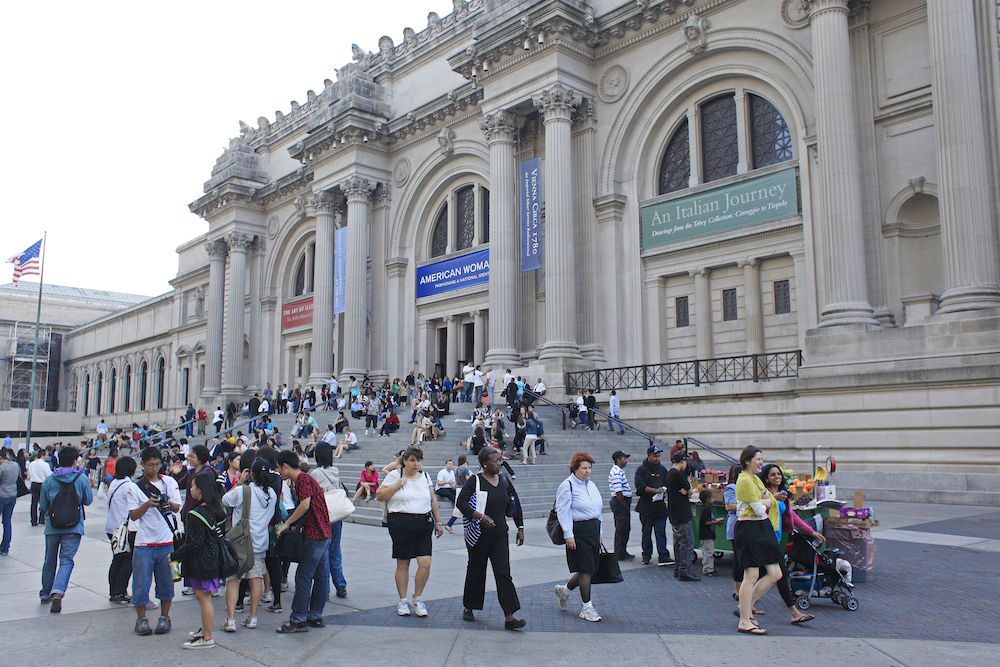 It's possible to outsmart the queues

With tourist numbers at their peak, it's worth doing some forward planning to avoid the madness. Get to major attractions like the Metropolitan Museum of Art and the Natural History Museum as early as possible. There's rarely a wait to get into the Empire State Building after 10 at night (it stays open until 2am). And if you're visiting the Top of the Rock observation deck at Rockefeller Center, be sure to buy tickets ahead of time in order to skip the line.

… and it's easier than you think to find peace and quiet

Want to escape the madness for a few hours? Central Park has you covered. Head as far north as you can, past 72nd Street and visitor drawcards like the John Lennon memorial, and you'll be sharing the park with surprisingly few other people. Park authorities have even designated certain areas “quiet zones”, which means no music, biking or organised sports. My favourite is the sunbathing mecca known Sheep Meadow – it's wi-fi enabled, so I can check Twitter as I roast. Other peaceful, picnic-worthy spots include Brooklyn's huge Prospect Park and the Upper West Side's Riverside Park, which stretches for more than six kilometres along the Hudson River waterfront. 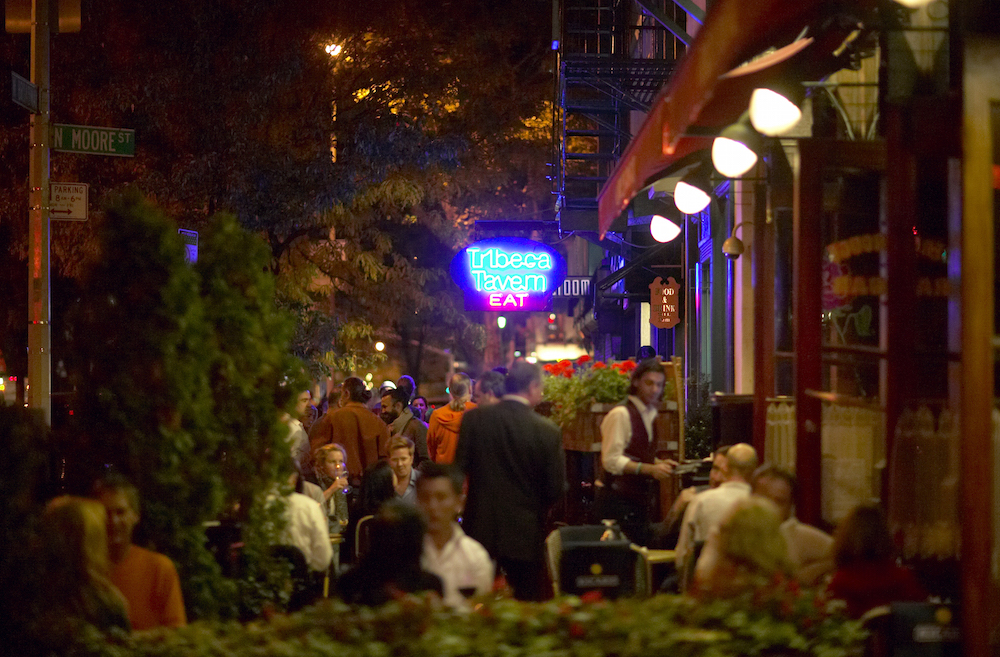 Eat al fresco as much as you can

If it's a really stinking hot night you might prefer to be inside and as close to the air con as possible. But you'd be missing out. Dining outside allows you a front-row seat to all the crazy, magical street life that makes New York summers so unique. You can eat outdoors all over town, but some of the best people-watching is in boho enclaves like the West Village and Brooklyn's Park Slope.

Get out of town

Despite the tourists, New York can feel oddly quiet this time of year, thanks to the annual exodus to beach houses and vacation homes. Follow the locals' lead – if only for a day – by heading to one of the many destinations just a short train or car journey away. Options include the historic towns of Cold Spring and Sleepy Hollow in upstate New York, Montauk beach on Long Island, and the lovely, 17-hectare Grounds for Sculpture outdoor art gallery in New Jersey. 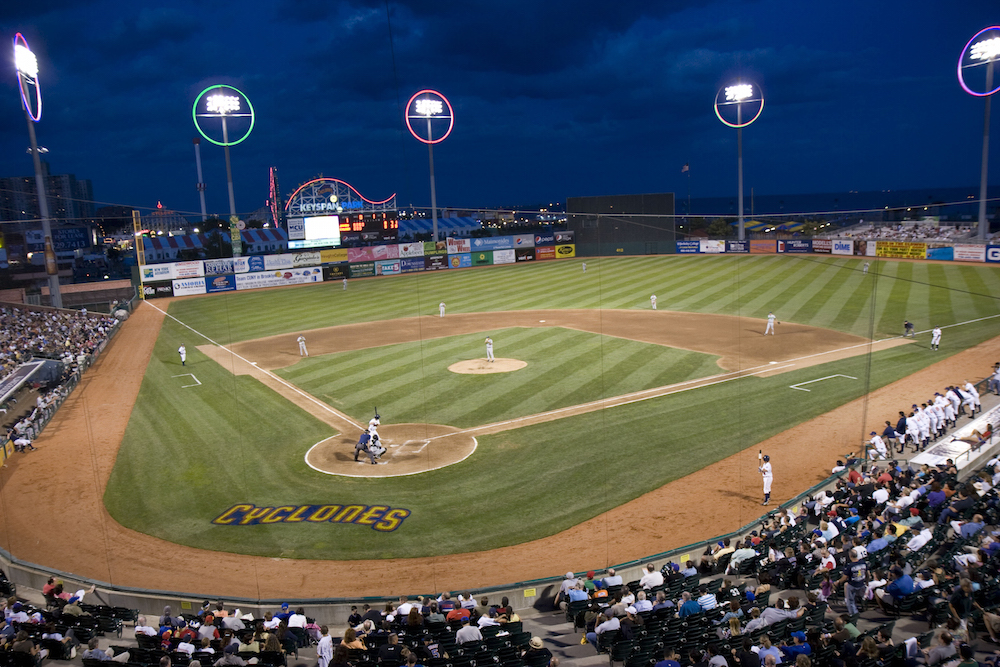 There's nothing more quintessentially American than baseball in summertime. Even if you have no idea what's going on (and they think cricket is hard to follow?), the experience – hotdog vendors, kiss cam, “Take Me Out to Ball Game” and the rest – is worth it. Yankees and Mets tickets aren't hard to come by, but don't discount Minor Leaguers the Brooklyn Cyclones. A good seat at a Cyclones home game costs less than US$20 and their Coney Island ballpark, on the doorstep of the famed amusement park and overlooking the Atlantic Ocean, is one of the most atmospheric in the country.