An insider’s guide to Toronto

For the past six months, expat New Zealand journalist Sam Boyer has called Toronto home. From the best neighbourhoods, to where to eat and drink, here's Sam's guide to Canada's biggest city. 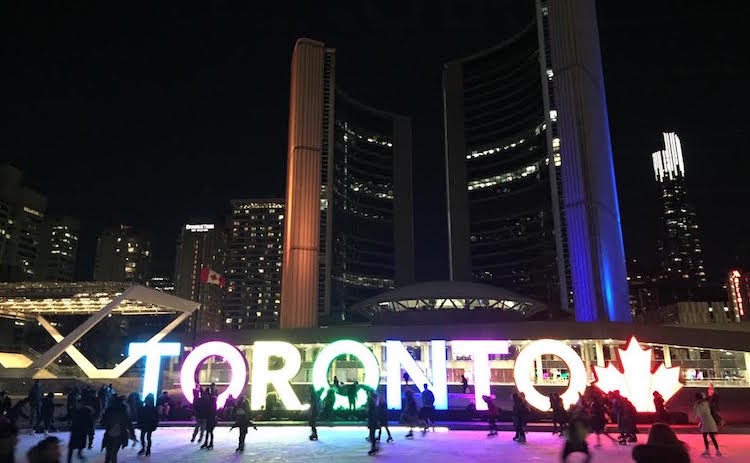 Skaters on one of Toronto's many free ice skating rinks. Photo: Sam Boyer

The 6ix, T.O., T-dot, Hogtown. Call it what you will, it’s all Toronto and it’s all good. The fourth-largest city in North America, Toronto is more than just the home of rapper Drake and a famously corrupt former mayor. It’s one of the most multicultural cities in the world, with epic dining and sports scenes. Even when you’re not ice skating on frozen ponds in the winter, or lazing on golden island sands off the coast on Lake Ontario, it remains one hell of a city to experience. So once you’re done sightseeing from the iconic CN Tower (think Auckland's SkyTower then add another 129 metres to it!!), check out these treats.

Toronto is one of the most ethnically diverse cities on the planet. Half of Toronto's population was born outside of Canada. This makes for some fascinating and distinctive neighbourhoods. Buy dumplings and cheap sunglasses in Chinatown, eat barbecue and shop for cartoon animal stationery in Koreatown, then eat a custard tart in Little Portugal. Among the other ethnic neighbourhoods are Little Italy, Greektown, and Little India. Each has its own sights and smells and feel. But for the “cool” neighbourhood – where you’ll find many of the city’s best bars, restaurants, and shopping – you can’t look past the area known as West Queen West. 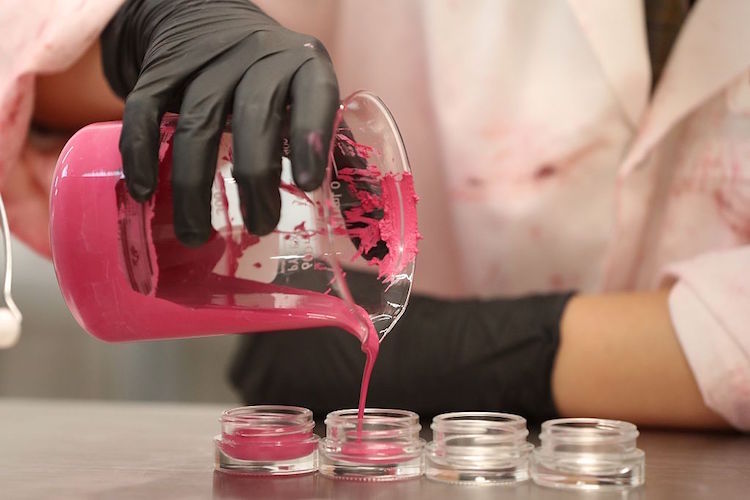 With its hip boutique hotels (The Drake and The Gladstone), art galleries, trendy diners and vintage stores, the area of Queen St West between Gladstone Ave and Bathurst St was, in 2014, named by Vogue as the world’s second-coolest neighbourhood. Although the popular Canadian rock band, The Tragically Hip, isn’t named after this urban strip, they could have been. If you’re sporting a beard, large-framed reading glasses and tattoos, then this is your zone and these are your people. Shop your way down the 2-kilometre strip; grab a coffee at White Squirrel Coffee Shop and pop into beautiful Trinity-Bellwoods Park in search of the cafe’s illusive albino namesakes; design your own lipstick at Bite Beauty Lip Lab; or sip on some cocktails at Bar Fancy (which has no sign, so look for the neon tiger’s head down an alleyway. Obviously). 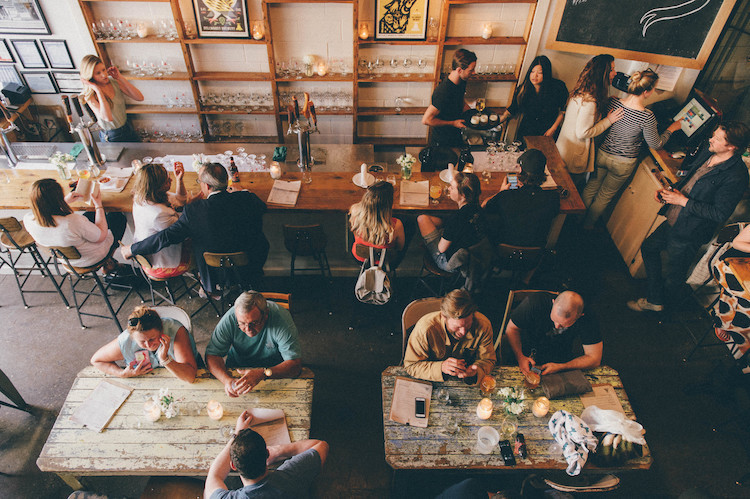 Speaking of beards … the craft beer scene is booming in Toronto and, unlike many other cities, it’s centered right downtown. For upmarket microbrew pubs, you can’t go past Bellwoods Brewery on Ossington St, just off West Queen West or, only slightly further afield, in Bloordale, visit Burdock and try some fried duck bologna with your huckleberry saison beer. And if you decide to follow your fancy beers with some fun on the town, Toronto has that covered too. Playing games while you drink is a joyful new trend. Get Well, on Dundas St West, has dozens of 90s arcade games. Expect queues on weekends: Get Well has, among other games, Frogger and Double Dragon. Elsewhere, Track and Field on College St West, has 300-square-metres of bocce (think petanque) and shuffleboard (kind of like bowls, but you push a puck with a stick); Smash, and SPiN, are both ping pong bars; and Snakes and Lattes has hundreds of board games to play alongside your beer and burger. For a unique dining experience, eat at Côte de Boeuf, a butcher’s shop by day that transforms into a French wine bistro by night. If you’re organised enough to book three weeks ahead, reserve the private “butcher’s table” for a group dinner at the very table your cut of beef was earlier prepared. 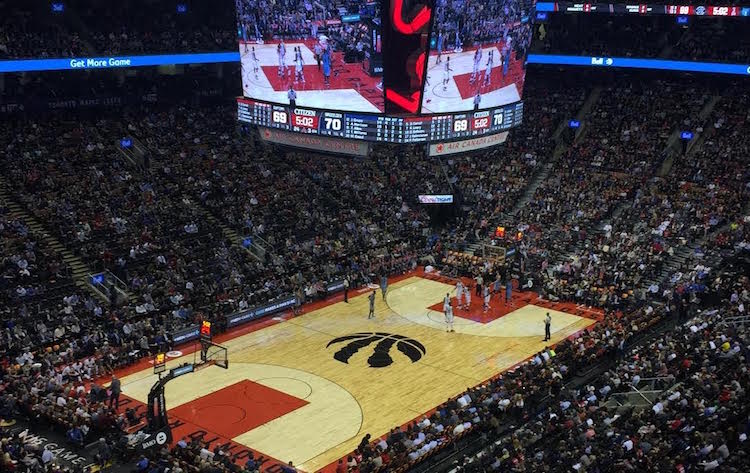 You like sport? Sure you do. And if you don’t, consider it a cultural exploration. Toronto is a proper sports market, with teams in almost every major league. Perhaps historically guilty of some fair-weather fandom, Blue Jays baseball fans now flock in droves to the Rogers Centre to support their team. The Jays, in recent years, have been very good and are well worth a watch. Pro tip: buy the cheapest ticket. Rogers Centre has a bar in centre field. So, while your actual seat may be way up on the top terrace, arrive early and settle into a spot at the bar overlooking the pitch. Elsewhere in summer, you can head to BMO Field to watch Toronto FC play Major League Soccer. In the winter, the Raptors in the NBA (basketball) and the Maple Leafs in the NHL (ice hockey) both play at the Air Canada Centre. It’s easy enough to buy tickets for any home team except the Maple Leafs, where most seats are owned by season tickets holders and the average re-sale price for a game is roughly NZD$500. Actually! But if you’re dying to see some hockey, go watch the Leafs’ feeder team – the Marlies – play down the road for $15. 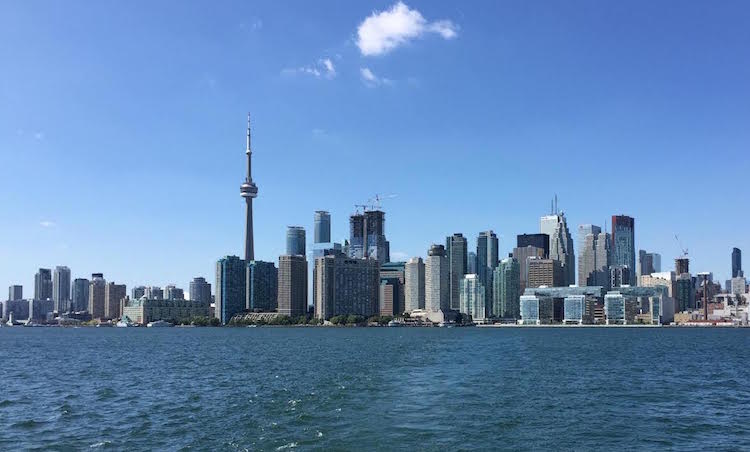 The city skyline from the ferry to the islands. Photo: Sam Boyer

For a final couple activities, visitors to Toronto should really try these: If you’re tough enough to brave the winter (which yes, at times, reaches -30C), an ice skating excursion is a must. While there are dozens of free outdoor artificial ice rinks, it’s a pretty neat feeling gliding over huge Grenadier Pond in High Park, feeling the bumps of scrapes of a naturally frozen body of water. At the other end of the weather spectrum, when the temperatures and humidity are soaring mid-summer, take the ferry over to one of Toronto’s islands (yes, really) for a dip in a Great Lake. Or better yet, take a bicycle over with you and explore all the beautiful beaches for a stunning day out.