It's hard to define the phrase “pura vida” – which it seems you hear in Costa Rica every 10 minutes or so – but it has the feel of a Kiwi “no worries” or “sweet as”. And indeed nothing seems to be a worry in Costa Rica. The people are friendly and laid back and, while I know looks can be deceiving, it certainly seems like they don’t have a care in the world.

The capital, San José, is a fairly ordinary Central American city where it'd be easy to while away a couple of days window shopping and checking out the churches, cafes and the jade and gold museums. But I wanted some beach action, so, despite only having a short time in Costa Rica, we decided it was worth hiring a car and heading south for a couple of days to the Pacific coast. 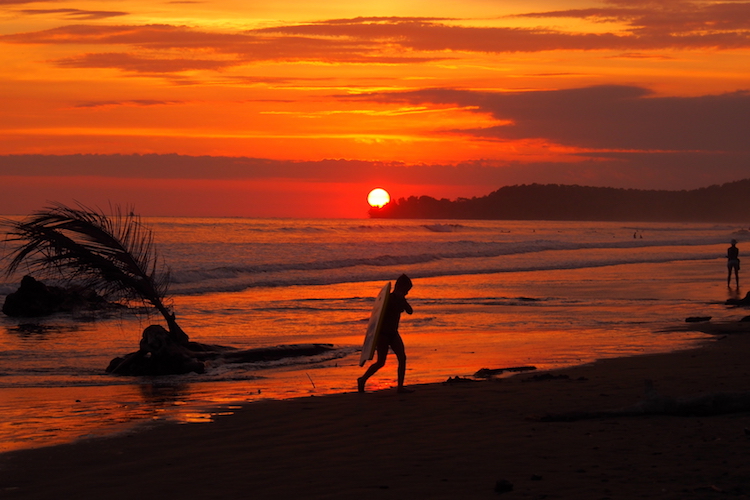 As a Kiwi I'm pretty used to swimming in water that's on the colder side. Even on a hot day in Auckland the water often has that initial chill which causes that sharp intake of breath as you head in past your navel. Not so at the beach we visited in Uvita at the north end of the Ballena National Marine Park. All concerns at the 'Peligro Cocodrilo' signs – yes that does mean 'Beware of the Crocodiles' (only in the bush, not on the beach, thank goodness) – disappeared as we slipped into the warmest seawater I've ever experienced. It was like being in a giant crystal-clear bath and I never wanted to leave.

From December to April this area is known as one of the best places in Central America to watch humpback whales on their migratory journey south. Strangely enough, viewed from above, part of the beach is shaped like a giant whale's tail. Unfortunately we arrived just after the season had ended, but I'd love to come back to whale-watch, snorkel and explore more of the wildlife. The national park is home to a huge range of activities including boat tours, waterfall excursions, horse riding, fishing, surfing and canyoning. It's a stunning area. 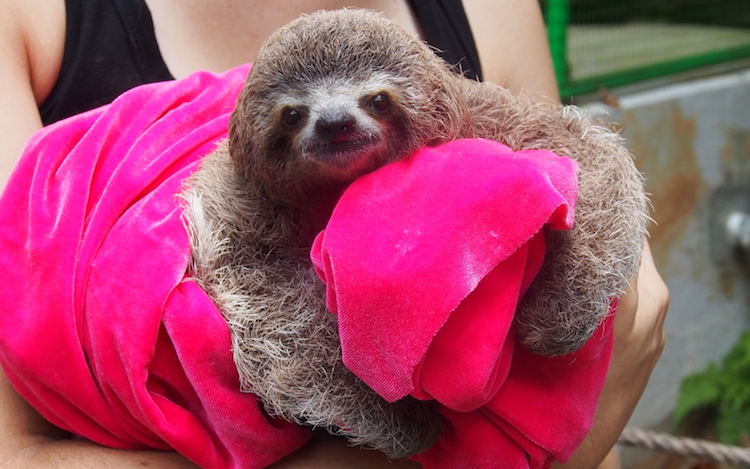 It has always been one of my dearest wishes to see a sloth up close and personal, and we'd heard there was currently one at the nearby Alturas Wildlife Animal Sanctuary. It took some driving up through some fairly potholed roads out of Dominical, the beach town that was our base for our stay, but it was totally worth it. We arrived to be told there wasn't another tour for an hour, but when we saw where we could pass the time we weren't at all upset. The sanctuary is part of a hotel complex with excellent cocktails, a lovely pool and sweeping views of the sea. Funnily enough, with the help of some very good mojitos, the hour flew by.

The Alturas sanctuary is small but incredibly rewarding. It was set up as a non profit organisation for Costa Rican wildlife that are injured or in need of care, with the goal of helping them back to health and then returning them into the wild. Unfortunately some of the animals have been exploited or have permanent physical disabilities and cannot ever return.

Mike, the director of Alturas, is a bit like a laidback Doctor Doolittle. The macaws, toucans, monkeys, anteaters – and other animals I've never even heard of – all clearly love him and several got quite upset when their cuddle time was over and he moved on to the next animal. While our visit gave us a sad insight into animal cruelty, it was truly heartening to see what people like Mike and his team are doing to save abused and mistreated animals. And yes, I did see a sloth, even better a baby one, and he was every bit as adorable as I'd imagined. Tick that one off the Costa Rican bucket list! 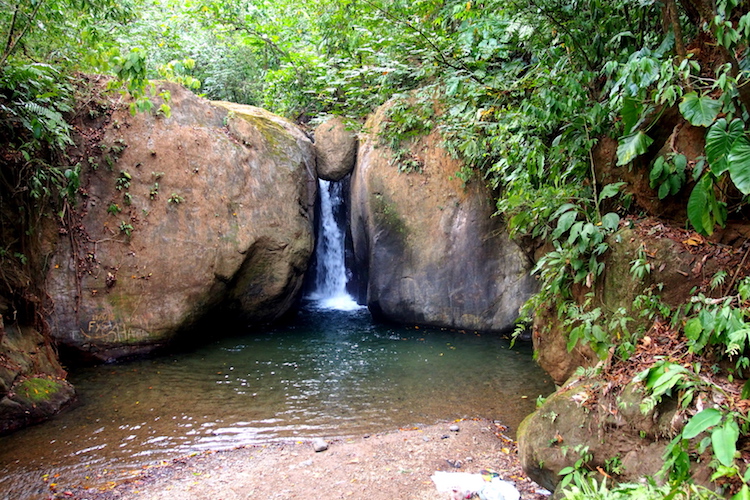 One last waterfall swim before heading to the airport. Photo: Alexia Santamaria

On our way back to San Jose we stopped at Restaurante Tilapias, where you catch your own fish for lunch from a series of pools on the property. It was good for novelty value, although slightly embarrassing when the six-year-old in our party turned out to be the best fisherman of us all. After lunch we headed to the local waterfall for a swim before reluctantly heading back to San Jose to catch a flight out.

On a flying visit of only 48 hours, I'm well aware I only got the merest taste of the Costa Rican beach experience and am desperate to get back for more. While Dominical is definitely becoming more tourist-focused there are still many pockets nearby where you can get some seriously undisturbed Costa Rica R&R, pura vida style. I'll be back for sure.