If the lure of a Pacific Island paradise holiday, or an escape to the humidity, street food, and cheap beer of South East Asia has you travelling soon, there are a few essential things to remember when packing for a hot climate. Some are obvious, some are less so, but all will help you avoid discomfort and ensure that your holiday is as sweat-free as possible. Here are some essentials for a hot holiday abroad. 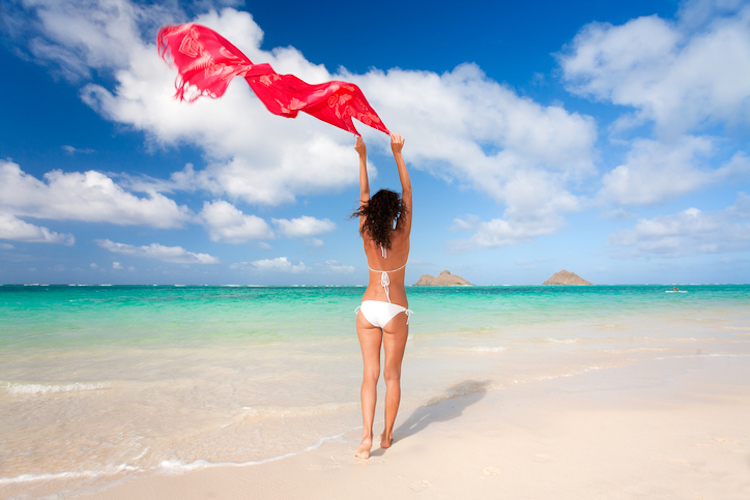 Bear with me. I know it sounds counter-intuitive during summer, but anywhere there is air-conditioning, including airplanes, can fast turn from a chilled haven to an icy den of discomfort. A woolly scarf may seem extreme, but on a long haul flight it may end up being your best friend, as it moulds into a perfect pillow around your neck, and a comforting blankie all in one. For a shorter flight – and a lighter option in your carry-on – a thin but still large scarf, or a Turkish towel, will have a similar effect.

Like a giant scarf, a Turkish towel (a light cotton towel that doubles as a scarf and sarong and pillow) is a versatile item that can take you from lounging on the beach, to a unisex skirt/sarong at lunch, to a pillow on a bus. Quick drying and light to pack and carry, this is an underrated addition to any summer holiday.

Maybe you are an organised person in the first place. Or maybe you think you’re organised, but in practice that extends only as far as packing enough clean underwear. Either way, unless you’re a parent of small children or an allergy-sufferer prone to a runny nose, tissues may not be in your day-to-day arsenal. When travelling they are highly recommended though; not only to mop up that sweaty brow, but also to wipe that piece of fruit, keep you calm when there’s no toilet paper, and wrap up your toe if your jandals get so sweaty you slip and stub them (speaking from experience). The usages of tissues are basically endless. Bonus points also here for hand sanitiser and wet wipes: yay for hygiene on holiday!

If you’re doing any amount of walking during your summer sojourn, chafing cream may just be the best friend you never thought you needed. It’s an often overlooked travel companion, but you'll be so pleased you thought to bring it – if there’s one thing you want to avoid it’s trying to explain what chafing is, in a language you don’t speak, at a pharmacy counter. For any areas that may be prone to, errr, skin on skin friction, chafing cream should be in your bag always. Bike shorts are also an absolute hidden gem for avoiding this! 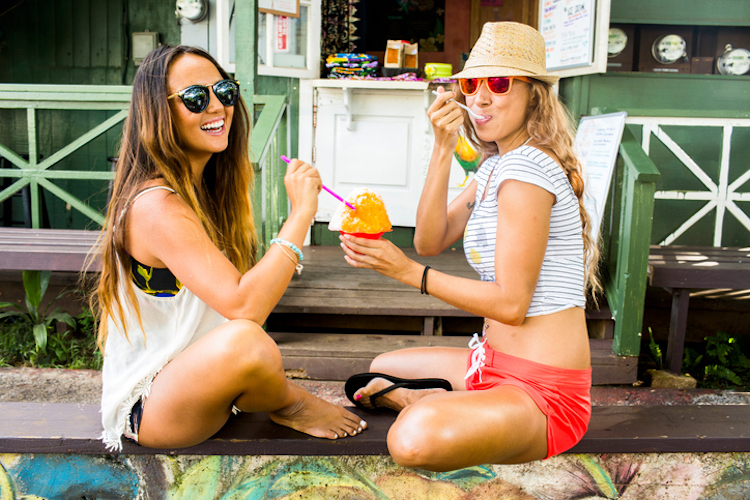 I used to always carry either a packet of M&Ms or a Snickers bar in my handbag when travelling, for, you know, those chocolate emergencies: waiting around at a bus station in the middle of nowhere with no food vendors in sight, or late night at an airport, or between meals on a long-haul flight. That was, until, a melted, half eaten Snickers bar ruined my favourite travel bag. Believe me: finding a sodden brown mess in the bottom of your bag after a day of sightseeing in Hong Kong is no laughing matter. Maybe try almonds instead. You’ve been warned.

And amidst all of the above, don’t forget the actual essentials: things like keeping a copy of your passport and important documents scanned in your email, togs and loose clothing, sun-block and insect repellent. And if you do forget your toothbrush, don't panic: it really is most likely you can buy one at your country of origin. Be prepared, stay sweat-free, and most of all, relax and have fun!