Instagram this: Seven colourful towns that look great in photos

What are the most instagram worthy places in the world? Keep reading!

Are you a fan of the ‘more is more’ mentality when it comes to colour? You’re not alone. From psychedelic streets to peppy pops of colour, brilliant hues brighten your mood and make for fantastic photos to boot. The following cities, towns and villages are the perfect getaway spots for those who love a bit of vibrant extravagance. 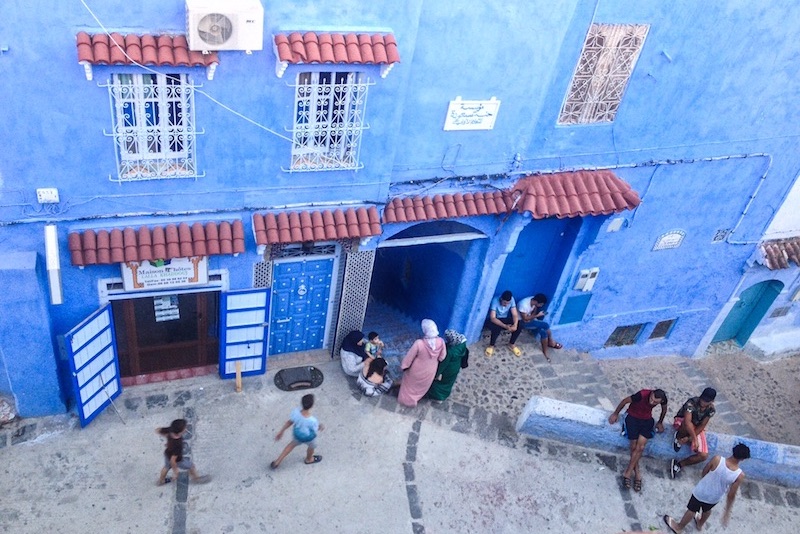 Nestled in Morocco’s Rif mountains, the ancient city of Chefchaouen takes its colour scheme very seriously. Almost every building in Chefchaouen’s medina (old town) is painted in a dazzling shade of blue, casting a turquoise glow on everything and everyone that passes through the city walls. Combine the royal blue hue with the traditionally colourful Moroccan market stalls and you’ve got yourself a bustling kaleidoscope of colour. Theories behind the blue paint vary. Some say it’s to deter mosquitoes, others say it was a trend brought in by migrating Jews. Whatever the reason, everyone can agree the results are stunning. Getting sick of blue? Make a pilgrimage to the Spanish mosque at sunset to see The Blue Pearl bathed in pink and gold. 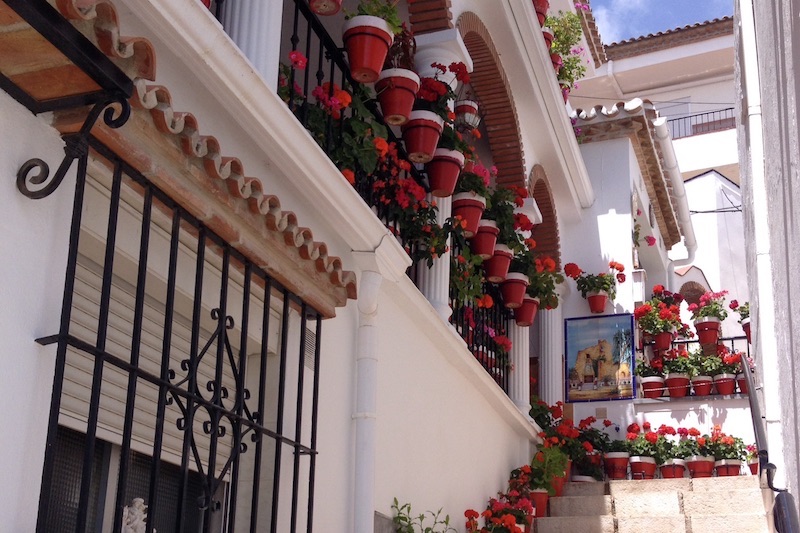 Much like Chefchaouen, there’s a practical reason for the whitewashed aesthetic of Mijas Pueblo. The hillside town bakes in 35 degree temperatures in summer, making keeping cool a priority. To break up the monotony, the locals of Mijas have taken to the garden. The sloping streets are lined with hundreds of red and pink blossoms poking out of multi coloured pots. Some houses keep it sparse, others are surrounded by a potted rainforest. The village is home to plenty of artists, many of whom specialise in creating the gorgeous Andalusian pots and vases which dot the town. 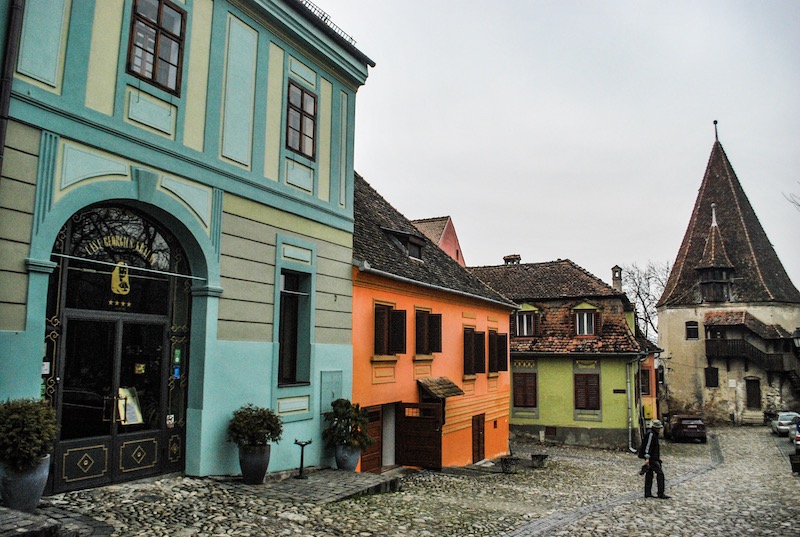 Prefer the look of an exploded paintbox to a rigid colour arrangement? Head to Sighisoara, the Transylvanian town where no two houses are alike. Bright oranges clash with bubblegum pinks, and the result is so delightfully quirky it’s hard to believe Sighisoara was the birthplace of Vlad the Impaler, the torture-loving prince who inspired the tale of Dracula. Climb the town’s clock tower to view Sighisoara from above. You’ll find a liquorice all-sort town fit for a fairytale. A hidden gem it is not, but few can deny the sweetness of Cinque Terre. These five coastal villages on Italy’s north-west coast are a jumble of colour, from the pastel Tetris block architecture to the lush vineyards and the glittering azure of the sea below. Take your pick from Riomaggiore, Manarola, Corniglia, Vernazza or Monterosso, or better yet, take your time and visit all five. The dramatic coastal scenery is stunning year-round, so visit outside of high season to avoid the crowds. Cars are banned in the villages, allowing plenty of space to stop and stare at every turn. 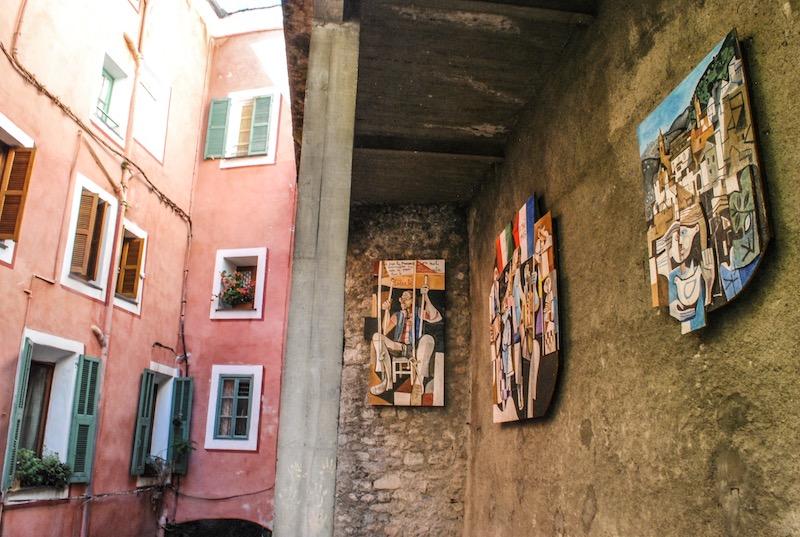 If you’ve ever pictured yourself as a French movie star, Saorge is probably the artsy backdrop you had in mind. This tiny medieval village juts right out over the Vallee de la Roya in Eastern France, has spectacular mountain views offset by gorgeous pastel-hued walls and artwork. The paint might be peeling, but that’s half the charm. Worried the place could conceivably topple into the valley below at any moment? Don’t be. The former military stronghold has been standing for centuries and is home to a population of 400 hardy French retirees. 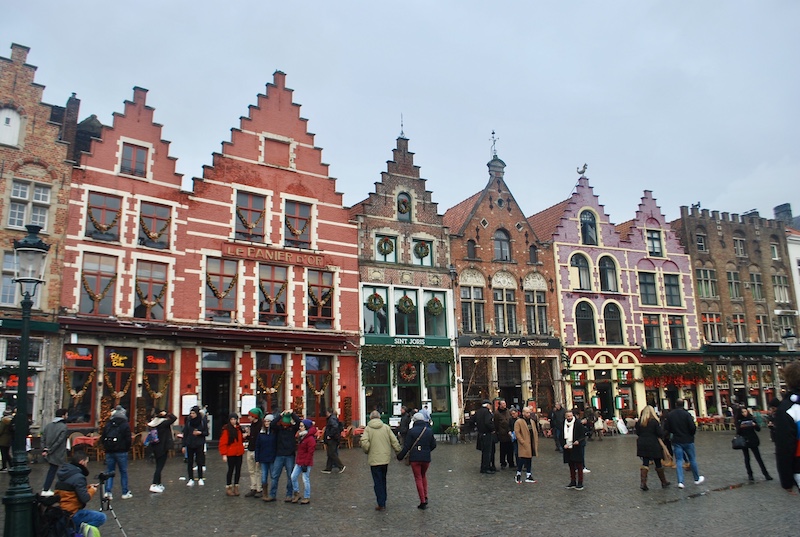 Fans of the cult-classic film In Bruges might have a hard time imagining Bruges as anything other than the foggy wasteland the film’s main character purports it to be. Indeed, the weather in Belgium is famously damp, but the city of Bruges, particularly the town’s market square is pretty enough to lift the soggiest of spirits. The cardboard cutout facades of former guild halls line the square. Most now house bars and restaurants, with each building painted a different colour. At Christmas time, the vibrancy is bumped up a notch, with fairy lights twinkling from every doorway, and elaborately decorated stalls vying for attention. 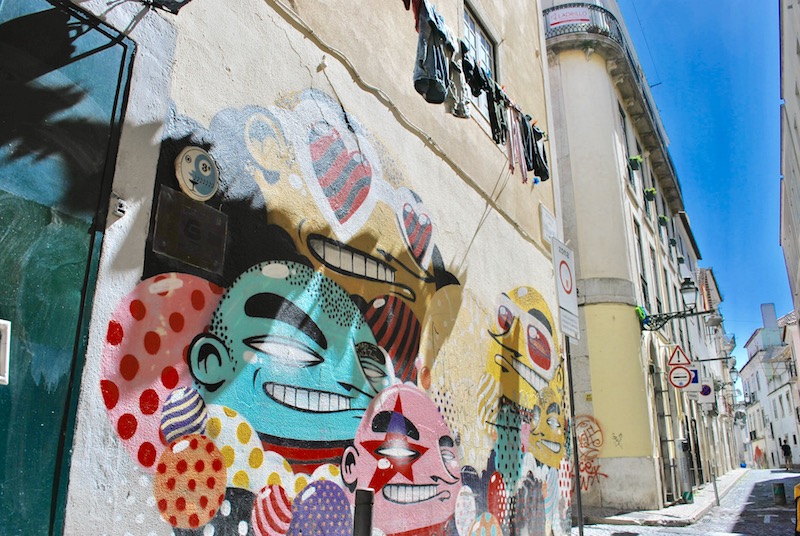 It might be one of the oldest cities in Europe, but Portugal’s capital is constantly reinventing its look. Since the 70s, Lisbon’s streets have been a canvas for artists near and far, and taking a walking tour of the city today is like visiting an open air gallery. From commissioned artists to teen taggers, hundreds have left their mark on Lisbon in bright, bold colours and patterns. From shop fronts to public transport, nothing is spared. Want to hear the stories behind the artwork? You can take a Street Art walking tour with local artists which will give you the inside scoop on the latest graffiti creations. If you’re a bit more of a traditionalist, parts of the city are still adorned with thousands of ornate Portuguese tiles (azulejos), adding a touch of geometrical order to the colourful chaos.