Movie-making is big business, especially for the locations where successful movies were filmed, which can continue to draw huge numbers of visitors seeking to see for themselves where all the action took place.

Fantasy trilogies Lord of the Rings and The Hobbit have been huge successes in promoting New Zealand abroad, with thousands of travellers who may not have even heard of the country, much less had any intention of visiting it, suddenly enticed to visit the real "Middle Earth".

In the first two months of this year, nearly 2.8 million international visitors arrived in New Zealand, 9.5% higher than the same months in 2013.

So what are some of the other locations around the world which have benefited from the lens of a Hollywood camera over the years? 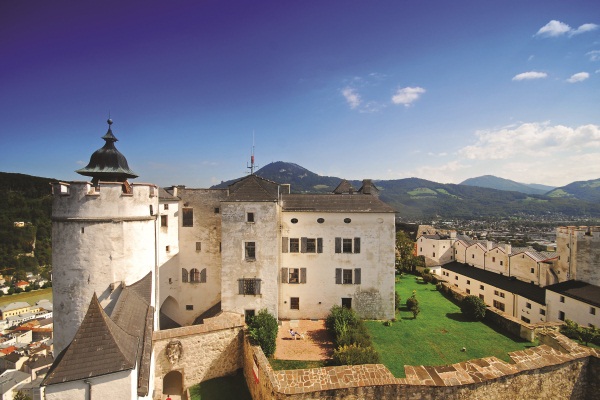 Austria in Sound of Music

It's difficult to imagine Salzburg in Austria having anywhere near the popularity it does without The Sound of Music.

Originally a Rodgers and Hammerstein musical, the film adaptation uses a range of real locations in and around the city, which devotees of the Von Trapp's flock to in their thousands every year.

The locations are a diverse bunch, from the castles of Fuchsl and Schloss Anif to the Salzkammergut Lake District, and the mountain of Mellweg to the different locations used to represent the Villa Von Trapp. 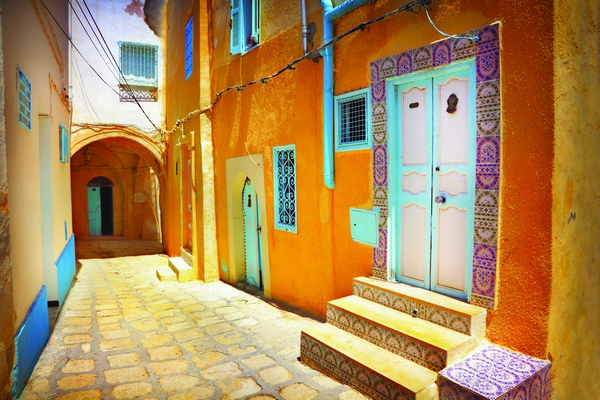 Well off the beaten track for tourists, one of southern Tunisia's claims to fame is as the birthplace of future Jedi Master Luke Skywalker. The subterranean Hotel Sidi Driss was the location George Lucas chose as the home of the hero in his 1977 Star Wars movie A New Hope.

The franchise in fact called Tunisia home twice, as it was used again for the later prequel The Phantom Menace, where a set was constructed to be the hometown of Luke's father, and later-to-be Darth Vader, Anakin Skywalker.

The set remains to this day as a big drawcard for sci-fi fans, but are under threat by shifting sand dunes from the surrounding desert. It's a measure of how seriously the country takes this that their tourism ministry has launched a Save Mos Espa campaign, aiming to raise 300,000 Tunisian dinars (about NZ$220,000) for the restoration of the site. 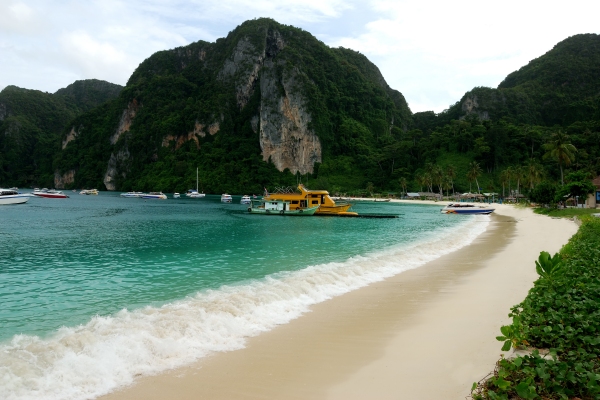 Thailand in The Beach

The white beaches, lush tropical rainforest and clear waters of the Thailand island Koh Phi Phi Leh have become famous as the setting for the Leonardo DiCaprio movie The Beach. The movie's success has played a large part in the island's iconic status as a tourist destination.

Every day thousands of travellers arrive at the awe-inspiring Maya Bay, ringed by 100-metre-high rugged mountains, following in the steps of the movie's protagonist who goes on a mission of self-discovery in Thailand armed only with a cryptic map. 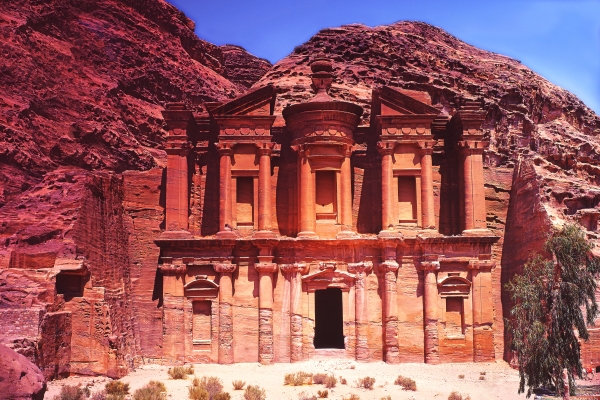 Jordan in Indiana Jones and the Last Crusade

Nowadays a widely-recognisable destination in its own right, the city of Petra in Jordan gained much of it's current prominence through being featured in the later scenes of Indiana Jones and the Last Crusade.

The city's role in the movie as a secret temple hidden for hundreds of years is not too dissimilar to real life, where the elaborate buildings hewn out of the sandstone cliffs remained hidden from modern eyes for thousands of years until it was rediscovered in 1812.

While situated in one of the world's more unstable political hotspots, today the city referred to as the "rose red city", due to the colour of the cliffs, still attracts large numbers of tour groups of travellers keen to see this ancient site popularised by the modern world of cinema.