Every country has their own culture and some celebrate their uniqueness in the form of festivals with a dash of competition thrown in. Here's round up of seemingly odd world festivals; from throwing tomatoes in Spain, nude surfing in Australia and cheese rolling in England. Check out these wacky festivals from around the globe.

Line up for the world’s biggest and craziest food fight ever in Spain. The tomato battle or “La Tomatina” is one of Spain’s most recognised festivals where participation by everyone is not only allowed – it’s expected!

Before the fiesta begins, locals protect their homes with plastic sheeting, ready for the onslaught. Then the lorries arrive and the fiesta begins. The fight (with truck loads of ripe tomatoes) takes place on the last Wednesday of August between 11am and 1pm in Buñol, near Valencia. 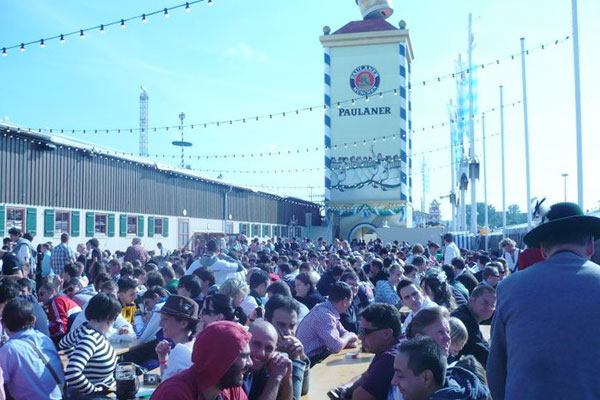 Oddly, Oktoberfest starts each year in September and runs for 16 days in Munich, Germany. It is the world’s largest fair and the most important attraction is ‘liquid gold.’ Each year more than six million litres of beer is drunk. Approximately six million people attend each year. It is free to enter but recommend you book space as the beer tents always book out and those without seats don’t get served beer!

Liars Festival – Moncrabeau, France
Each year in August in Moncrabeau, France, the Liar’s Festival is a place to indulge in ‘porkies’ and fantastic fabrications. At this annual yarn-spinning festival the biggest liar walks away with the crown.
Tale-tellers, jokers, leg-pullers, wind-up merchants and bare-faced fibbers get together for an orgy of delusion, a feast of tall tales, the biggest congregation of shaggy dog stories since... the last liars' festival.
Every year there are entrants from all over the world spinning their yarns. The rules are simple – tell a good (but untrue story) while avoiding the subjects of sex, politics and religion and if you’re the best fibber you could be crowned king of the liars!

Every year in July the city of Poryong in South Korea plays host to one of the dirtiest festivals in the world. So bring out the messy child in you and head for the annual mud festival.

Poryong is world-renowned for high quality mud that is known to be an excellent treatment for the skin. The mud contains important minerals which are said to reduce wrinkles and remove excess oils.

At the festival expect to apply mud packs to every part of your body, indulge in mud body painting, the mud beauty contest and even participate in the mud sculpting contest. And then of course there’s the slides, the obstacle course and what would a mud festival be without... mud wrestling?

Nude Night Surfing – Sydney, Australia
If hanging ten and being uninhibited is your thing then take to the waters off Sydney’s famous Bondi Beach for a spot of nude night surfing. This particular sporting attraction takes place in the height of the Australian summer over the Sydney Fringe Festival giving you the chance to flash your rude bits.. 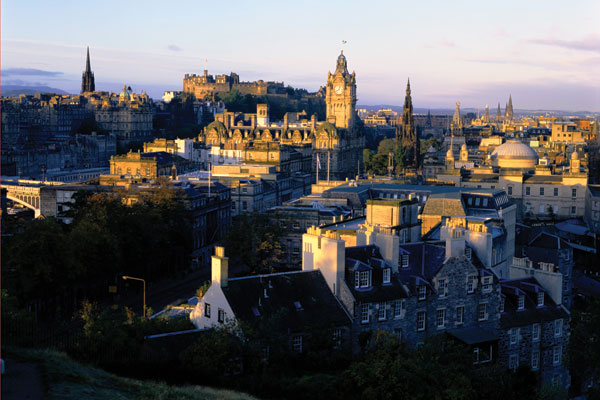 From 29 December through to 1 January each year, Edinburgh comes alive to see in the New Year. The four day street celebrations attracts visitors from across the globe for one of the biggest New Years Eve parties in the world. The big night of New Years Eve includes four stages with four hours of music, lights, lasers and partying and finishes with a spectacular fireworks display. It has to be experienced to be believed!

If you fancy yourself as the Hendrix, Clapton, Slash or Van Halen of air guitaring then you need to pack your ‘axe’ and head for the crazy air guitar championship in Oulu, Finland.

Pioneered in 1996 to coincide with the Oulu Music Video Festival, this mad competition is open to anyone who can rock the airwaves with their ‘guitar’. Experience exaggerated strumming, crazy picking and a bit of lip-synching as you watch hopefuls ply their trade.

Cockroach Racing – Brisbane, Australia
Since 1982 Queenslanders have been celebrating Australia Day with the Cockroach Racing World Championships. So join in the fun every January at the Storey Bridge Hotel – you can bring your own favourite hairy legged crawler or you can buy one on the day.

The day begins at 12pm around a boxing style ring as the roaches get set for their big moment. Entry fees and cockroaches start from $5 each with all proceeds going to charity.

May sees the annual cheese rolling down Coopers Hill in Gloucester. Traditionally the cheese rolling was by and for the local villagers but now people from all over the world join in. At the top of Coopers Hill a huge round of double Gloucester cheese is rolled while competitors race down the hill after it.

The first person over the finish line at the bottom of the hill wins the cheese. In theory, competitors are aiming to catch the cheese, but since it has a one second head start and can reach speeds up to 112 km/h this rarely occurs.

Coopers Hill is exceptionally steep and not a good choice for a gentle stroll, let alone a mad dash after a big, rolling cheese, so beware - injuries such as concussions, ankle sprains and broken bones can occur.

If you’re interested in travelling to any of these interesting destinations we’ve mentioned or need more information phone 0800 38 44 38 or contact one of our Flight Centre travel experts – 135 stores nationwide.