If you're going to spend more than 17 hours flying Auckland to Dubai direct, why not do it in style? Sharon Stephenson experiences business class on the world's longest flight.

When you live in New Zealand, you get used to spending hours squashed like a sardine into a flying tin can. It's the price you pay for living at the bottom of the world.

But what if travelling to Europe, Africa or the Middle East wasn't something to be rushed through as quickly as possible, teeth gritted and eyes rolled skywards? What if the journey was luxurious, relaxing and, gasp, as much fun as the destination?

I found out recently when the travel stars aligned and I managed to snag a seat on Emirates' new direct Auckland to Dubai route – in business class.

That's right, 17 hours and 20 minutes at the pointy end of the plane, for what became the world's longest flight in March this year when Emirates launched the direct 14,192km route.

It sounds fantastic (and it was) but we're getting ahead of ourselves. First you have to deal with the dirty looks. Because when they call business and first class passengers to board first, your economy-travelling fellow passengers can give you a certain look. I know because I've done it myself. 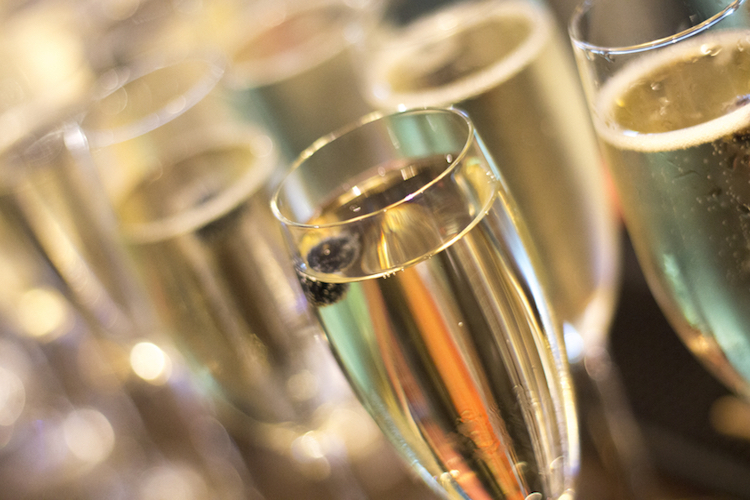 Bubbles to celebrate the start of an epic journey. Photo: iStock

Thankfully, the gracious cabin crew are ready with a glass of bubbles which helps to take the edge off. It's as though I've gone through a tardis: on one side, the chaos of Auckland Airport and an almost missed connection from Wellington, on the other, an oasis of calm where everyone smiles a lot and bubbles are the drink du jour.

I've been lucky enough to fly Emirates to Dubai via Australia a couple of times which was lovely BUT the enforced lay-over in Melbourne, Sydney or Brisbane was time-consuming and, to be honest, a little irritating. Having gone through immigration when departing Auckland, a few hours later you have to do it all again. Once, it also cost me $90 when a moisturiser I bought at Dubai Airport wasn't sealed properly (the shop's fault, which I didn't notice) and the grumpy Australian security official took it off me). Did I also mention the direct route shaves three hours off the flight?

Not surprisingly, when Emirates launched their direct route, I was the first to put my hand up.

The aircraft used on this route are Boeing 777-200LR (sadly not A380 Airbuses which have the fantastic bar at the back of business class). The good news is that the Boeings are purpose built for ultra long-haul flights, carrying up to 266 passengers.

There are three cabin classes, including eight first class suites, 42 lie-flat business class seats and 216 economy seats. The set-up in the 777s isn't quite the same as the A380 Business Class experience, where you get your own cosy compartment. Instead, the 777-200LR Business cabin has 42 seats in a 2/3/2 configuration, which still provides reasonable privacy as there's a dividing screen between you and your neighbour.

It's the usual story with the baggage allowance – economy passengers get 30kg, business fliers get 40kg and it's 50kg for those lucky souls in first class.

When do we leave and how do we get there?

With an 8.15pm departure from Auckland, I've been able to do a whole day's work before boarding. It also means I'm ready for dinner which appears not long after takeoff.

The most direct route for the Boeing 777-200LR takes us across the Tasman Sea close to Sydney, then flies over Australia's empty desert. We brush past Sumatra, graze the northern tip of Sir Lanka and skirt the southern tip of India before touching down in the UAE's busiest airport at around 5.35am. This leaves ample time to make your connection to European, African or Middle Eastern destinations.

On the way home, we leave Dubai at 10.05am, which means we don't have to get up stupidly early. Cue the reverse route over Sri Lanka and Australia with a touchdown in Auckland at 10.10am. It's a slightly shorter flying time of 16 hours and five minutes, although the headwinds have us landing half an hour earlier. Which means there's no excuse not to go into work. 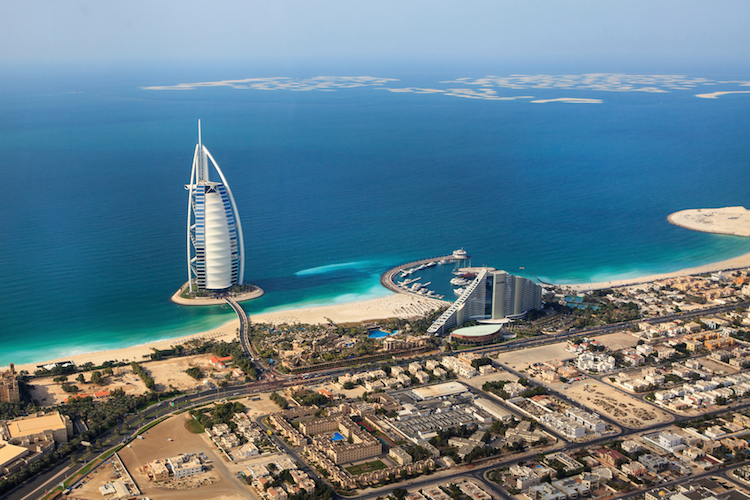 Dubai from above. Photo: iStock

What's there to do?

So how do you fill 17 hours and 20 minutes in an enclosed space? The friendly cabin crew tell me that's long enough to watch six movies back to back, should I want to. Which I do not.

Instead, I recline my 52cm wide seat and read my book until dinner is served. It's seafood all the way for me: smoked salmon with sumac for the appetiser and a creamy prawn, scallop and monkfish combo with asparagus, potatoes and edamame beans for the main. I don't really need it, but a mocha mousse and cheeseboard round out the rolling maul of calories.

I eventually give in to the movie temptation and end up watching two before reclining my seat and getting a good six or seven hours sleep. Work helps fill in the gaps before it's time for breakfast and the best cheese and chive omelette I've had the pleasure of eating at 30,000 feet. There are also lots of snacks should you feel like a lamb and veggie pie at 3.00am.

Oh Business Class, you seductress! You lured me into your parallel universe, showered me with Bvlgari toiletries, let me lie flat and delivered me 17 hours later to Dubai where I arrived fresh and ready to work.

I'm not going to say that long-haul flights are a breeze because being in a confined space for such a long time can be a challenge.

But if you can afford to upgrade, then this is one of the best business long-haul experiences you'll ever get. Sadly, since I haven't won Lotto, and my surname isn't Zuckerberg, the next time I fly I'll be turning right when I board the aircraft.