Beyond Prague: Exploring the Czech Republic

The capital of the Czech Republic is both beautiful and fascinating, but negotiating the global scrum of visitors around Prague Castle and Charles Bridge can be hard work. Jump aboard the country's efficient network of buses and trains to explore these lesser-visited but equally interesting destinations, most with just a fraction of the tourists thronging Prague's Old Town.

OK, this compact fairytale tangle of Renaissance architecture is firmly on the tourist trail, but the day-trippers only get to scratch the surface of this fascinating town. Spend a night in a stylish apartment or boutique hotel, and enjoy a relaxed evening getting pleasantly lost in the town's compelling maze of lanes and pedestrian bridges. Tuck into robust meaty platters by candlelight at the Krcma v Satlavske restaurant on Krumlov's compact main square, or Middle Eastern-influenced vegetarian meals at Laibon's absolute riverside location. The following morning, join the flow of the Vltava upstream in a canoe or kayak. Overlooking Cesky Krumlov's riverine byway is the audacious clifftop location of one of Europe's most spectacular castles.

Just two hours by train from Prague is Pilsen, a mecca for beer lovers. The next time you're enjoying a cold lager, thank the brewers of Pilsen for inventing the golden nectar back in 1842. The world's most popular beer style is now produced around the planet, but the best place to try a glass of unfiltered Pilsner Urquell is in the historic labyrinth of the brewery's underground tunnels. Most visitors come here on a day trip, but Pilsen really deserves at least one night to also experience the newer craft breweries showcasing the city's hoppy heritage. To extend your Bohemian beer taste-test, continue two hours southeast to Ceske Budejovice, home of Budvar lager. 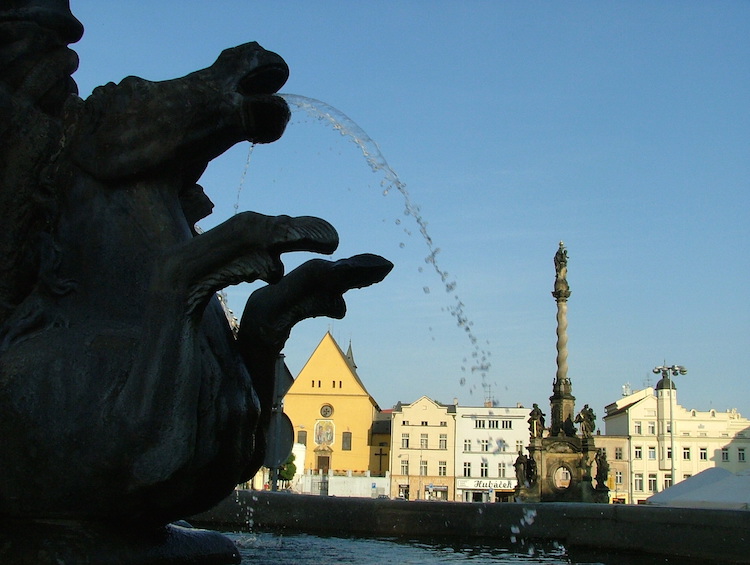 A fast train from Prague still takes around three hours to reach the Moravian city of Olomouc – too long for most tourists, who overlook one of eastern Europe's best kept travel secrets. Renaissance, Baroque and Gothic buildings frame Olomouc's gorgeous Old Town Square, centered around the World Heritage-listed Holy Trinity Column. Stepped like a Buddhist stupa, the thrilling 35m-high confection trimmed in gold was constructed to mark the end of a plague which ravaged Moravia from 1712 to 1714. More recent history is reflected on Olomouc's quirky Astronomical Clock. Wooden statues of ideologically-pure workers swing in and out of the windows like a Communist cuckoo clock, while robust mosaics depict earnest blue-collar workers and bookish scientists. 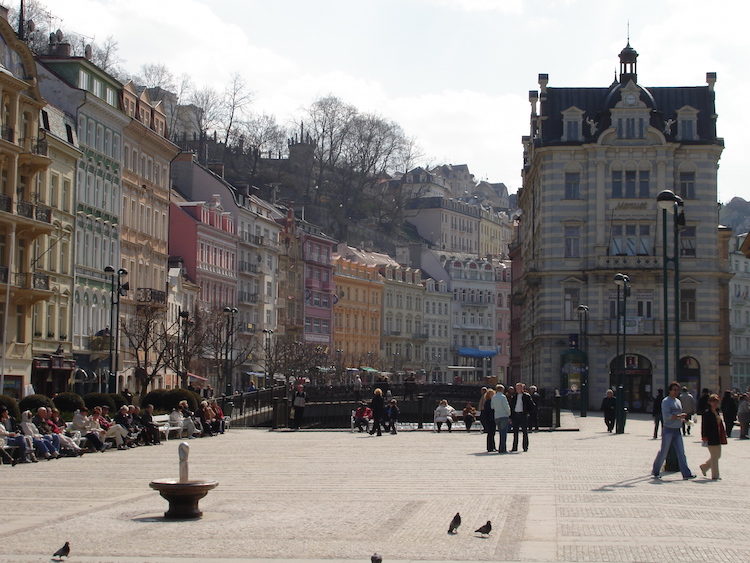 The Cannes and Venice Film Festivals traditionally see the paparazzi targeting the A-list glitterati, but Europe's most accessible celebration of cinema is actually held in the  Czech spa town of Karlovy Vary. Throughout the year there's a refined elegance to the town, known as Carlsbad in German, where visitors hike the forested valley of the Tepla River and relax in chic cafes and Art Nouveau spa hotels. Return in July, and Karlovy Vary is energised with movie screenings, dance parties and outdoor concerts. Tickets for screenings and panel discussions are easier to secure than at other European festivals, and while the celebrities on hand aren't quite top shelf – Richard Gere was a headliner in 2015 – it's a thoroughly enjoyable week for travelling Euro cinephiles. For more information, see kviff.com.

Three decades ago the southeast Moravian town of Mikulov had front row seats for the Cold War thanks to its location right on the edge of the Iron Curtain. From the imposing chateau crowning the town's main square, the border with Austria is less than 2km away. Now the limestone Palava Hills surrounding Mikulov are gaining a stellar reputation for producing Europe's most surprising cool-climate wines. Compared to wine tourism in Australia and New Zealand, Mikulov's wine trails are a thoroughly low-key affair with meandering cycleways winding through rolling hills to small, family-owned vineyards. White wines with flinty and fruity characteristics predominate. It's worth kicking off a two-wheeled adventure at the gracious National Wine Salon in nearby Valtice to get the lowdown on local varietals like Ryzlink Vlassky.