Long associated with communism and pickled cabbage, Eastern Europe isn’t usually the first place that comes to mind when you’re looking for whimsical holiday locations, but that doesn’t mean they’re not there. Cheap, charming and brimming with culture, Eastern Europe is chock full of gorgeous places to explore, and the best part is, you won’t be battling with hulking crowds of tourists to see them. If you love colour, cobbles and aimless wandering, the old towns and villages are the best place to start. Here are six magical places to get a feel for the days of yore in Eastern Europe. 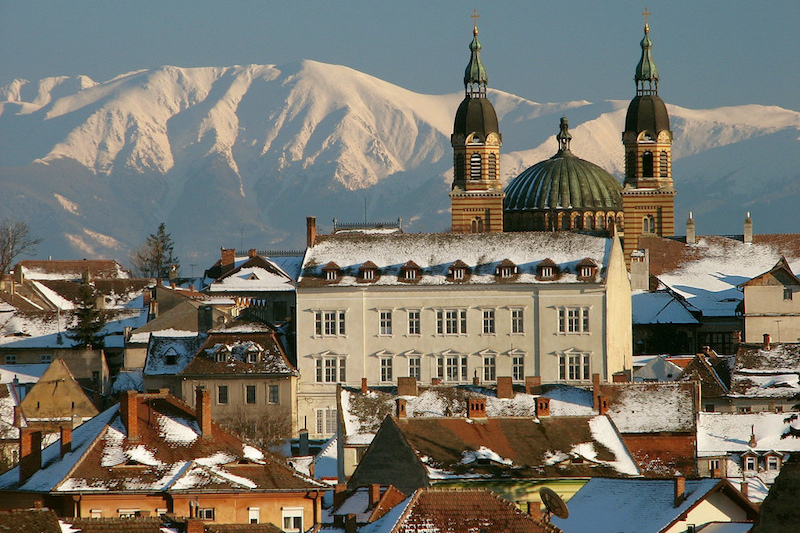 City views, peeping houses and a cracking Christmas Market await you in the enchanting old town of Sibiu in Romania. Pastel coloured and a little rough around the edges, complete with peeling paint and patched up roofs, this is a historic centre that really does embrace the old. Feel like you’re being followed? It’s not just you. Most of the houses in the old town have sloped roof windows which look unnervingly like eyes. Some say the windows were built to keep the superstitious locals on their best behaviour, but the real reason is much less sinister, they were designed as cooling systems for the attics. A trek to the top of the seven-storey council tower will set you back only two Romanian lei (72 NZ cents) and you’ll be able to check out the ancient centre and the city beyond from all angles. If you visit during December you’ll be treated to one of the best Christmas markets in Eastern Europe, complete with extravagant light projections and hot plates steaming with delicious local food. 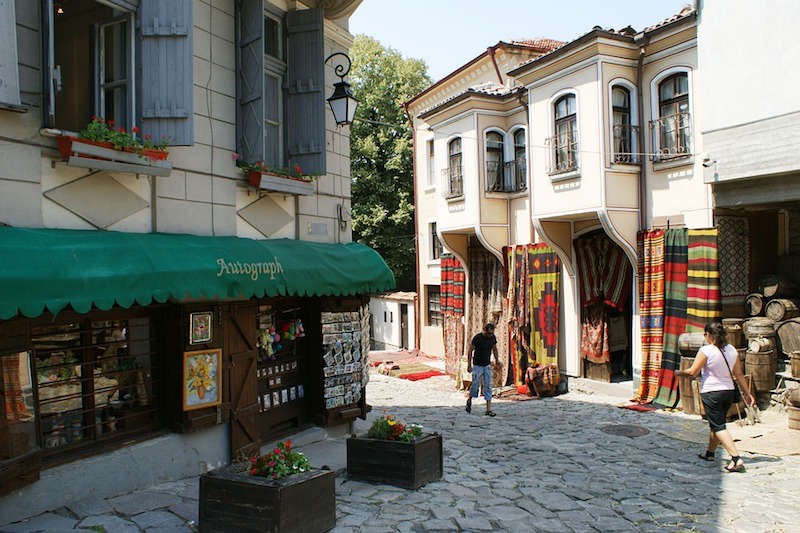 Fun to say and fun to visit, Plovdiv is the artistic capital of Bulgaria, which means the local characters in the Stary Grad are as eccentric as the buildings. Ditch the high heels and get lost in a maze of streets that are so chunkily cobbled you may as well be doing a mountain hike. Your efforts won’t go unrewarded, and you might come across a young musician practising in the shade, or end up sharing your life story with a local craftsman. The vividly coloured and intricately decorated buildings in the old town were once the mansions of Plovdiv’s wealthiest merchants – many have been converted into museums, complete with replicated living spaces, so you can imagine yourself as part of the Bulgarian elite. There’s a brilliantly preserved Roman amphitheatre, where the sun takes centre stage at dusk, or you can take in the view and a humongous jug of frothy Kamenitsa from one of the local restaurants – heavenly. 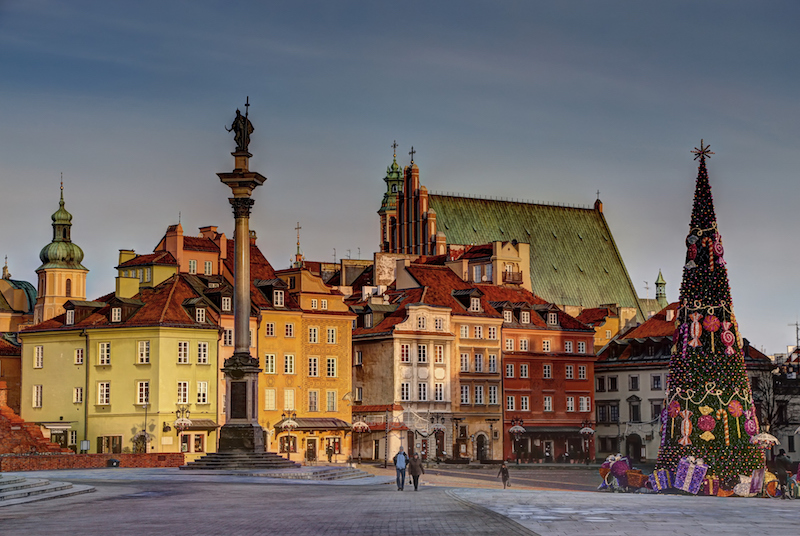 When it comes to charming historic spaces in Poland, it’s Krakow that often gets the glory, but that doesn’t mean you should overlook what Warsaw has to offer. Perhaps the most impressive part of the capital’s old town is that it’s not that old at all. The historic centre bore the brunt of Germany’s aggressive shelling during WW2, and was no more than a smoking pile of bricks once the war ended. 17 years later the old town was rebuilt to its former glory, and is now just as beautiful as it ever was. Richly coloured buildings with ornate detailing tower over the narrow alleyways, and the smell of fresh pierogi wafts from hole in the wall shops. If you really want to take a step back in time, head to a local milk bar like Bar Mleczny Pod Barbakanem. Created in the late 1800s to feed the working masses on a budget, milk bars are now a Polish institution and look like a cross between a school tuck shop and a retro café. Wait for your bubbling hot soup on a tray by the service window and feel like a naughty school kid again. 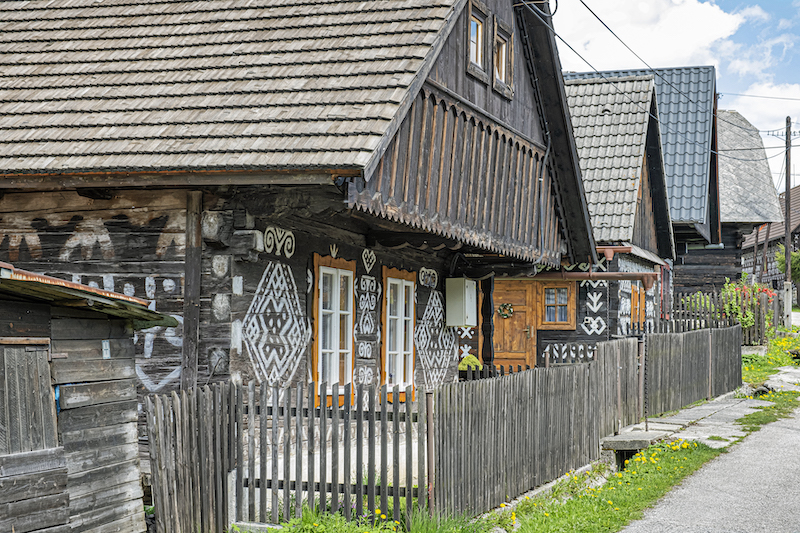 With a population of just 204, Cicmany is more of a village than a town, but what it lacks in size, it makes up for in jaw-drops per minute. The village itself, in Slovakia’s north, dates back to at least the 13th century, but the art that makes it so special is only around 200 years old. The 45 dark log homes are painted with white geometric patterns, making the town look more like a gingerbread village than a real one. In summer it’s about the most picturesque picnic spot you could imagine, in winter it’s practically a ghost town, but that shouldn’t bother you. With its tiny population rugged up by the fire inside, a stroll around the snow covered streets is nothing short of ethereal. 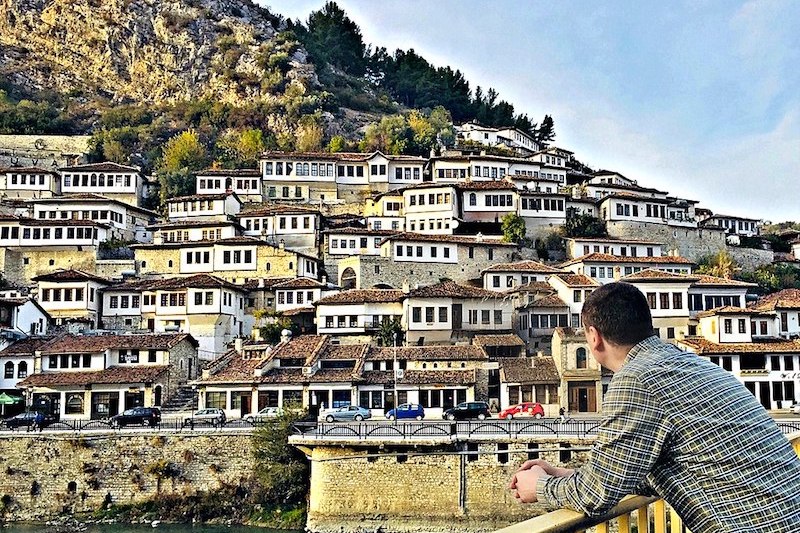 If you prefer dilapidated over designer, the historic town of Berat is the place to get your history fix. Described as ‘the city of a thousand windows’ the hillsides are dotted with whitewashed, tile roofed houses that have been left unchanged since they were built hundreds of years ago. In fact, not much has changed at all, and the pace of everyday life is deliciously slow. Sip a dirt cheap cappuccino at an outdoor café and watch kids play among the old ruins at the local school, or buy genuine antique art from a tiny local shop. Mass tourism is yet to take off in much of Albania, so the cute museums and sun-drenched cobbles will likely be yours alone to enjoy. 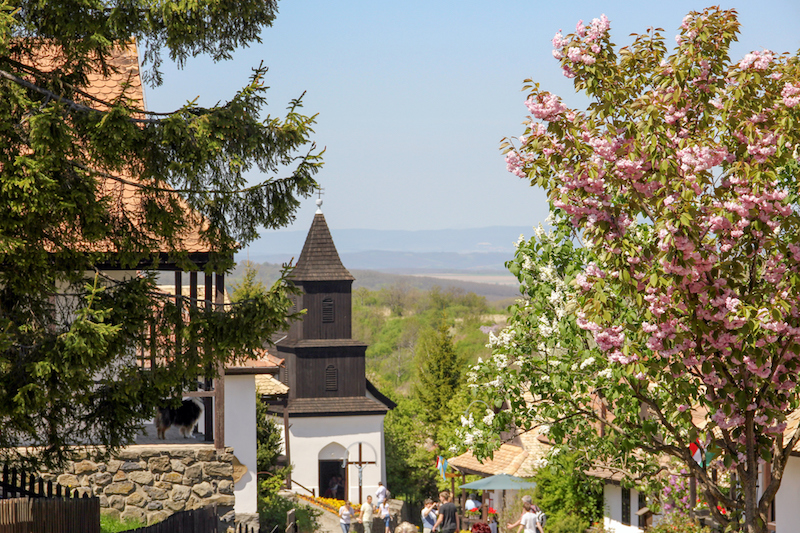 Pretty and pastoral, the tiny village in the north of Hungary is a painting come to life. Guarded by a 13th century hilltop castle, this miniature beauty has been on UNESCO’s World Heritage list for 30 years and is the home of Hungary’s ethnic Paloc community. A short stroll through the woods will take you from the castle to the village, where farm animals live in the shade of the dark timber houses. The old village is barely lived in, but is maintained by the locals in the new village next door. Easter is the best time to go, when the two streets of Holloko are swept up in a mad-cap kaleidoscope of traditional dress and dance.