Getting the Run-Around in Copenhagen

In spring, Europe comes down with marathon fever. The continent's streets are regularly strewn with banana peels, plastic cups and energy gel packets. It looks like a herd of monkeys have thrown a party before breaking off to hike the Pyrenees.

Kiwis with the fever tend to make a beeline for the most famous runs in London and Berlin. Of less renown is the Copenhagen Marathon, a circuit combining stunning sights with a fast and flat track. This appeals to scrubs like me, whose ideal marathon is a) pretty and b) over quickly.

The race begins by Islands Brygge, a deep blue harbour in the city's north west, then steers towards the city-centre, passing Copenhagen's historic Tivoli Gardens, the second-oldest amusement park in the world. (Incidentally, the oldest park – Dyrehavsbakken, built in 1543 – is a mere 10 kilometres north of the city.)

By the 10km mark we're hitting our stride, taking in Rosenborg Castle, the imposing 17th Century summer retreat of Danish royalty, and art hubs the Hirschsprung Collection and the National Gallery of Denmark.

The race turns into Fælledparken. This wide esplanade filled with grassy stretches is home to a Danish rarity – the sunbather. Visitors are also intrigued by Fælledparken’s infamous Pacifier Tree, decorated from leaf to trunk with baby dummies. Apparently the tree reminds us how similar humans are to one another. It’s hard to parse mid-marathon (and doesn’t make a lick of sense afterwards, either).

By the halfway mark we're saddled with discomfort, but Copenhagen keeps turning on the charm. Vester, Nørre and Øster Søgade – literally West, North and East Lake Street – line the outside of the city’s three rectangle lakes, Søerne. These aren’t your average duck ponds – they are a formidable part of Copenhagen’s topography. All three are popular among locals for rowing, picnicking and jogging.

“They’d be nice to run around,” I think. “Pity I’m retiring from all movement once this is race is over.”

Onto the Meatpacking District, an eclectic hub of smart restaurants, cosy cafes and bars. This is a notoriously popular dining-out precinct and reservations are a good idea here. But anyone expecting a late-night bite should probably think again. The Danes might be staunchly European, but their eating habits are not. It’s not uncommon for Copenhagen restaurants to be completely shuttered by 10pm.

About 28 kilometres in, the route doubles back on itself. Familiar facades and cobblestone streets offer precious shade, but tricky terrain underfoot. With our limbs on fire, we start to hear shouted encouragement, delivered always in perfect English. About 90 percent of Copenhagen’s population speak fluent English, making life easier for novice Kiwi travellers.

What starts with confident strides ends in a sweaty hobble. The finish line back at Islands Brygge is met with sweet, pure-strain relief. Among gifts handed out to finishers are a single rose and a pint of alcohol-free beer. “Those crazy Danes are drinking beer? Now?” I mutter to myself, lying face down on the pavement. 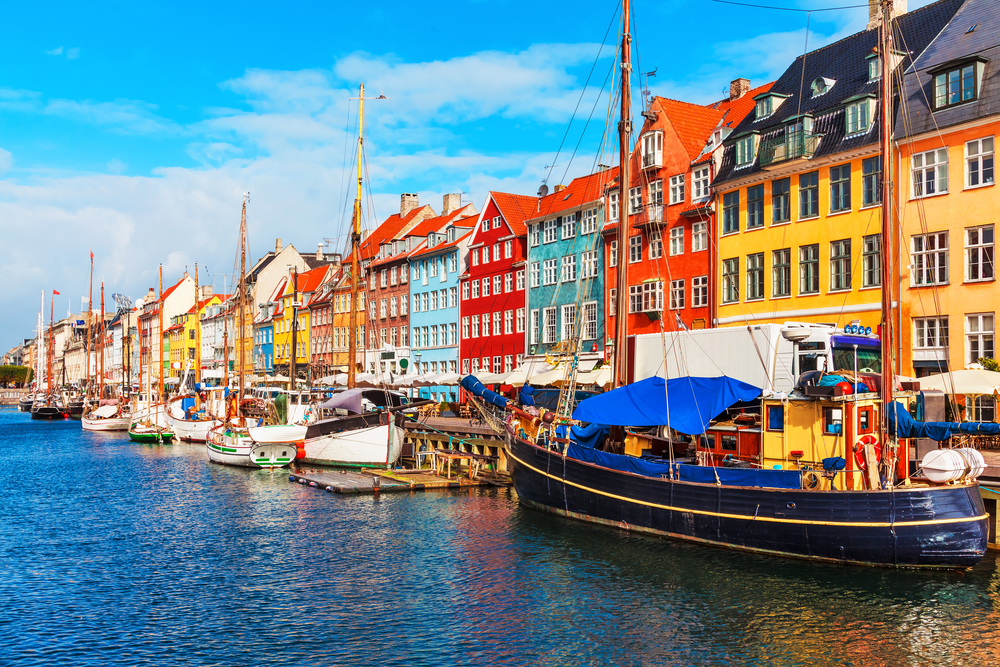 The perfect post-marathon treat is in the Nyhavn district, a former shipping dock painted in the bright colours of a Wes Anderson movie. Denmark is famous for its open sandwich, the Smørrebrød, served best on a rye bread (rugbrød). Told & Snaps on København K does the best Smørrebrød in the city. Their sandwich of beer-marinated and smoked pork tenderloinwith scrambled eggs and chives is sloppy magic.

Just like that sandwich, Copenhagen is a city to savour. It goes out of its way to make things easy for visitors, even if they haven't hobbled through 42 kilometres and want nothing more than sleep’s numbing embrace. But there’s far too much Danish charm in the air for that.

Michael John Oliver is a New Zealand-born, London-based freelance writer. He has contributed to The Guardian, Newstalk ZB and 3 News Online.