The LA Eating Awards: Where to eat and drink in Los Angeles in 2016

Los Angeles boasts one of the world's most exciting culinary scenes, but in a city as spread out as this, a clued-up guide is essential. Food writer Sam Eichblatt shares the best places to eat in LA right now, from exquisite fine dining to beer and burgers.

Eating out in Los Angeles isn’t really about the food. Sure, the food rivals that of any large world city, but it’s the attendant benefits of being in the right place, at the right time, with the right crowd that really count.

The city’s classics — sublime Mexican food and drive-in burgers — are still strong, but recent years have seen other, idiosyncratically Angeleno offerings arrive. Alongside the revitalisation of Downtown LA (DTLA), restaurateurs have also been exploring locations off the beaten track in low-rent neighbourhoods, office blocks and strip malls. 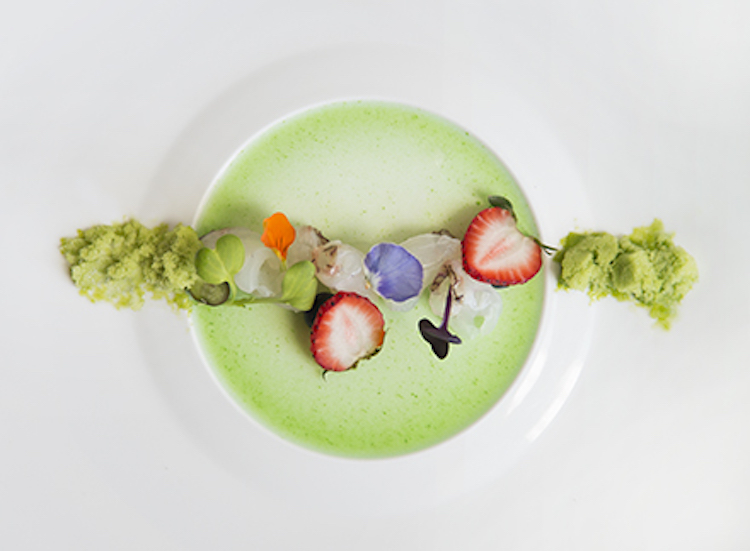 Sushi is always hot in Los Angeles, and one of the hottest — and most exclusive — spots at the moment is Culver City’s n/naka. It’s hard to get on the list, but inside the minimalist-style concrete walls, there’s an omakase menu composed of delicate and beautifully plated interpretations of traditional kaiseki — dishes made with seasonal ingredients.

The bar at Silverlake industry hotspot Café Stella is an institution, and right on Sunset Junction — the meeting point of Sunset and Santa Monica Boulevards, home to the city’s alternative music scene. 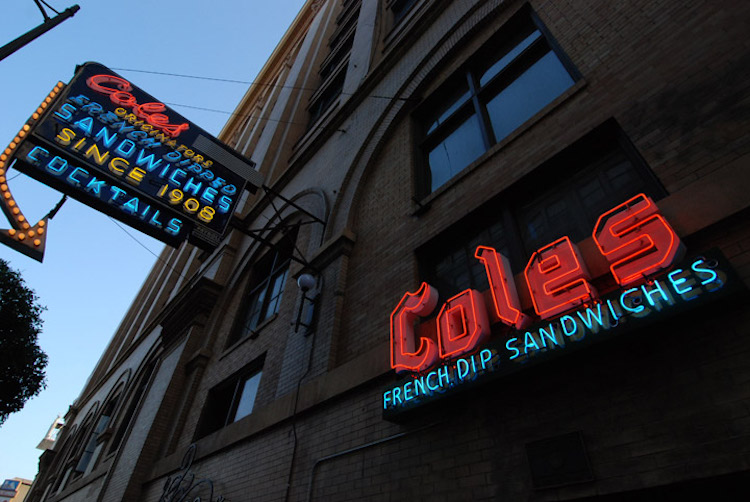 BEST SPEAKEASY: Cole’s and The Varnish

Ostensibly, this Downtown LA institution with a wood-panelled bar and oxblood-leather banquettes is a purveyor of classic cocktails and “French-dipped” sandwiches — thinly sliced roast beef on a baguette, served au jus (with the beef juice) — and other hearty fare. However, an inconspicuous door in the back room leads to The Varnish, a speakeasy-style cocktail lounge that regularly makes an appearance of national hot lists.

In a nondescript Koreatown building, this tiny, six-table sushi restaurant with no written menu is frequented by actors. The chef spent time in Italy and often matches wine with sushi — and the menu stipulates no California rolls. 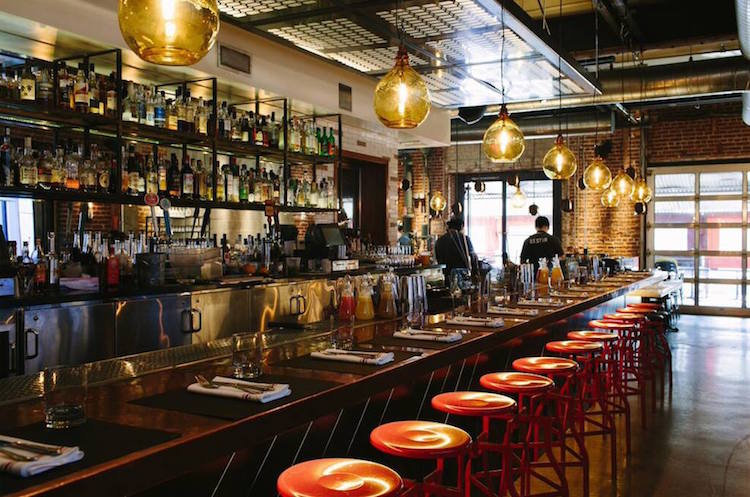 One of the leading proponents of the DTLA renaissance, Bestia is Ori Menashe and Genevieve Gergis, a youthful husband-and-wife team creating some of the most highly acclaimed Italian food in the country. This year, Menashe was named one of Food & Wine magazine’s 10 best new chefs.

Housed in a converted warehouse with bare rafters and meat-hook chandeliers, on the eastern fringe of downtown, the restaurant is typically rammed to the gills. Booking ahead — way ahead — is recommended.
bestiala.com 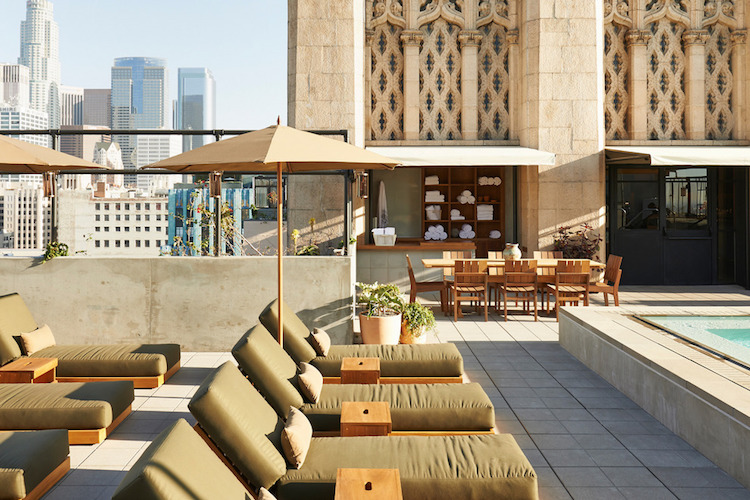 Guests staying at the Ace Hotel in Downtown can get to this lounge-like rooftop brunch spot and bar with some of LA’s best views using the internal elevator. Everyone else must pass through its public restaurant, L.A. Chapter, to an unobtrusive and unmarked elevator that is, on busy nights, closely guarded by staff. Tranquil on weekdays — and famed for its crushed avocado toast — on weekend afternoons and evenings it becomes one of the city’s hopping scenes, with an elbow-to-elbow crowd at the bar, DJs and poolside shenanigans.
acehotel.com/losangeles/upstairs 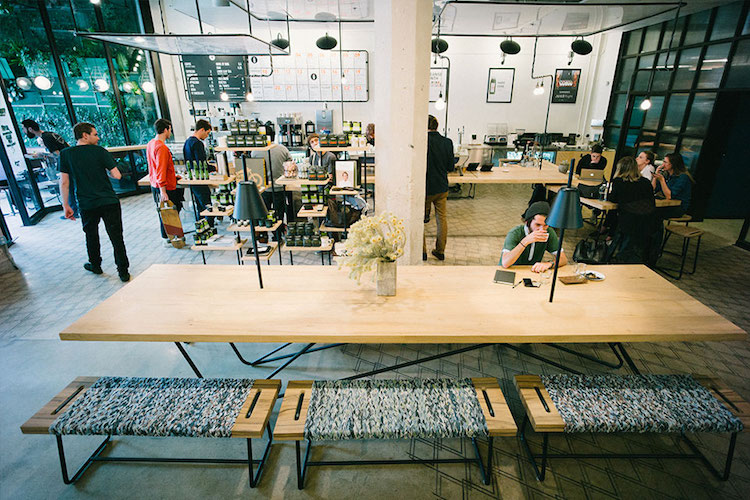 In the street-side outdoor patio, there’s a lush green wall to offset the passing traffic down South Spring Street.

Partnering with LA’s Juice Served Here, the cafe offers both serious (ethically produced) caffeine and cleansing in one location, as well as a small range of appealing healthy, raw and vegan boxed lunches — collard green summer rolls with pepito pesto being a particular standout.
vervecoffeeroasters.com

French for “three guys”, this unpretentious fine-dining experience, in a former pizza parlour within a Hollywood strip mall was founded by French chef, restaurateur, author and TV personality Ludo Lefebvre with partners Jon Shook and Vinny Dotolo. It offers a five-course tasting menu, and operates on a special online ticketing system for reservations. 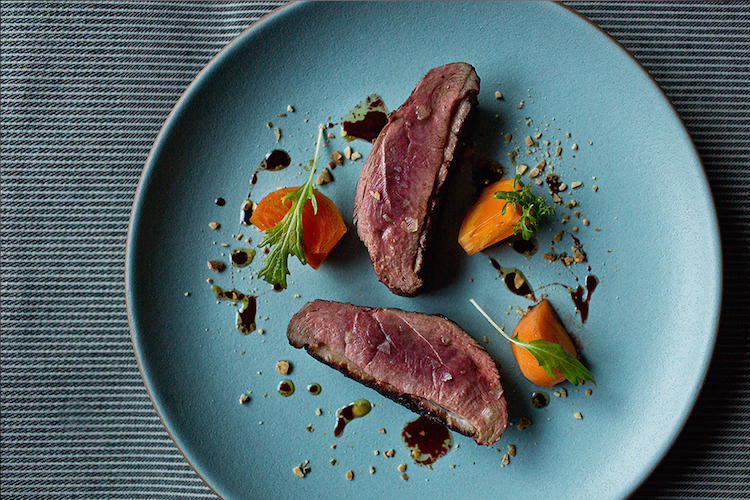 BEST FINE DINING IN AN OFFICE BLOCK: Hinoki and the Bird

Set on the ground floor of an otherwise sterile office tower populated mostly by agents in Century City, this hot pan-Asian restaurant combines denim-covered banquettes and plywood interiors for a kind of post-apocalypse-chic atmosphere.

BEST PLACE TO WRITE YOUR SCREENPLAY IN PUBLIC: Intelligentsia Coffee

With branches in Silverlake, Venice and Pasadena, this place is for serious espresso-lovers and serious people-watchers alike. Join the networked crowd on barstools with your MacBook and best ‘budding screenwriter’ expression.
intelligentsiacoffee.com 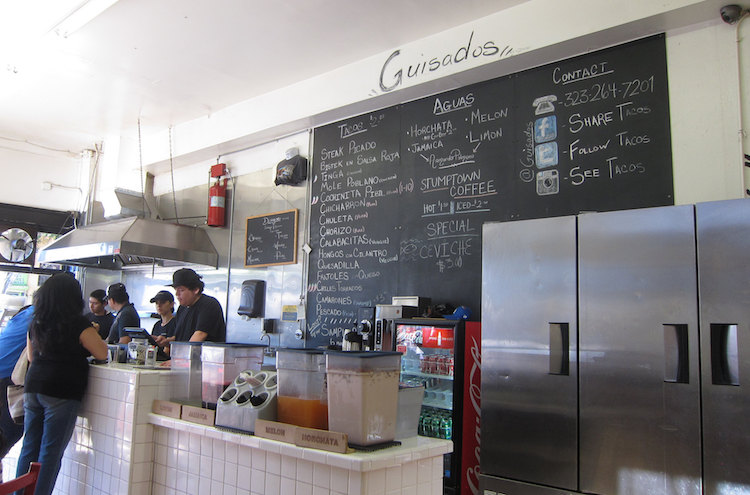 At the other end of the scale, this alfresco, BYO Caribbean counter-service shack within earshot of the ocean serves up hefty and delicious dishes of rice ‘n beans, shrimp and — of course — jerk chicken. The queue is worth it, but remember to BYO wine (it doesn’t have a licence). Afterwards, walk off your groaning belly on the beach or amid the neon-lit amusements of the Santa Monica pier.
chachachicken.com

Debate will always rage, but locals’ top picks are: