Despite a harsh desert climate and its relative geographic isolation, the Arabian Peninsula has been inhabited for upwards of 20,000 years. While some of the nomadic tribes who originally populated this region still roam the desert, today many must-see cities flourish on the peninsula. Yemen's ancient capital Sana'a boasts a UNESCO World Heritage-listed old city centre, in contrast to a Qatari capital changing at breakneck speeds in Doha.

Yemen's sizeable capital Sana'a holds many distinguished records. It's one of the oldest continuously inhabited cities in the world and at 2,300 metres above sea level, also one of the highest. Its distinctive fortified old city is one of the Middle East's most striking features and the Great Mosque of Sana'a is reputedly some 1,400 years old. The popular Suq al-Milh or 'salt market' is another of the city's major attractions, while the 1,000-year-old Bab al-Yaman or 'Yemen Gate' ushers visitors directly into the heart of one of the Middle East's most picturesque capital cities.

On the southern coast of the Sultanate of Oman lies the state's second-largest city Salahah. A traditional stronghold of the Sultan, Salahah is renowned for the greenery of its monsoon-driven landscape and its aromatic frankincense trade. The monsoon season is known as 'Khareef' in Arabic and each year a Khareef Festival attracts curious tourists to the lush surrounds of Salahah, eager to experience this verdant mountain landscape in the heart of an otherwise arid plain.

Parts of the Arabian Peninsula have been inhabited for thousands of years, however the oil-rich state of Qatar is a relatively new nation. Its capital Doha is one of the fastest growing cities in the Middle East and with new buildings springing up along its picturesque Corniche on a dizzyingly regular basis, the Doha city skyline is in constant flux. The city's striking Museum of Islamic Art is one of its most famous landmarks and with Doha aiming to position itself at the cutting edge of the art world, it's the ideal starting point from which to explore this impressively modern metropolis. 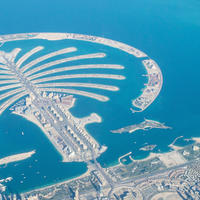