Professional football has been played in England since 1885. English clubs have welcomed big crowds to a much-loved assortment stadia ever since – many of which are still in existence today. The advent of the English Premier League has led to a surge in football's popularity since the 1990s, and these days fans from all walks of life clamour to catch the action. Take an organised tour or, better yet, watch a game to catch a glimpse of one of England's favourite pastimes.

England's north-east was once synonymous with coal mining and ship building, but these days it's more recognisable for the strength of its football clubs. Tyneside, Wearside and Teesside make up the region's three main conurbations – respectively represented by popular football clubs Newcastle United, Sunderland and Middlesbrough. Newcastle United are arguably the most passionately supported of the three and their famous Geordie supporters create a deafening din inside the historic 52,000-capacity St James' Park. The Tyne-Wear derby between Newcastle and Sunderland is one of the most fiercely contested in English football, with Sunderland's 49,000-capacity Stadium of Light a sea of red and white on match days.

Pride of the north

The Football Association may have formed in London but it's safe to say English football's powerhouse has always been the north. The north-west, in particular, has proved a hotbed and not surprisingly, a trio of its most iconic clubs play in three of England's most famous grounds. Manchester United have called the cavernous Old Trafford home for over a century, but it's Merseyside outfits Everton and Liverpool which best illustrate football's capacity to divide. A stadium dispute in 1892 lead Everton to leave their home ground Anfield for nearby Goodison Park, prompting Anfield owner John Houlding to form Liverpool in retaliation. The two clubs have sniped incessantly at each other across dividing Stanley Park ever since.

London is home to more football clubs than any other city in England. Names like Arsenal, Crystal Palace, Tottenham, Millwall, Fulham and West Ham are some of the most famous in world football – a diffusion of power which has lead London clubs to lift just 19 English league championships between them. London clubs spend most of their time trying to get one over their local rivals, though the city's oldest club Fulham are generally content to just keep their place in the top flight. They play at one of the most picturesque grounds in England, with their compact Craven Cottage home sitting charmingly on the banks of the River Thames. 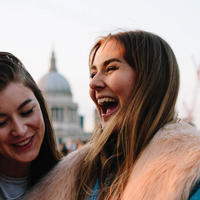 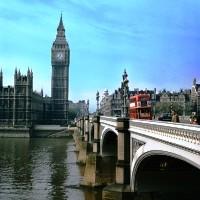