London is many things to many people; a pleasure-seeker's paradise, a capital of finance and the centre of what was once a flourishing global empire. These days the city is one of Europe's most popular tourist destinations and given the diversity of its many intriguing boroughs, it's not hard to see why London accommodation is often in popular demand.

The ancient City of London lies at the heart of this megalopolis and today this powerful square mile is the centre of English finance. Not surprisingly, there are plenty of upscale accommodation options in this part of the world, including the Crowne Plaza St. James Hotel and the boutique Malmaison London – both of which are within walking distance of St. Paul's Cathedral, the Tower Bridge and Tower of London.

Sample a show, stay for the ambiance

London's entertainment hub is centred around Leicester Square and its vibrant West End theatre district. Though the West End hasn't always been renowned for its range of accommodation, these days this buzzing theatre precinct attracts an increasing number of visitors eager to stay in the heart of the action.

The W London Leicester Square is one of the most sophisticated London hotels in West End, boasting a popular bar and an unbeatable location close in the midst of the theatre district. Catch a show, stroll back for a late-night cocktail and sleep soundly just a stone's throw from London's so-called "Theatreland." The boutique Z Hotel is a slightly cheaper alternative and what it lacks in size, it more than makes up for in location.

London is a sprawling city, stretching from Croydon in the south to the country of Hertfordshire in the north and unhindered by the Thames River which dissects the city in half. Given its density and the sheer number of sights which attract millions of visitors to each bustling city streets each year, it's little wonder some of London's most convenient accommodation is found in many of its diverse inner-city boroughs.

Home to the British Museum and the British Library, literary-minded Bloomsbury – and in particular its landmark Russell Hotel – is an increasingly popular place to stay. Other popular boroughs include trendy Islington, neighbouring Hackney and bohemian Camden – the latter of which is home to the eternally popular Camden Town markets. 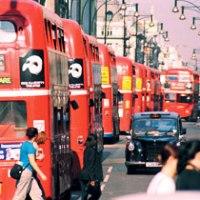 Please Note: Airfares are additional. Rooms rates are dynamic providing the best rate of the day dependant on current inventory as such... 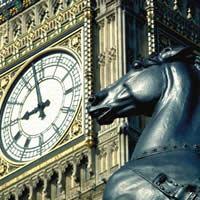 BONUS: FLEXIBLE FREE changes & cancellations up to 7 days prior to travel*.Please Note: Airfares are additional. Rooms...

Travel Dates: 01-30 May 22. Need more options? Call us for more travel deals to this destination.