When an imperial hunting party tracked a gazelle in 1761, they weren't to know that the deer would symbolise success three centuries later. Savour the Father of the Gazelle - Abu Dhabi. 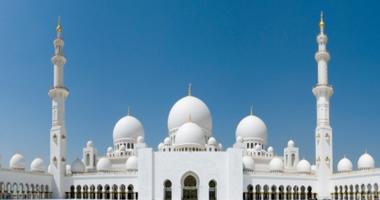 Traditionally, Abu Dhabi's primary industry was pearling. However it was the discovery of oil in the late 1950s that spearheaded the evolution of the city into a great world capital. In 1971, when Britain formerly left the region, Abu Dhabi together with Dubai and five other emirates formed the United Arab Emirates. Today Abu Dhabi is the country's political heart and wields significant financial influence over the region.

Opened in 2007, the largest mosque in the country is the Sheikh Zayed Mosque. The place of worship can accommodate over 40,000 people and features 82 domes decorated with white marble. There are over 1000 columns throughout the structure and reflective pools surrounding the exterior. Also consider wandering along the beautiful waterfront - from Marian Village in the south to Port Zayed in the north. Additionally check out the Mushrif Khalifa Garden, which has an aquarium, museum and a children's play area.

While this might be the Middle East, the Indian restaurants offer delicious cuisine.

Greet a local with, “marhaba,” and thank them with, “shukran.”

Have a browse through the Madinat Zayed Gold Souk to find the perfect souvenir.