Beautifully-situated at the intersection of two oceans and surrounded by an iconic mountain, Cape Town proudly embraces its role as South Africa's mother city. 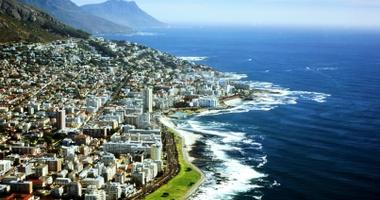 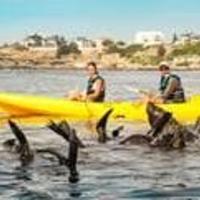 Day 1Wamkelekile! We'll touch down in Cape Town, South Africa and head straight to Never@Home, our 5-star hostel in the heart of the city. With... 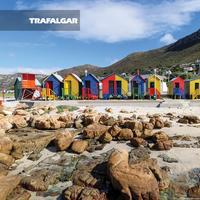 Wonders of the Western Cape

Day 1Aweh (hey), Cape Town! Before exploring all the magnificent sights, sounds and flavours of the city, you'll meet up with your Costsaver... 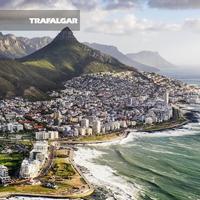 It was the Dutch who first established a settlement on the Cape in 1652 for the purpose of providing support to ships travelling to the Dutch East Indies. After several skirmishes, Cape Town was ceded to Britain in 1814. It was the discovery of diamonds and gold that led to prosperity for the region throughout the nineteenth century. When Britain created the Union of South Africa in 1910, Cape Town was made the legislative capital – a position which the city currently holds for the nation's republic. For visitors, Cape Town provides stunning coastal scenery and spectacular natural beauty.

Cruise ships dock at the port in Table Bay.

Located 12 kilometres off the coast, Robben Island is the site of the infamous prison that held former President Nelson Mandela during the apartheid era. Explore the goal, which is now a World Heritage Site before admiring the penguins that call the island home. Once back on the mainland, head to the country's oldest building, the Castle of Good Hope, which was originally designed as a fortress. For a relaxation, enjoy one of the city's beaches including Boulders or Bloubergstrand Beach, stroll through the Kirstenbosch Botanical Gardens or head up to Table Mountain for the incredible views.

Select a gorgeous bottle of locally-produced wine and match the meal to suit the drop.

The brightly coloured houses of Bo-Kaap are a sight to behold.

In the local lingo, lekker is a positive affirmation, such as cool.

Select a piece of locally-made art to adorn your walls at home.