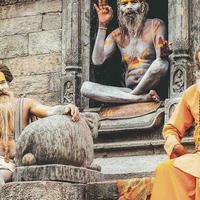 Day 1Rise and shine, our adventure begins today! We'll bond over included breakfast amidst the magical mayhem of Kathmandu this morning, before... 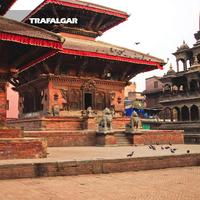 Day 1Keep a keen eye out for the rainbow-coloured prayer flags flapping in the wind as your transfer from Kathmandu Airport takes you to your... 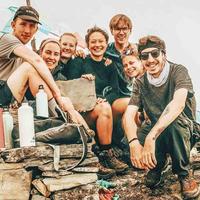 Day 1Our adventure begins today as we meet amongst the charming chaos of Kathmandu. We'll bond with our new trekking crew as we make the drive...

Day 1Welcome to the intoxicating cacophony of colours, smells, spices, culture and chaos that is Delhi. We'll bond with our Contiki fam today...

Once thought to be the mythical Shangri-la, today’s Kathmandu is a melting pot of cultures heaving with traffic, touts and an unmistakable air of frenzied chaos. As you step out onto the city streets, you’re faced with a mishmash of sights, sounds, exotic scents and a relentless stream of traffic. The best way to uncover the magic and madness that is Nepal’s capital is on one of the many guided tours or excursions in and around the city.

A traveller’s mecca, Kathmandu is often the launch pad for greater Nepal explorations, with no shortage of expeditions, excursions and jungle adventures to join from the capital.

Those with a keen sense of adventure will be familiar with the Himalayan Trail. Don a backpack, set off on foot with a guide and you'll be rewarded with some of the world’s most spectacular panoramas. You can climb up to the highest hotel in the world, visit quaint mountain villages like Phakding and Monjo, and marvel at close-up views of the Himalayas and Mt Everest. Tours run the gamut from Kathmandu Valley trips, bike tours through the countryside and farm stays.

A stir fry of cultures

Kathmandu is a stir fry of contrasting cultures, tastes and attractions – a shock to the senses would be an understatement. Explore its old city studded with temples and architecture where visitors, rickshaws and motorbikes squeeze through jostling alleyways. Few marked street names means getting around isn’t exactly easy so a day tour is the perfect way to get your bearings.

Along the way you can visit some of Kathmandu’s most sacred sites including the oldest Buddhist stupa in Nepal, Swayambhunath, and the temples of Durbar Square. Thamel is a vibrant area, albeit touristy, that can be easily explored on foot, while the Garden of Dreams offers a slice of serenity amid the chaos.