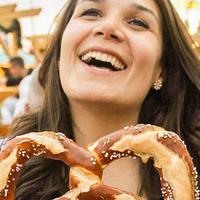 Day 1Arrive MunichWelcome to Munich! After meeting and greeting at our accomodation, we'll then take an orientation of the city - your...

Day 1Welcome to Munich! After meeting and greeting at our accomodation, we'll then take an orientation of the city - your chance to pick up a...

Day 1Wilkommen to Frankfurt, often described as a big city with a friendly village feel. We'll start off with an orientation tour before...

Day 1Say Prost to Germany's beer capital and hello to a glorious encounter with the imperial capitals of central Europe. After settling in to...

Day 1Transfers to your hotel depart from Zagreb airport at 11:30 and 14:00. Relax and settle in or perhaps head for the nearby King Tomislav...

Day 1The sophisticated city streets of Munich are your launch pad to an adventure through the capitals of Imperial Europe. Spend some free time...

Day 1You're in for a bellissimo journey through the spectacular cities of Italy, which kicks off in the 'Eternal City' of Rome. Join your...

Culturally rich and diverse, the affluent city of Munich is renowned for its prominent science and arts scene, as well as its breathtaking Baroque-style architecture reminiscent of the late 1800s. Previously named as one of the world’s most liveable cities, Munich has managed to perfectly balance the old and the new, mixing trendy neighbourhoods and upscale shopping districts with historically significant attractions and sites. Although most famous for the legendary Oktoberfest, there is so much more to this fascinating city than meets the eye.

People travel from far and wide for Munich’s world-famous Oktoberfest. You can experience this annual event on an organised tour with like-minded travellers all dressed in their finest Lederhosen (leather breeches) and Dirndl (traditional dress), ready for 16 jam-packed days of celebrations, activities, beer tents, and authentic German cuisine.

A range of other annual events are held at the Theresienwiese fairgrounds including Tollwood; a 25-day celebration of live music, markets, outdoor theatre performances and ethnic cuisine. The Munich Spring Festival is similar to Oktoberfest and can also be enjoyed on a group tour, offering beer tents, an amusement park, fireworks and live entertainment.

History in the city

Ancient attractions can be found throughout the historic Old Town including the impressive Gothic Revival-style New Town Hall that features an intricate Glockenspiel. Exploring the city is easy on a walking tour, with the Neo-classical Nationaltheater, St Peter’s Church and iconic Hofbrauhaus Munchen beer hall within walking distance.

If you want to cover more ground, you can join a leisurely bike tour to take in the sights. Regular stops ensure ample photo opportunities of popular landmarks and lush parks, such as the beautiful English Garden, which is home to The Chinese Tower and the second largest beer garden in Munich.