1 Los AngelesWelcome to the USA! Your adventure begins with a welcome meeting in the lobby today at 6 pm. It’s very important that you attend...

1 Los AngelesWelcome to the USA! Your adventure begins with a welcome meeting in the lobby today at 6 pm. If you do arrive early, perhaps take... 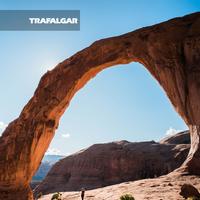 Best of the Canyonlands

Day 1Channel your inner pioneer as you embark on an epic encounter with the peaks, canyons and deserts of what was once the treacherous Wild... 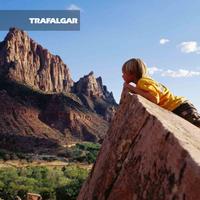 Pioneer Adventures of the Old West

Day 1Howdy folks! Saddle up for a ride from Phoenix to Scottsdale, spending the afternoon at leisure before your journey kicks off with an... 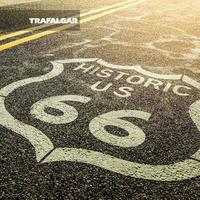 Day 1The dazzling lights of Las Vegas set the tone for an unforgettable encounter with some of America’s most iconic natural sights—a soul... 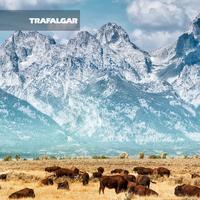 Day 1Your journey through the Old West and epic national landmarks begins in Idaho Falls. Check in to your hotel and later meet your Travel...

Day 1Your journey through the Old West and epic national landmarks begins in the intrepid adventurer's town of Jackson. Check in to your hotel...

It’s no longer possible to get your kicks on Route 66, or at least not the entire length of what was once known as the Main Street of America. But with preservation efforts having helped re-open long stretches of this historic highway, you can still see much of the fabled route from Los Angeles up to Chicago, and a guided tour is one of the best ways to do it.

At almost 4,000 kilometres long, Route 66 was once the backbone of a highway system which stretched from the American Midwest all the way to the beaches of the West Coast. Self-driving and guided tours are a great way to see the remnants of it, with plenty of must-see Americana situated along the route.

You can either hire a car and rely on your own navigational skills, or better yet join up as part of a guided tour for a glimpse of some genuine American road culture. Starting from Chicago – often in a fleet of classic American convertibles – many Route 66 tours take in stops at major cities like St Louis and Oklahoma City, where you can get a glimpse of the changing landscape between the Midwest and Frontier Country.

It may be customary to seek out a classic car for your adventures on the open road – either to drive, or take a back-seat as a passenger – but not every mode of Route 66 transport features four wheels. Motorcycle tours are an increasingly popular way of cruising down the open road, particularly through Texas – America’s self-proclaimed Lone Star state and one of its most exotic.

Though Texas has its charms, few sights are as spectacular as the Grand Canyon, and many Route 66 tours make detours to this unforgettable natural attraction. From there, it’s on to the neon lights of Las Vegas and through the sprawling deserts of Nevada, before pulling into Los Angeles which marks the end of the road for one of America’s most famous highways.