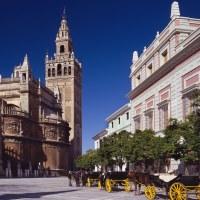 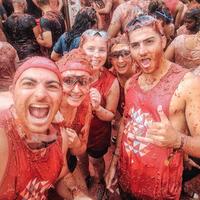 1 It’s time to get the wheels rolling this morning, as we head for the beautiful city of Valencia! Enjoy the views out the window as we cruise past... 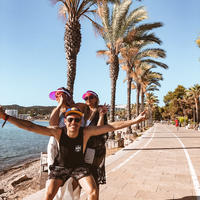 1 Get checked-in and ready to go, it’s time to kick this party off with a bang! Join your guide this afternoon for the awesome included Pukka Up... 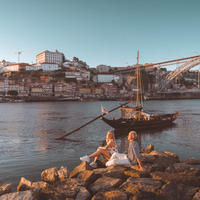 1 That’s right, you’ve been counting down the days for this adventure to begin, and now the moment is finally here! We kick off the trip nice and...

1 SarriaWelcome to Spain! Your adventure begins in Sarria in the Galicia region of northwest Spain. This autonomous corner of the country has...

1 ARRIVE IN MADRID, SPAIN.Check into your hotel. The rest of the day is free to start exploring lively Madrid. Tonight, meet your Tour...

1 ARRIVE IN MADRID, SPAIN.Welcome to Madrid! At 6 pm, meet your tour director and travelling companions for a welcome dinner at your hotel. (D... 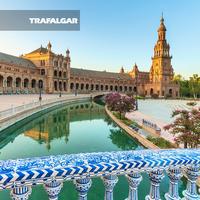 Day 1Arrive Madrid (2 Nights)It won't take long for you to fall in love with Madrid. This beautiful capital was revived by King Charles... 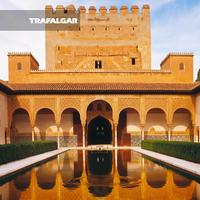 Day 1It won't take long for you to fall in love with Madrid. This beautiful capital was revived by King Charles III several centuries ago and...

Day 1Arrive Madrid (2 Nights)It won't take long for you to fall in love with Madrid. This beautiful capital was revived by King Charles...

As diverse as it is impressive, Spain is home to world-class beaches, stunning mountains, renowned vineyards and bustling cities. Between the sun and the fresh food, Spaniards have much to celebrate, making every other day feel like a party. Whatever you do in Spain, your senses will be delighted and your soul buoyant. Uncover Spain with a tour and see more than you hoped for in your wildest dreams.

Soak up the culture

Spain conjures up images of flamenco dancers in fabulous rouge dresses, bullfighting and endless plates of tapas – it’s true there is so much tradition and culture in Spain; it’s hard to know where to start first.

More culture is on offer at the Guggenheim Museum in Bilbao, housing an exceptional collection of modern art.

In Barcelona, you can admire the works of Gaudi at the wonderfully ornate Sagrada Familia or ascend El Carmel hill and explore Gaudi’s unique Park Guell, a mosaic wonderland. Behold the spectacular Alhambra Palace in Granada, be captivated by Gothic style cathedrals in Seville and visit the seaside Castle of Peniscola along the rugged Orange Blossom Coast.

If a deep love for tapas and a penchant for Rioja is what fuels you, a gourmet tour of Spain is just the ticket. Taste local produce at the historic La Boqueria market in Barcelona, try paella where it originated in Valencia and hop between ‘pintxo’ bars in San Sebastian. Learn why Catalan chefs (those from the north: Barcelona, Girona, Lleida, Tarragona) are amongst the best in the world.