Five Great Places to Eat and Drink in Tokyo

Negotiate the neon-lit urban canyons, underground shopping malls and meandering backstreets of the Japanese capital for some the best food you'll ever eat. Don't expect too much in the way of English-language menus, so trust your appetite and taste buds and just put yourself in the hands of the friendly locals. Sushi at your local New Zealand food court will never be the same again. 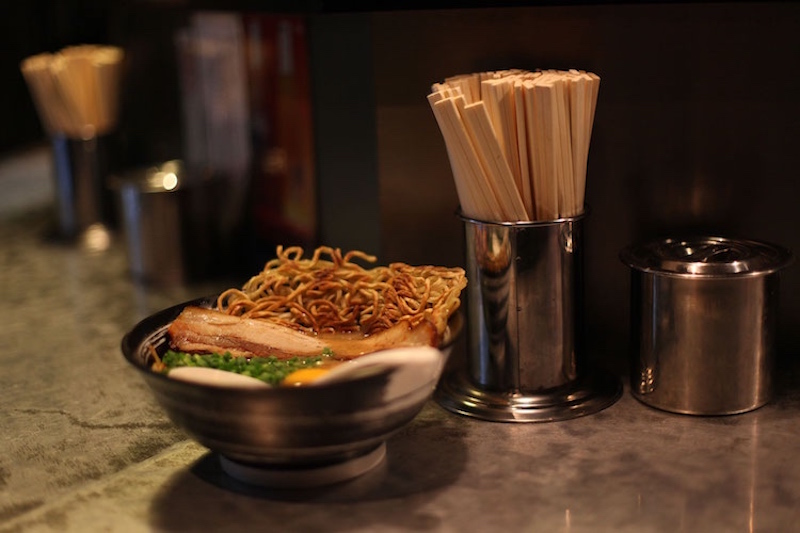 Located in a labyrinthine mall under the soaring Tokyo Sky Tree Tower, Rokurinsha is renowned as one of the city's best purveyors of ramen noodles. There's always a queue when they open at 11am, but don't worry, it moves quickly. Ordering is done via a hi-tech digital screen at the entrance – welcome to the future – and just seconds later a hearty bowl is placed before you. Go for the tsukemen – egg noodles served with a rich dipping sauce – and don't forget to add an extra soft-boiled egg and a few slices of smokey char siu pork. For an essential Tokyo lunch, ease the optional infusion of chilli oil with an icy handle of Sky Tree beer. 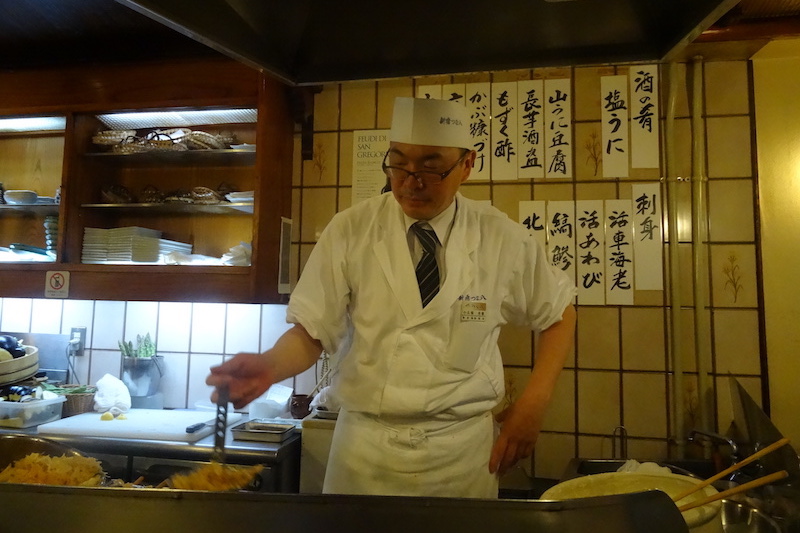 Unlike Japanese restaurants in New Zealand, many eateries in Tokyo specialise in only one style of food, and the focus for almost a century at Tsunahachi in bustling Shinjuku is on tempura. Each dish is cooked to order so settle in at the counter for a ten-dish set of fried prawns, eel, shellfish and vegetables in an incredibly light batter. Decked out in full chef's whites, the savvy older chefs – these guys are renowned as Tokyo's absolute tempura masters – also have a smattering of English to accompany their culinary theatre. Tempura may be all they do, but damn it's good. 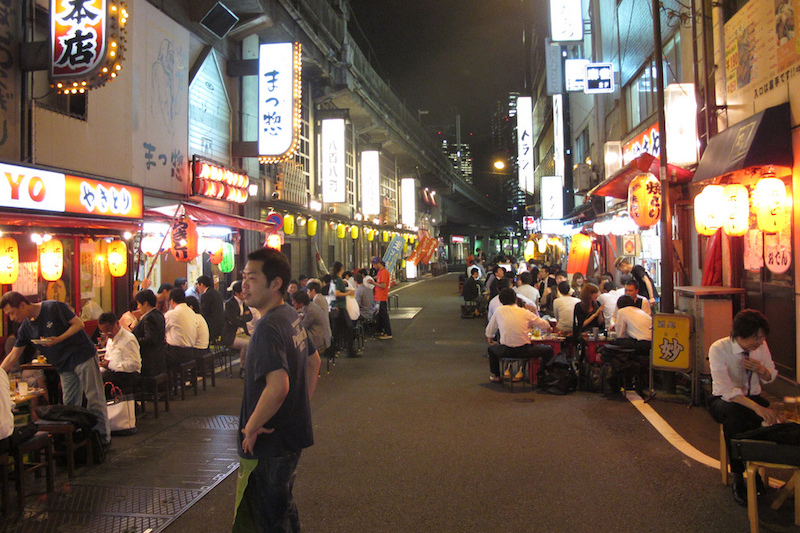 Also in Shinjuku, and near cool neighbourhood bars, Donjaka is a classic Tokyo izakaya. Think Japanese pub, and you won't be far wrong. With décor channeling a vintage 1950s vibe, there's often no English spoken, so just mention the magic word “Omakase” and let the chef choose. Big shared tables make it easy to make new friends when you're waiting on plates of super-fresh sashimi or grilled asparagus wrapped in pork. Curious drinkers should sign up for a tasting selection of three varieties of craft sake. 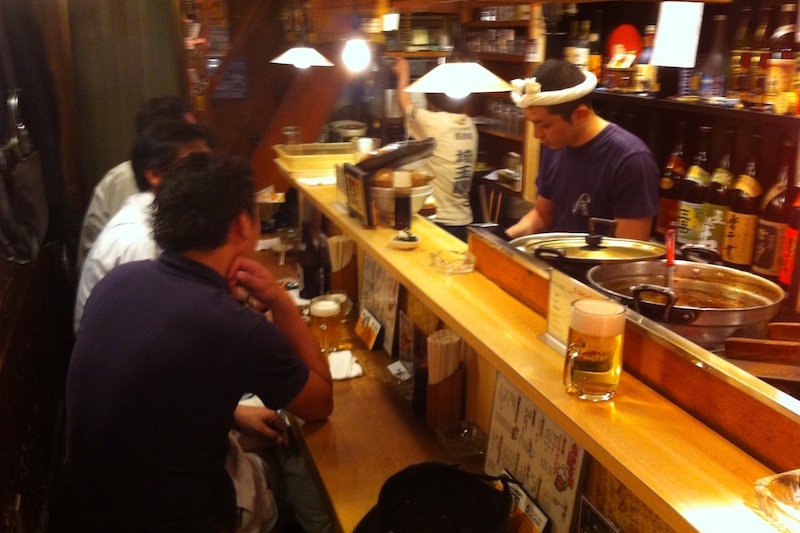 Also dubbed “Memory Lane”, Omoide Yokocho is a tangle of tiny bars huddled under the gritty train tracks around Shinjuku, the world's busiest railway station. Shots of shochu (traditional Japanese spirit) lure in Japanese crowds at the end of the working day, and simple charcoal barbecues turn out plates of grilled squid, chicken and beef yakitori skewers. Most of the bars only seat a handful of drinkers, so be prepared to quickly bond over a chilled Asahi! You'll need the beer to cut through the fiery condiment of wasabi and raw octopus that's on offer at every compact and low-ceilinged spot. 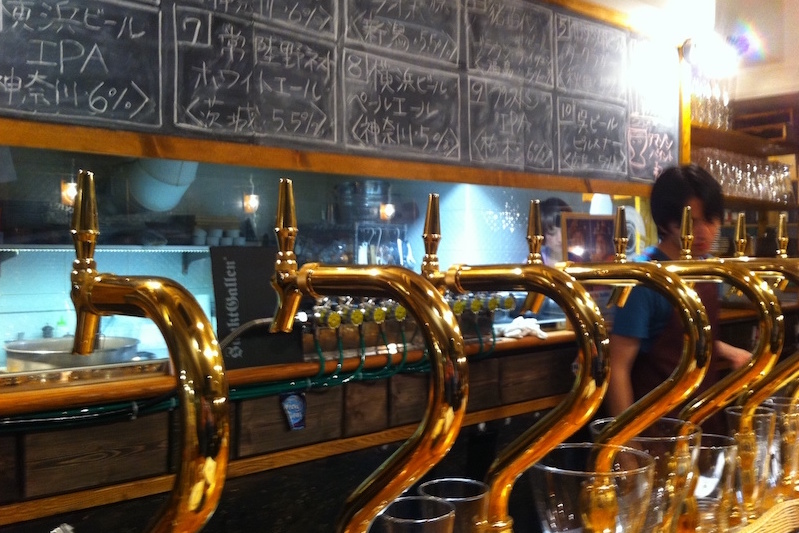 The best of Tokyo craft beer

Three letters of the Western alphabet you may recognise amid Tokyo's avalanche of Kanji characters are I, P and A. Craft beer is a big deal in the city, and India Pale Ales, wheat beers and robust stouts are all popular. Top brewpubs to visit include Baird Brewing in Harajuku – try the Wabi-Sabi Japan Pale Ale tinged with green tea and wasabi – and the Yona Yona Beer Works, with five locations around town. Their toasty Tokyo Black is deservedly famous around Asia. If you're in town to watch sumo wrestling, the 70 taps at Popeye Beer Club are just a short stroll from the Ryougoku Sumo Hall.