How much of Hong Kong can you see during a 12-hour layover? The answer may surprise you.

New Zealand is a long, long way from a whole lot of places. Any Kiwi who has flown any serious distance is painfully aware of this fact. Long-haul flights in and out of New Zealand often need to be split up with layovers, and long layovers can be a great way to break up your travel time, get out and explore somewhere new. On a recent trip from Toronto to Auckland, we had a layover in Hong Kong where we made it our mission to see as much of the city as we could in 12 hours. We managed to tick off most of the crowd-pleasers, including eating at the world’s cheapest Michelin-starred restaurant. 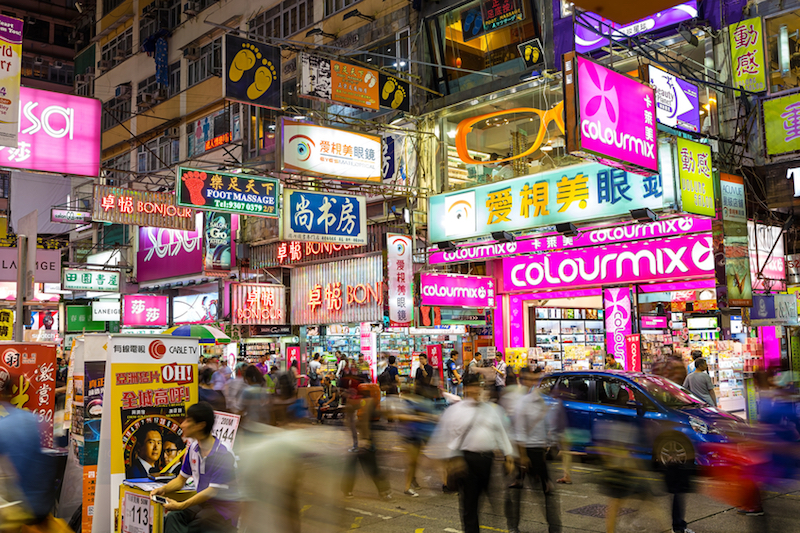 6am: We land. After almost 15 hours in our seats, the thought of getting out and stretching our cramped legs was a delight.

6.30am: Clear customs and take the train. Once released into the main airport terminal, we easily follow the signs for the Airport Express train which takes us to Hong Kong Central Station in just under 30 minutes (with WIFI on board).

7am: Arrive at Central station. We’d planned to head straight to the top of Victoria Peak to avoid the crowds later in the day, but the morning is a little hazy so we decided to do the Peak later (big mistake, we later found out!). The train station, by the way, has day rates for storing luggage that are cheaper than the airport. 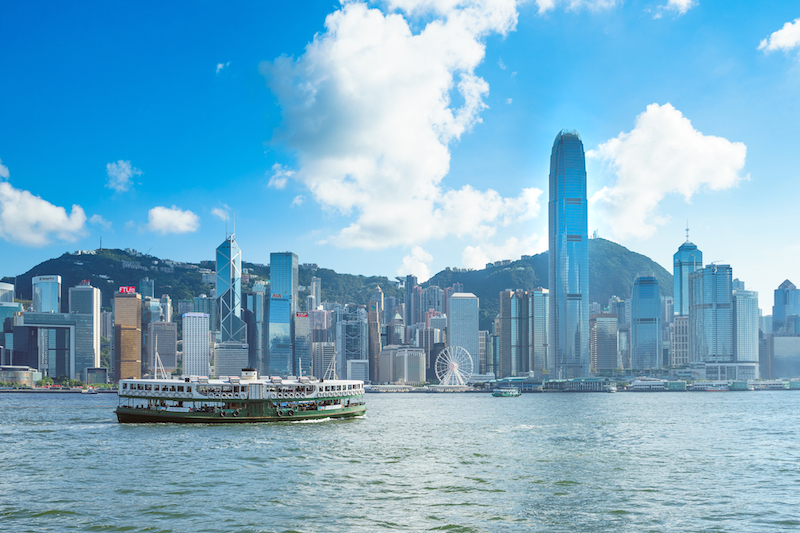 7.30am: Star Ferry across to Kowloon. The historic Star Ferry offers a great opportunity for photos of Hong Kong’s skyscraper cityscape with Victoria Peak behind it. It’s a 5-10 minute crossing and it’s worth it for the photos, if nothing else.

8am: Grab a coffee and enjoy Kowloon Park. As the city comes to life, we sit among the tropical trees and birdsong and watch the older locals start their day with some morning tai chi and square dancing. There is also an aviary set amongst the manicured lawns, ponds, gardens, and play areas. 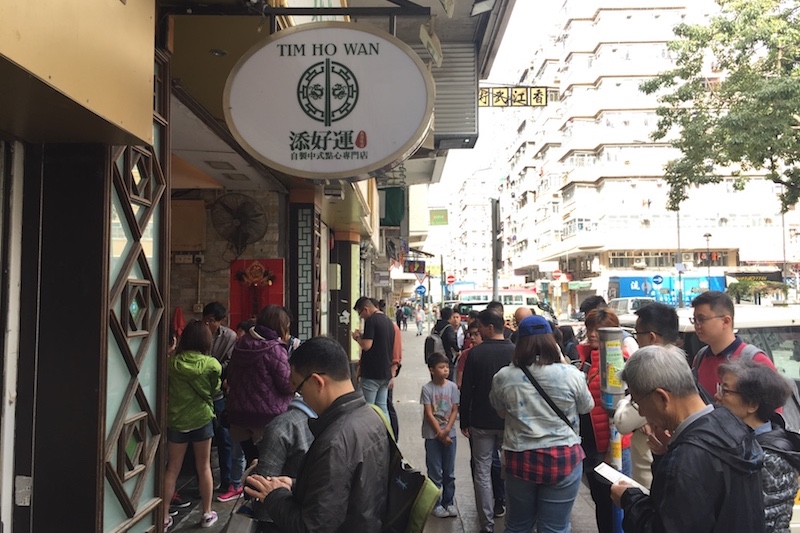 9.30am: Line up and wait for Michelin-starred dim sum. This is a treat. Tim Ho Wan is reportedly the world’s cheapest restaurant with a Michelin star. The original branch in Sham Shui Po is supposed to be the best, so that’s where we head. It opens at 10am on weekdays and 9am on weekends, and if you get in line about 30 minutes early, you should get a table right away. Come later, and you’ll likely be lined up down the street. Get the pork buns! These little suckers are baked with a slight sugar crust on top and they’re insanely good, as is pretty much everything here. We eat until we’re full, and it only cost about $35 for the whole meal (for two). 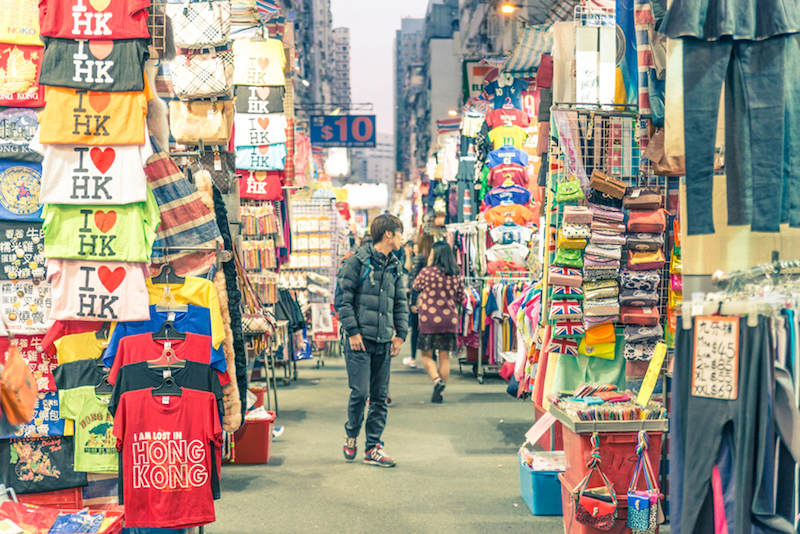 10.45am: Explore the local markets. After yum cha, we head east to check out the nearby street markets, including the Fish Market and Ladies’ Market. The Fish Market  is not what you might expect. There are thousands of tiny, shiny, colourful fish hanging individually in small plastic bags. The home-aquarium scene in Hong Kong is evidently thriving. The Ladies’ Market is much larger, running for a few city blocks. Here, you can buy clothing, souvenirs and various other knick knacks, and all very cheap. We bought a phone charger as we foolishly packed ours in our checked luggage. 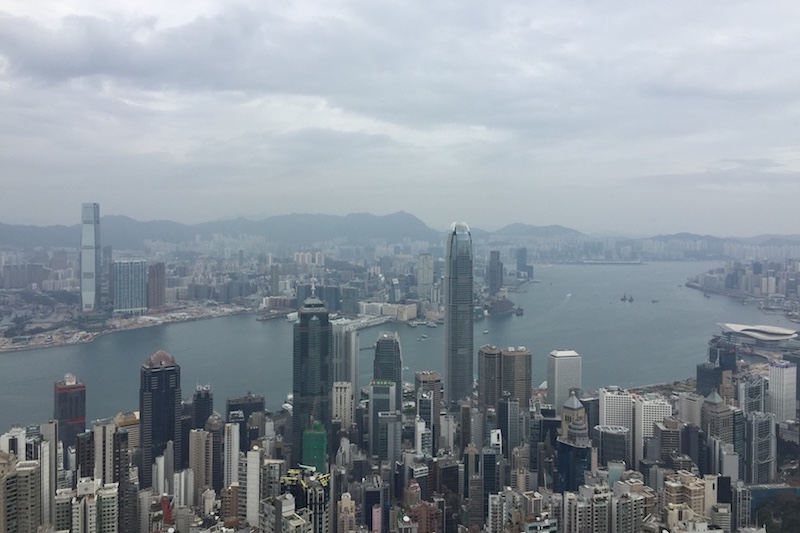 The view from the top of Victoria Peak. Photo: Sam Boyer

12pm: Climb the Peak. This might be the best part of your visit. We take the subway back to Central Station on Hong Kong island now that the weather has cleared. But by the time we get to the queue (around 12.20pm) for the iconic cable car up the hill, I estimate the line will take about two hours to clear. Ok, so here’s a couple tips: it’s probably a better idea to head up first thing in the morning before the crowds arrive, even if it’s a little hazy. But you can climb the hill too which is what we end up doing. Advice? Take a bottle of water (which we didn’t), dress athletically (which we weren’t) and be prepared for a pretty decent hike. It’s only about 2.5km up the hill, but it’s a pretty steep, sweaty ascent. The view, however, is well worth the discomfort.

3pm: Time for a beer. After trying in vain to find a craft beer bar in the city (being beer snobs), we settle for an English-style pub instead for a quick pint and somewhere to charge our phone.

4pm: A well-earned rub. After a day of largely being on our feet, we decide to go for a massage. Foot masseurs (sometimes called reflexologists) are everywhere here. We do a little Google Maps search for decently rated places nearby and grab a cab to one. We lie back and enjoy a foot bath and 45 minutes of lower leg pampering to close out our day for about $30 each.

5pm: Time to dash. It’s time for another taxi back to station to collect our bags and catch the train back to the airport.

6pm: Check-in. After a packed 12 hours, it’s time to fly on out. Tired and well fed, we’re ready for a sleep on the plane.