Los Angeles Airport has a reputation as one of the most despised airports in the world to spend a few hours, but there’s no need to hate. Greg Bruce explores two ways to have a good time at LAX. 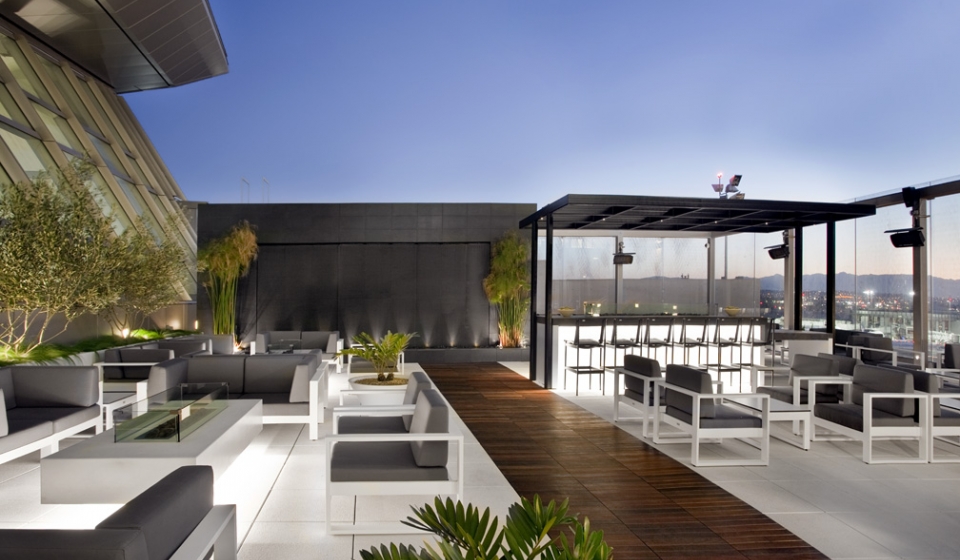 It was 2pm when I walked out of Los Angeles International Airport (otherwise known as LAX), 90 minutes before I needed to be back for my connecting flight to Atlanta. It was the right amount of time for a burger.

In-N-Out Burger is famed for many good things. Among them: serving food that’s always fresh and never frozen (including cutting potatoes into French fries in store), and paying good wages. The company’s still owned by the family that started it in 1948, who refuse to franchise it. It’s everything you don’t think of when you think of fast food.

The walk to In-N-Out from LAX is a little over a kilometre, which should take about 15 minutes but instead took me an incredible 25, due mostly to the multiple road crossings with lights that prioritise pedestrians not at all.

Still, there’s something deeply pleasant about clearing one of the world’s busiest airports and finding yourself the only pedestrian on the way to lunch while thousands of people jostle for a hateful sandwich or wrap in one of the nine terminals behind you.

For the bulk of the walk, there was little greenery, but that is not to judge the walk harshly, because it spoke authentically of Los Angeles’ awe-inspiring obsession with the car. 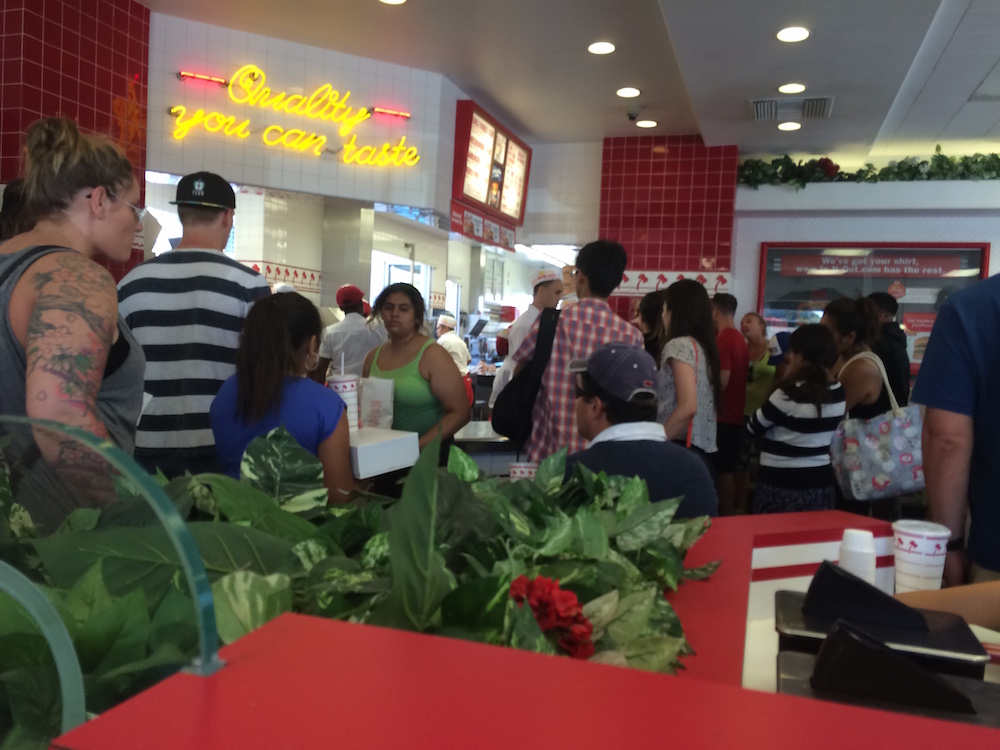 It was 2.25pm when I arrived at In-N-Out and it was nearly 20 minutes later when I got my food: a ‘double double’, chips and a root beer. A sign on the wall said maximum 70 guests, but there were at least 100 in the restaurant, and the drive-thru featured a line of cars that didn’t seem to end.

The burger dripped with joyful fat from its two patties and the chips seemed strangely healthful. Had you blindfolded me and not told me where I was, I wouldn’t have said it was any tastier than any other fast food place, but we don’t go places blindfolded.

I was buying and eating a very particular and attractive story. It was delicious. It was hard to imagine a more satisfying stopover.

It was 7.30pm and the sun was setting. It was a beautiful, clear night. I pulled a bottle of Stone Cellars chardonnay from an ice bucket and poured a short glass, then sat there on the open air terrace at the award-winning new Star Alliance lounge at LAX, wondering why the lounge was full inside, with hardly a seat to be had, and out here were fewer than 10 people. It felt like a wonderful, naughty secret.

I had put my name down for a shower. After about 20 soothing minutes, my buzzer went off and I was allocated a beautiful, sharply appointed room, as big as an office. There was a full assortment of toiletries and also a toilet. 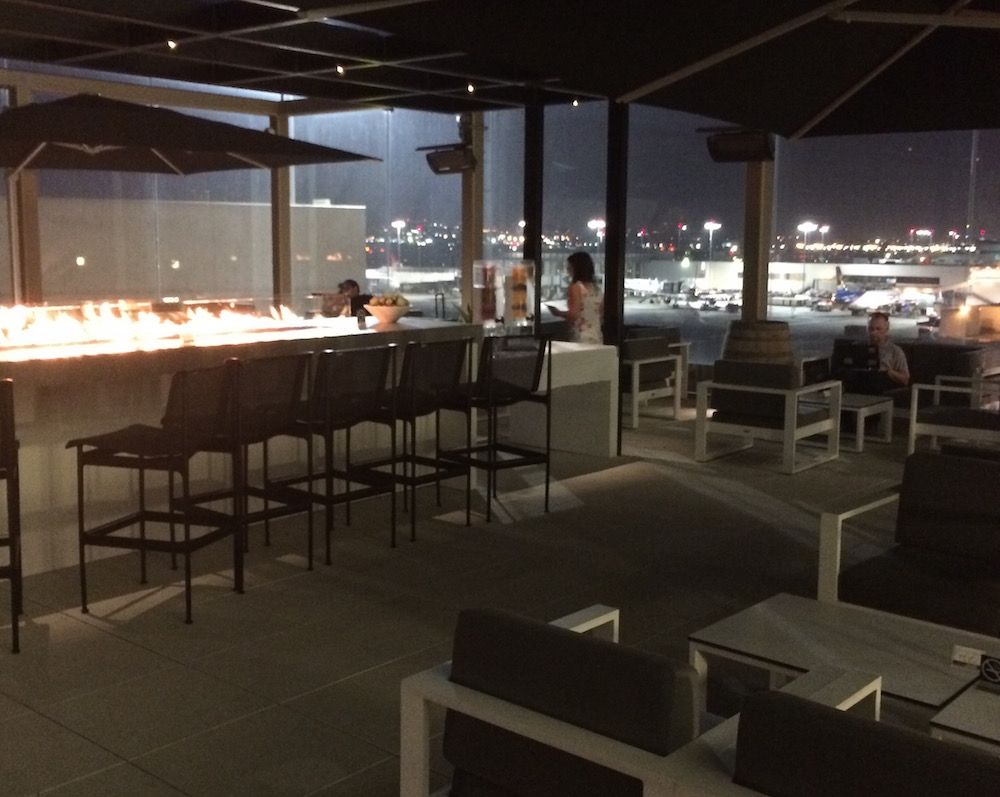 Back in the lounge after my shower, a waiter wheeled around a trolley laden with plates of edamame and a selection of bottled beers. I was not there to say no, so I took a plate. The woman next to me was on the phone. “What is it?” she said to the waiter.

“I’ll try anything,” she said, taking a plate.

The library area contained an exhaustive rack of international newspapers and magazines. I plucked a Scientific American and headed to the balcony area with a glass of riesling. I never opened the magazine.

With maybe 15 minutes before boarding, I reluctantly headed out into the public melee of the Tom Bradley International Terminal. At a platform on a mezzanine floor, a performer sang Tom Petty’s “Free Fallin’”, accompanying himself pleasingly on acoustic guitar.

The shops were incredibly high-end and had the sheen of newness: Porsche, Tumi, Boss. There was a pretty grand food court, featuring a champagne and caviar bar. There was also a classy sandwich place belonging to Top Chef winner and leading LA restaurateur Michael Voltaggio.

I arrived at the gate for my flight home feeling richer than I am, refreshed – cocooned in luxury. It was hard to imagine a more satisfying stopover.