From fiery volcanoes to tropical rainforests, sacred sites to sophisticated dining, the six major Hawaiian islands offer something for everyone. Here's our guide to what's on offer on Kauai, Oahu, Moloka, Lanai, Maui and Hawaii Island. 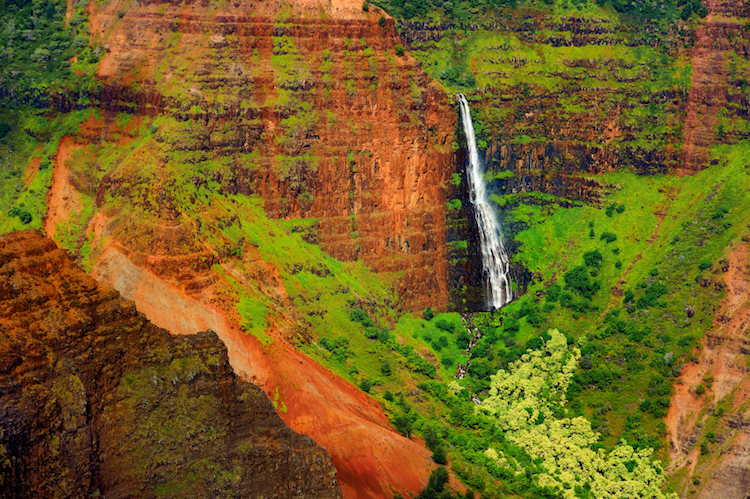 The most northerly of the Hawaiian islands, Kauai is an excellent choice for visitors looking for a peaceful escape but with plenty of places to eat, shop and stay. People come here to sunbathe and snorkel, of course, but also to explore the extensive tropical rainforest that has earned Kauai the nickname “The Garden Isle”. The more intrepid head to the spectacular Waimea Canyon or one of the hiking trails that criss-cross the massive Sleeping Giant mountain range; others simply hire a bike or put on jogging shoes and follow the Kauai Path around the coastline. Be sure to devote one day to a boat tour around the rugged cliffs of the Na Pali Coast and check out Kapaa township for great restaurants, street fairs and farmers markets. 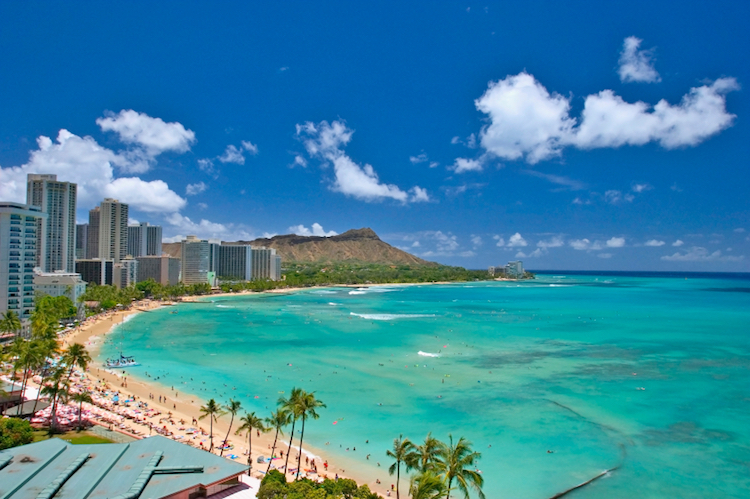 If you're visiting Hawaii, you're going to at least set foot in Oahu. Hawaii's major island, it's home to Honolulu International Airport and the buzzy, love-it-or-hate-it tourist district of Waikiki. But there's so much more to Oahu than the big city. An hour's drive away is the North Shore, a world-famous surfing mecca that goes back to being a laid-back beach community during the summer off-season. Even closer to the city is Hanauma Bay, where'll you find some of the finest snorkelling in Hawaii, and Lanikai, Waimanalo and Kailua beaches, all of which have been named among the best beaches in the world. 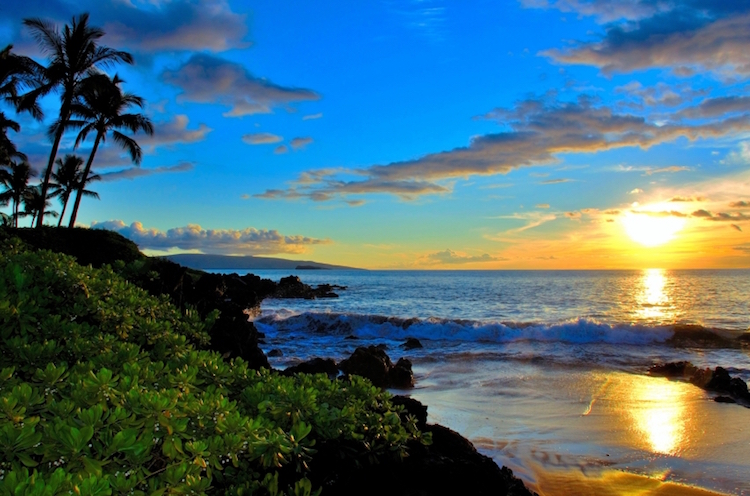 A beach on Maui. Credit: iStock.com

Maui is probably Hawaii's best-known island, and for good reason. It features everything that makes Hawaii wonderful, from spectacular national parks to perfect white-sand beaches, plus enough restaurants, retail and nightlife to keep the boredom at bay. Many think Maui is the most beautiful Hawaiian island of all, and it's the breathtaking landscapes that makes it such a wonderful place for a road trip. Your ideal itinerary includes the famous road to Hana; Haleakala mountain and its national park; and Kaanapali and Kapalua beaches, both of which have held the title “America's Best Beach”. 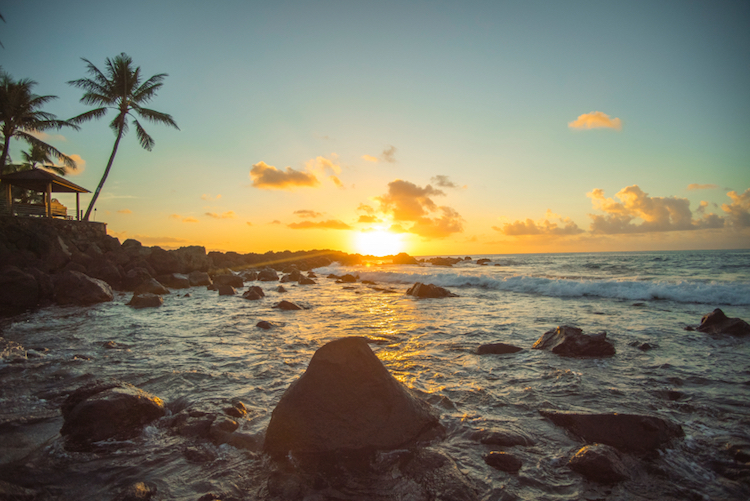 Oahu's southern neighbour is Hawaii's remote paradise, a “get away from it all” destination with no skyscrapers, or traffic lights, or big resorts. It also doesn't have much in the way of fancy restaurants or nightlife either, so if your idea of a holiday includes eating at a new restaurant every night Molokai may not be for you. But if you're content with some of Hawaii's most beautiful scenery and plenty of deserted, unspoilt beaches, you should put it on your wishlist. Unlike most of multicultural Hawaii, Molokai's population is almost entirely native Hawaiian, so this is a wonderful island in which to experience indigenous culture up close. 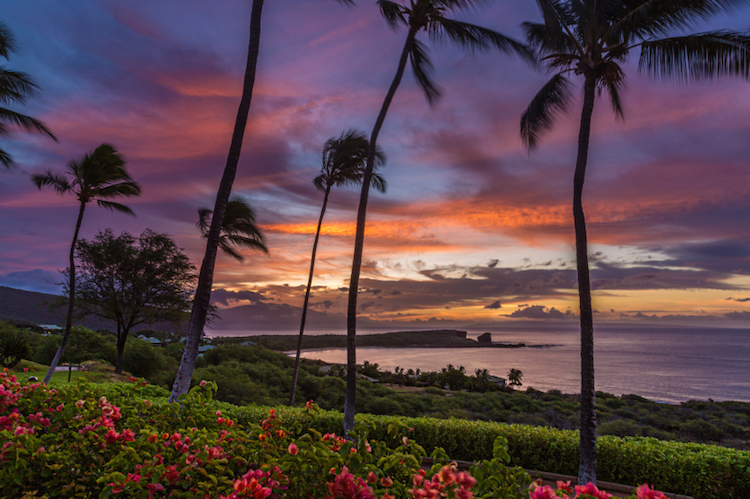 Smaller than Molokai, and nearly as remote, Lanai nonetheless boasts a much more developed tourist industry. Most visitors stay at one of the two Four Seasons properties – luxury resorts complete with golf courses, fine dining and spas. Fill your day scuba diving, snorkelling and swimming, then head to the red rock landscape of Keahiakawelo, the Garden of the Gods. This wild, desert-like area is best seen during “golden hour”, the period shortly before dusk, when the strange boulder formations are illuminated with an unearthly glow. 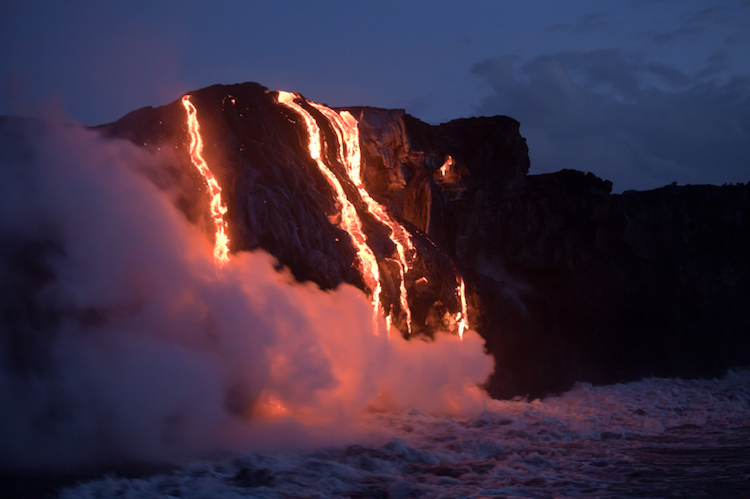 Most people know it by its nickname, the Big Island, and it's Hawaii Island's size which makes it such a brilliant holiday destination. Its immense variety of landscapes and microclimates mean you can be standing on a tropical black sand beach in the morning and on a snowy mountain peak by mid-afternoon. The Big Island is home to Kilauea, one of the world's most active volcanoes, which you can explore on foot or by driving the 17km round trip around the crater's rim. Other big tourist draws on the island include the world-famous Kona coffee district, the colonial wooden storefronts of Hilo, and the national park at Puuhonua o Honaunau, one of Hawaii's most sacred historic sites.