A juxtaposition of the old and new is the bold aesthetic of the New Acropolis Museum. Opened in 2009, this must-see architecturally designed modern museum houses a wealth of ancient statues and sculptures, applied art, archaeological artifacts and the famed Parthenon Marbles in a stunning environment.

From the ground floor where you can spy finds from the slopes of the Acropolis displayed on a glass floor to the top level, which houses the Parthenon Gallery, there is much to see and admire in this beautifully designed museum that meshes the old with the new. The Gallery of the Slopes of the Acropolis showcases a mix of everyday items and finds that Athenians used in various time periods. On level one, the Archaic Gallery presents the large architectural marble sculptures of the battle between gods and giants from the Old Temple, remains of sculptures of the earliest building on the Acropolis – Hekatompedon – including the lioness pediment, and The Votives or statue offerings used to appease Goddess Athena. The collection of votives displayed at the New Acropolis Museum each reflect the era, social status and economic status of the worshipper.

The Parthenon Gallery on the top level showcases the ancient treasures from the Parthenon including the frieze known as the Parthenon Marbles. Depicting humans and a variety of animals, the frieze, of which 50 metres of the 160 metres is displayed (the rest is scattered among various other museums around the world) is a homage to the festival known as Great Panathenaia in honour of Athena. You'll also find the metopes, scenes of ancient battles and victories, and pediments which adorned the cornices of the Parthenon's roof. The gallery also offers stunning vistas of the temple itself.

There are also other notable sculptural artworks to peruse plus a restaurant which also offers great views of the Acropolis. The New Acropolis Museum is located just 300 metres from the Acropolis and accessible from the Acropolis metro station on the east side of the museum. Tickets are €5 for adults, €3 for children age five to 18 and under-fives are free. 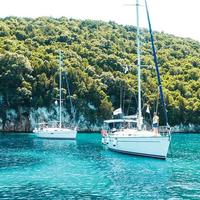 Other Destinations in Greece