Day 1Bonjour, welcome to your foodie adventure! Today kicks off with a complimentary transfer from Villefranche sur Saone Station to our 16th... 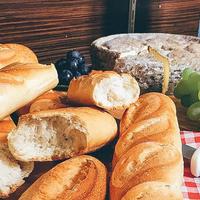 Day 1Villefranche to BeaujolaisBonjour, welcome to your foodie adventure! Today kicks off with a complimentary transfer from Villefranche... 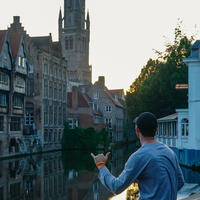 1 Your adventure begins in the stunning French capital of Paris. Meet with your fantastic Busabout guide and get a breakdown of all the upcoming... 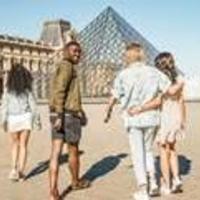 London to Paris by Train

Day 1Your European train adventure begin here in the famous city of London. Tonight we'll get to know each other over a three course dinner in...

Day 1Bonjour! Our very own 'Pour de France' begins today as we head from Chalon Sur Saone train station to our hotel, where we'll meet our host... 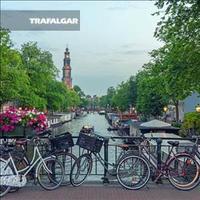 Day 1Start your unforgettable Europe adventure in Amsterdam. If you can tear your eyes from its scenic canals, you'll be staring at the city's... 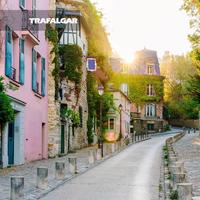 Jewels of France including Normandy

Day 1Ah Paris! Audrey Hepburn described it best when she said 'Paris is always a good idea'. We’re sure you’ll agree. After checking in, meet...

Jewels of France Including Normandy

1 ARRIVE IN LONDON, ENGLAND.Welcome to London! Tonight, meet your Tour Director and travelling companions for a welcome dinner, followed by a...

1 ARRIVE IN LOURDES, FRANCE.Check into your hotel, then meet your Tour Director and fellow travelers, and prepare for your upcoming spiritual...

One of the world’s most popular destinations, it’s not hard to see why France welcomes millions of visitors each year. The history and culture is palpable throughout the city with some of the world's most famous monuments and landmarks positioned amongst France's iconic cities. It is a veritable smorgasbord of delights, inviting travellers to unveil its hidden treasures. And there is no better way to do so than through a guided tour or trip.

Its capital is called The City of Light, it was the birthplace of the Enlightenment and its famous Riviera attracts the brightest celebrities, so it’s safe to say France positively dazzles with its numerous attractions. Paris is radiant when the Eiffel Tower lights up each night, and most Paris tours include a stop at this world-famous landmark.

Many French tours start and end in the capital, so there’s plenty of time to familiarise yourself with landmarks like the Louvre and Arc de Triomphe. Many city tours include trips to a cabaret show at the legendary Moulin Rouge, while walking tours of the various arrondissements are an excellent way to get a close-up glimpse of this sparkling city.

Whichever direction you travel in, there is plenty more to see outside Paris. Take a bicycle tour through the Loire Valley for a peddle-powered glimpse of the spectacular French countryside, hire a car and explore the glittering French Riviera, indulge in some of France’s finest wines in the Burgundy region or grab your skis and hit the slopes of the French Alps.

In a country renowned for its grand culinary traditions, there is no shortage of tours dedicated to sampling some of the finer things in life. Food and wine tours of cities such as Bordeaux and regions like Provence are especially popular, while French cooking classes abound in a nation in which living well is national pastime.