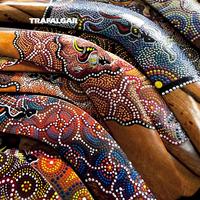 Day 1Dive into five days of history, food, and sightseeing on your Australia tour package in quaint Berrima before arriving in Gold Creek... 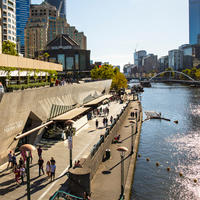 Day 1Depart Sydney this morning and travel through the rolling hills and verdant pastures of the Southern Highlands. Pause at historic Berrima... 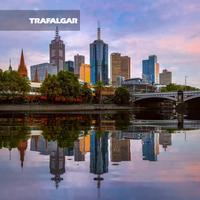 Day 1Say g’day to the vibrant city of Sydney, known for iconic landmarks, a glistening harbour and beaches so famous they have their own TV...

Melbourne is the vibrant and celebrated heart of creative culture in Australia. It’s easy to see why it has been ranked as one of the world’s most liveable cities, as it has a prominent arts and entertainment scene, and is renowned for its dynamic food and wine culture. Don’t miss a second of the action in this lively city, and explore the surrounds on guided tours that highlight all Melbourne has to offer - from the great outdoors, to the historic city streets.

You’ll be swept away by Melbourne’s charm on a city sightseeing tour, with highlights including Captain Cook’s Cottage, Federation Square and the bustling Queen Victoria Market. Along the way you’ll learn all about Melbourne’s early days as a British settlement and can gaze upon the Gothic-inspired sandstone architecture of soaring St. Paul’s Cathedral.

Discover a darker side of Melbourne on a chilling Crime Tour. Tap into the minds of Victoria’s most notorious criminals – including infamous bushranger Ned Kelly – and visit Old Melbourne Gaol. Specialised walking tours run the gamut from enjoying the city’s deluxe coffee and cafe culture to sampling some craft beers and indulging in shopping extravaganzas in many of Melbourne’s fashionable hot spots. Other activities might have you face to face with a shark at Melbourne Aquarium or a kayaking down the Melbourne River on a unique inner-city tour of the sights.

For some time out of the city, tours of the Yarra Valley offer a culture all its own. Sit back and sample some gourmet cheeses at Yarra Valley Dairy, or otherwise visit boutique chocolateries and explore award-winning vineyards in the lush Victorian countryside. Enjoy the scenery aboard a breathtaking hot air balloon flight, many of which include wine and a decadent on-board meal.

If nature is more your thing, you might enjoy a tour of the Phillip Island Nature Reserve in the south of the city. Along the way you’ll glimpse some of Victoria’s most unique wildlife, including pensive penguins, cuddly koalas and Australian kangaroos. Tours which explore the dramatic coastline are also well worth considering. Flagstone Maritime Village and its heritage-listed lighthouse have a fascinating history and boast beautiful ocean views.