1 ARRIVE IN WARSAW, POLAND.Welcome to Warsaw! At 6 pm, meet your Tour Director and travelling companions for a welcome dinner at the hotel. (D... 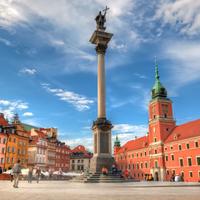 1 KrakowCzesc! Welcome to Poland. You will have an important welcome meeting at 6 pm, meeting your group leader and fellow travellers. Krakow...

1 ARRIVE IN WARSAW, POLAND.Check into your hotel. Explore the Polish capital with the help of the CosmosGO app. In the early evening, meet... 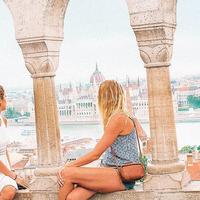 Day 1Here we are in the arms of Germany, the first of 6 incredible countries we're going to get very familiar with over the next 13 days.... 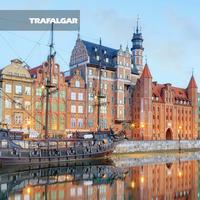 Day 1Connect with Warsaw’s steadfast spirit – a city rebuilt from the ashes of World War II. After checking in this afternoon, relax and unwind... 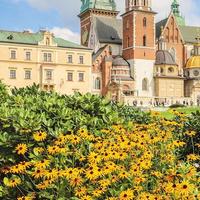 From ancient cities steeped in history, to the remote countryside peppered with endless hiking trails, there is so much to discover in Poland. As one of Europe’s largest countries, each city has a culturally rich and diverse history that dates back as far as the 7th Century BC. Tours and day trips are the perfect way to discover the country, taking you through the medieval cities of Warsaw and Krakow, all the way to the unspoiled coastline and scenic Masuria lake region.

Other culturally significant attractions in Poland are Malbork Castle, a medieval fortress from the 13th Century, and the Gothic Wawel Castle in Krakow, both of which can be explored by foot. The impressive Wieliczka Salt Mine is a popular World Heritage-listed site that stands on the outskirts of Krakow, drawing thousands of visitors eager to discover the underground chapels, statues and lake.

From the forest to the sea

If you’re looking to encounter the natural surrounds of Poland, a must-see is the ancient Białowieża Forest. Join a small-group walking tour to explore the last remains of Europe’s primeval forest, and look out for native wildlife including the rare European Bison. Outside of the inner-forest, you can admire the surrounds on a bike tour, or even on a horse-drawn carriage.

The serene Masurian Lakeland is a district of over 2,000 lakes connected by rivers and canals, which can be explored by many methods, from sailing and kayaking, to bike and walking trails. These canal systems lead to the Baltic Sea, where you will come across the Slowinski National Park on the coastline, famous for its shifting sand dunes.