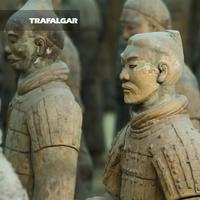 Day 1Welcome to China's sprawling, high flying and innovative capital city, Beijing. With one foot in the future and the other in the past,... 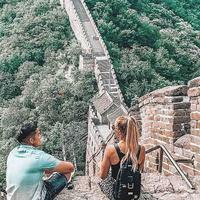 Day 1Today we join up in the capital city of Beijing and begin rolling in the excitement of having 12-days of Chinese explorations lie ahead of... 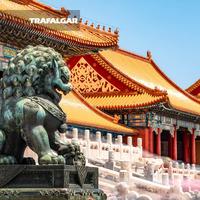 Day 1Launch your discovery of China in its cultural heart. Transfer to your Beijing hotel where you'll meet your Travel Director for a Welcome... 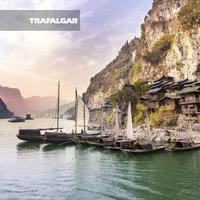 Best of China with Yangtze Cruise

Day 1Journey to the "Northern Capital" - a land of emperors, epic monuments and the cultural heart of China. On arrival in Beijing, you'll be...

Shanghai's must-sees don’t beckon as easily as cities like New York or London; in Shanghai you need to get down on the street level and explore the city’s hidden gems, back alleys and green parks. This is when a tour can come in handy to help show you around.  Luckily, Flight Centre has a variety of Shanghai touring styles to choose from, whether it’s guided cycling trips around the city, or private home-style cooking classes.

Start your tour of Shanghai on Shanghai’s lifeblood, the Huangpu River. Start out along The Bund, the 1.5-kilometre long boulevard on the western bank of the river and take in the city’s iconic waterfront setting. Board a boat to cruise along the river and take in the sights, including the famous Oriental Pearl TV Tower, which depicts two dragons playing with a ball.

A popular touring option is to cruise the Huangpu River by night, so you can admire The Bund city lights illuminating the skyline. Other water based cruises can take you to various water towns with quaint villages and bridges, including Xitang Water Town where a scene from Mission Impossible III was filmed.

When in Shanghai, the home of the steamed bun, it seems only fitting to learn how Chinese buns, dumplings and dim sums are made. Choose from a range of different cooking courses to suit all tastes and budgets and you’ll be soon sitting around dunking your efforts in soy sauce and happily chewing on your newly found Chinese cooking skills.

Wander the beautiful Yu Yuan Gardens to experience a classic re-creation of the Ming Dynasty. Continue on and explore Shanghai Old Street, an ancient lane originated during the Qing Dynasty. While you’re taking in cultural delights, step into Shanghai’s outstanding Museum of Ancient Chinese Art, home to over 120,000 rare artworks and artefacts.