Onboard the Bernina Express, one of the great railway journeys of the world

Travelling by train in Europe, you'll see beautiful landscapes from your window. But for truly spectacular scenery you can't beat Switzerland, home to the world-famous Bernina Express. 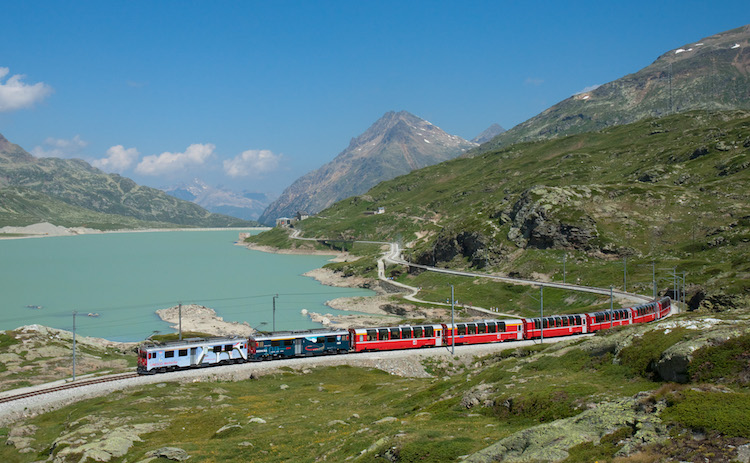 Last October I was researching a post on European railpasses for this blog. That was when I first came across the Bernina Express, a journey through the Swiss Alps that is regularly named among the most scenic train rides in the world. I read breathless accounts of the alpine scenery, the 55 tunnels and 196 bridges, and the line's certification as a UNESCO World Heritage site “Someday, maybe, I'll get to do that,” I thought. Nine months later, I did.

But first, I had to make my way to the start of the line. While Tirano, the Bernina Express's Italian terminus, is located in one of Italy's more remote corners, getting there was surprisingly easy. Trains leave Milan once an hour and with my Eurail pass I was able to jump on any train I liked, no prebooking or ticket purchase required. The two-and-a-half-hour ride passes north through Lombardy's lush countryside, skirts the shores of dramatic Lake Como, then heads east along the Valtellina valley. 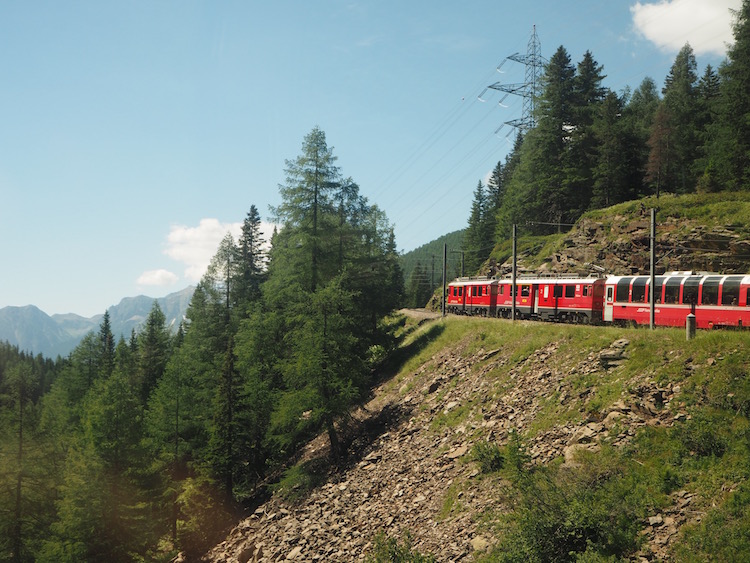 Located just a few kilometres from the Swiss border, surrounded by soaring peaks, the small town of Tirano feels far removed from the dry heat and high passions of the Italian south. Here the cured meat of choice is not porky salami, but dried-beef bresaola; pizzoccheri Valtellinese, the locals' favourite dish, is made from buckwheat pasta and is flavoured not with olive oil and lemon, but with potatoes, silverbeet and fontina cheese. In midsummer the river Adda still runs strong, rushing through the town on its way from the Alps towards Lake Como, and ominous clouds hang around the mountain tops.

But when the next day dawns the clouds have vanished; I board the Bernina Express in bright sunshine. The Bernina trains, painted bright Tonka Toy red, are geared towards tourists, with sealed floor-to-ceiling panoramic windows in both first and second class (you can also travel the route on standard local trains, which come without the panoramic windows – but unlike the Express, they can be opened for better photo-taking opportunities). The Express offers sporadic multilingual commentary pointing out some of the more notable sights, but for most of the journey the only sounds are the click and buzz of camera shutters and deep intakes of breath as yet another spectacular landscape comes into view. 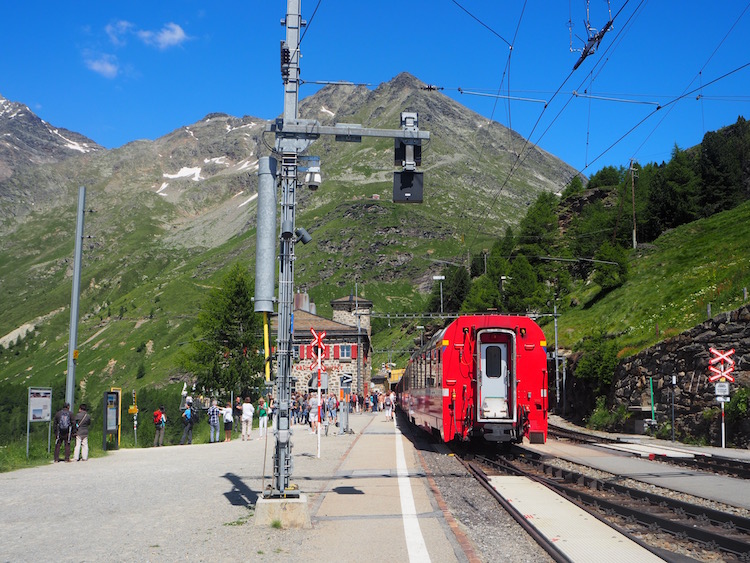 The train slips between ancient stone buildings as we run through the streets and out of Tirano. Immediately we start climbing; we'll have reached 2,253 metres above sea level by the time we pass the route's highest point. Built between 1896 and 1904, the railway track accomplishes the climb through some impressively steep gradients – as high as 1 in 7 – and a few jaw-dropping horseshoe bends, including the famous Brusio spiral viaduct. By now we've crossed the border into Switzerland. We roll through tiny medieval villages and past neat farmsteads, and make a quick stop at Miralago, a sleepy resort on the banks of Lake Poschiavo. Our current elevation, the commentary tells us, is 962m. Ruddy-cheeked walkers pass by on their way around the waterfront, raising their trekking poles in greeting as they go.

We climb further, hugging the mountainside as the landscape changes from flower-speckled meadowland to fairytale-thick pine forest. Inside, the passengers rush from one side of the carriage to another, trying to save every spectacular view onto their memory cards (if you do the trip, be sure to have your camera fully charged – unlike many European trains, there are no power outlets on board). Then suddenly we're beyond the tree line, and onto the rooftop of Europe. At Alp Grüm (2,091m), home to the Vadret du Palu glacier, we stop for leg-stretching and more photos, before travelling on through the majestic and inhospitable Bernina Pass. At Ospizio Bernina, a station on the shores of the milky white Lake Bianco, we reach the Bernina Railway's highest point. Then slowly, slowly, the train descends and the landscape gradually reassembles itself into the Swiss Alps of our imaginations: lush green hillsides dotted with cows, mountain streams that grow into cascading rivers, chalet houses with heavy eaves and boxes of scarlet geraniums at the windows.

The Bernina Railway runs all the way to the city of Chur in eastern Switzerland, a journey of around 4 hours in total. During the summer months the timetable is expanded to include a shorter Tirano-St Moritz run, which for scheduling reasons is the route I took. Dropping the Chur leg meant missing one of the journey's most famous highlights, the giant Landwasser viaduct and tunnel, but I didn't fret – I knew I'd be back to ride the Bernina Express all over again. The Swiss Alps in sun-dappled summertime was gorgeous, but they say it's a totally different experience in the depths of winter. I can't wait to find out. 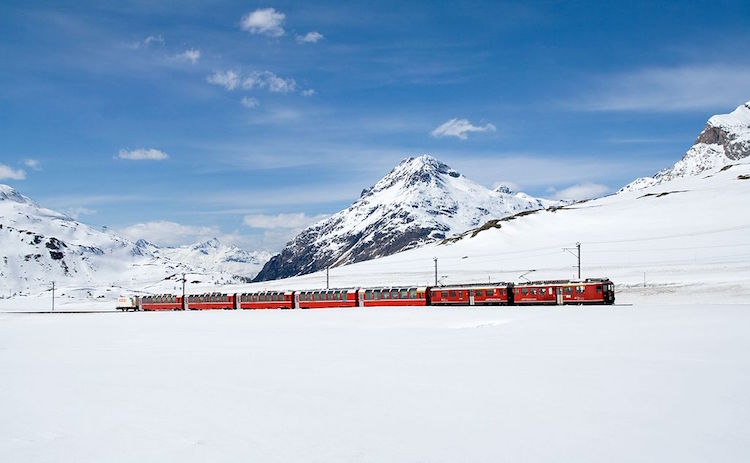 How to ride the Bernina Express

- Tickets for both the panoramic-carriage Bernina Express trains and standard local trains running on the same line are available through your Flight Centre travel expert.

- Advance reservations are required only for Bernina Express trains; for regular local trains you can just buy a ticket at the station and hop on.

- Booking a Bernina Express train incurs a reservation fee (around $16 NZD) on top of the regular ticket price. If you have a Swiss railpass or a Eurail Pass covering Switzerland you'll pay only the reservation fee.

- From Tirano, onward trains run regularly to Lake Como and Milan. From Chur, very frequent trains run to Zurich, Geneva and beyond. You don't need to pre-book your onward travel in either direction – tickets have unlimited availability and cannot sell out – but your travel expert can book the entire journey for you if you wish.