Noumea, the capital of New Caledonia and a little piece of France in the Pacific Ocean. Set upon pretty bays, beaches and a huge lagoon, the city of Noumea is casual and classy, a far cry from its beginnings as a French penal colony in the 1800s. Noumea is the only city of reasonable size in New Caledonia and it's an ideal starting point for further exploration of the mountains, surrounding reefs, lagoons and islets.

You can fly directly to Noumea from Australia, New Zealand and Asia – it's a very accessible destination. Brush up on your schoolyard French, pack your joie de vivre and come on over to explore.

Beyond the bays and beautiful hibiscus flowers, there are several attractions of interest in Noumea. You can learn about Noumea's history at the City Museum and enjoy viewing a remarkable collection of Pacific artefacts at the Museum of New Caledonia.

Just out of town is the Tjibaou Cultural Centre, which exhibits the iconic wooden round houses of the region and an Oceanic cultures library. It also holds shows featuring traditional dancing and music at certain times. Snorkelling is popular in Baie des Citrons (Lemon Bay) and wind/kite surfers take advantage of the breezes of Anse Vata beach in the afternoons.

French is the dominant cuisine of Noumea with Asian, Italian and Pacific also present in the restaurant offerings. At the markets you'll see baguettes and gooey French cheeses sold alongside coconuts and yams – the Gallic influence in this tropical location makes the island such a delicious destination for foodies.

Some of Noumea's best-known restaurants are in the attractive tourist area of Anse Vata. The city's main square, Place des Cocotiers, is also flanked by a variety of cafes and restaurants. And to drink? Try the kava while you're in town – it's a memory you'll not quickly forget.

There's a range of accommodation in Noumea to suit the hostel budget and the luxury splurge. Whether you're bunking down in a dorm or sipping cocktails on your sea-facing balcony, you'll find the hospitality to be warm and welcoming.

Auberge De Juenesse has garnered good reviews as a squeaky clean backpacker hostel with views over the city centre to the sea. A popular mid-range property is Le Parc – it's handy to the beach, harbour, cathedral and central square and its lagoon pool is perennially inviting. If five stars is more your style, you'll find the fine beachfront comforts at Le Meridien Noumea to your taste.

If you're looking for great value, stay at...

Leisurely peruse the chic stores and boutiques on the streets near Coconut Square or head to the bustling Municipal Market at Moselle Bay for delicious fresh produce and seafood. The market is open daily from 5am–noon and closes the third Monday of each month.

Some specialty shops of note..

New Caledonia is strongly multi-cultural. French colonisation has had a heavy influence on the local indigenous Kanak culture – the result is a cultural blend that’s beautiful and unique. While Noumea has a French Riviera-style vibe, the indigenous way of life is more present outside of the city.

The Kanaks have a strong tradition of dance and music, which is used to tell the stories of their people. Those with Kanak heritage are often involved in performances enjoyed by tourists.

The majority (60%) of the population is Catholic and every Sunday the city's churches swell with people. 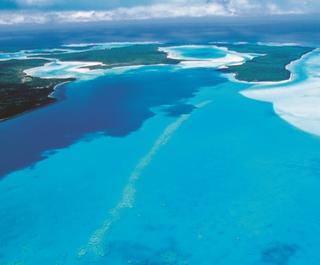