A first-timer's guide to Brittany, France 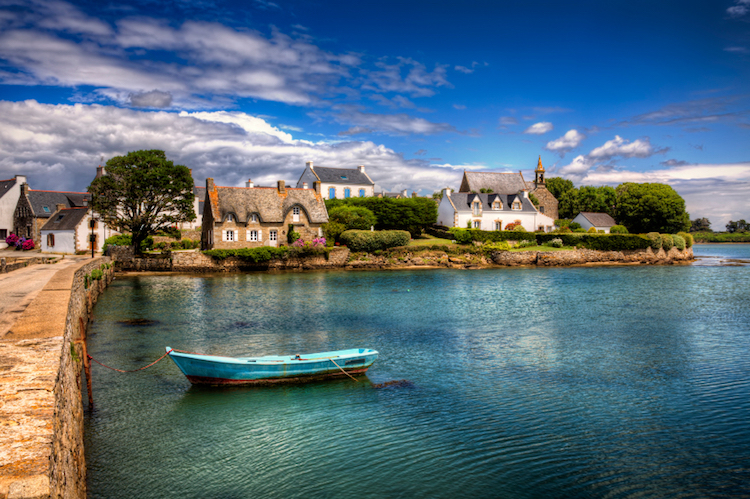 Where to go - St Malo and Dinard

Brittany's most popular coastal destination is likely the walled town of Saint-Malo. In medieval times a fortified island (it's now inseparably attached to the mainland), the town was the home of the legally authorised pirates known as Malouins, who lay in wait for English ships as they sailed into the Channel. The city's buccaneering history lives on in museums and monuments all over Saint-Malo, but the most fascinating are those in the atmospheric Old Town, known locally as intra muros, or “inside the walls”. Across the Rance Estuary from Saint-Malo lies Dinard, France's most fashionable seaside resort during the Belle Epoque era (1871-1914), with many impressive villas, houses and hotels dating from this time.

The northern part of the Breton coast has come to be known as the Côte de Granit-Rose, or Pink Granite Coast, for the glittering blush-coloured granite rocks – a unique granite variety only found here, China and Corsica – which strew the shoreline. The beaches in this area are gorgeous and uncrowded; nearby you'll find affordable restaurants and hotels, campsites and castles to explore. A few kilometres inland are the charming towns of Lannion and Tréguier – perfect for a morning market visit to stock up on picnic supplies. 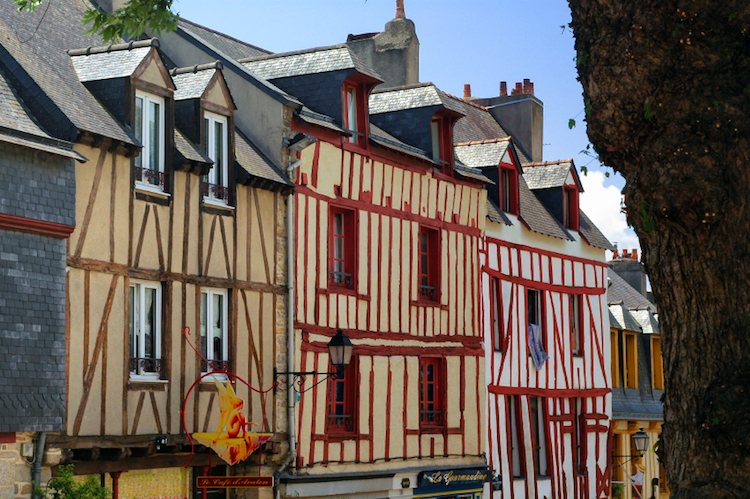 The medieval town of Vannes is the highlight of a visit to Morbihan, the southern section of the Breton coast. With its colourful half-timbered houses, numerous historic sites and gorgeous harbour, Vannes is a delightful place to explore by foot. A half-hour drive from Vannes is the village of Carnac, home to the world-famous Carnac menhirs – kilometres of standing stones, more than 3,000 in total, dating from 4,500 - 3,000 BC – plus megalithic burial mounds and tombs.

Despite a 20th Century bureaucratic change that put it outside the official Breton region, many still consider Nantes to be Brittany's capital. In recent years the city, the largest in northwestern France, has undergone a massive programme of creative urban renewal, resulting in ever-increasing tourist numbers and a reputation as the city with France's best quality of life. Attractions include the wondrous Les Machines de l'île (Machines of the Isle of Nantes), a set of gigantic mechanical animals inspired by Jules Verne (a Nantes local) and Leonardo da Vinci; Estuaire, a trail of 30 large-scale artworks along the banks of the River Loire, viewable by road or by river cruise; and the hugely popular interactive museum at Château des Ducs de Bretagne, the former home of the Dukes of Brittany. Everywhere you go in France, you'll find regional specialities and proud local culinary traditions – and Brittany is no exception. The coastal region is unsurprisingly famous for its superb seafood: head to Belon or Cancale to gorge on oysters harvested from the surrounding beds, and devour the best moules marinières of your life, made with the small, fleshy and extremely tasty local mussels. Brittany is home to the galette, a thick buckwheat pancake traditionally filled with egg, ham, cheese or vegetables, and they're available at restaurants and stalls all over the region. Sweet specialities include Kouign Amann, a cake made with bread dough with layers of butter and sugar folded in, and Far Breton, a fruit-filled baked dessert similar to clafoutis. 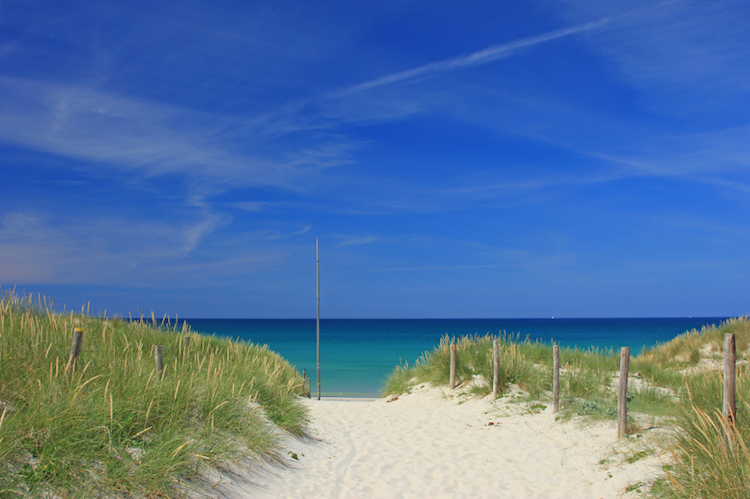 A beach on the Finistere coast, Brittany. Photo: iStock

How to get there

There's a reason Brittany is among the UK's favourite European holiday destinations. The southern England ports of Plymouth, Poole, Portsmouth and Weymouth offer ferry crossings direct to St Malo and Roscoff in Brittany. Be aware, though, that this isn't a short hop: a ferry to Brittany takes at least six hours' journey time, considerably longer than to Dunkirk or Calais.

Thanks to France's brilliant high-speed TGV network, Brittany is easily accessible by train from Paris. Allow two hours to get to Rennes in Brittany's east, three hours for St Malo on the north coast, and four hours for Brest and Quimper in the far west.

And if you'd rather fly, you'll find cheap flights from the UK and elsewhere in Europe to cities all over Brittany, contact your local Flight Centre today to find out more.