Visit France and you'll come back extolling the food, the art and the laid-back French lifestyle. But what will stay with you most is France's incredible beauty, from charming medieval villages to soaring Alpine peaks. Here, in no particular order, are our picks for the country's 10 most beautiful destinations. 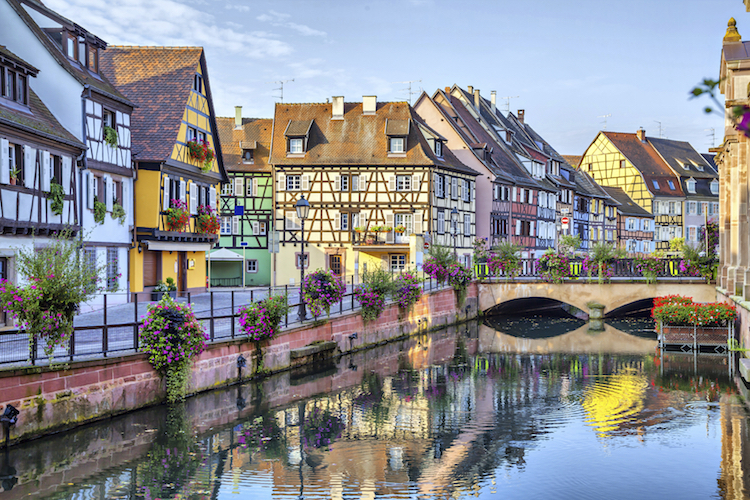 Brightly coloured houses along the canals at Colmar. Credit: iStock.com/bbsferrari.

This town near the German border is famous for the brightly coloured houses that line the canals of its “little Venice” (la Petite Venise) district. Instagram to your heart's content, then keep exploring: the town is packed with historic architecture, from 13th Century Gothic to 19th Century neo-Baroque. Find a cafe and order a glass of something cold and crisp: the surrounding region of Alsace is known for its dry rieslings and lager-style beers. 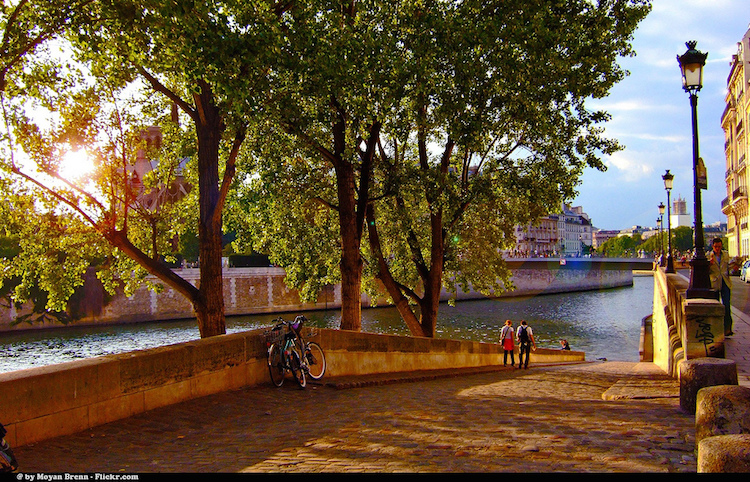 You wonder if Paris can really be as beautiful as they say... and then you get there and realise the superlatives didn't do it justice. The great monuments and attractions – the gardens, the cathedrals, the magnificent boulevards – are must-sees, but so much of the Paris magic is in the streets and squares far from the tourist trail. 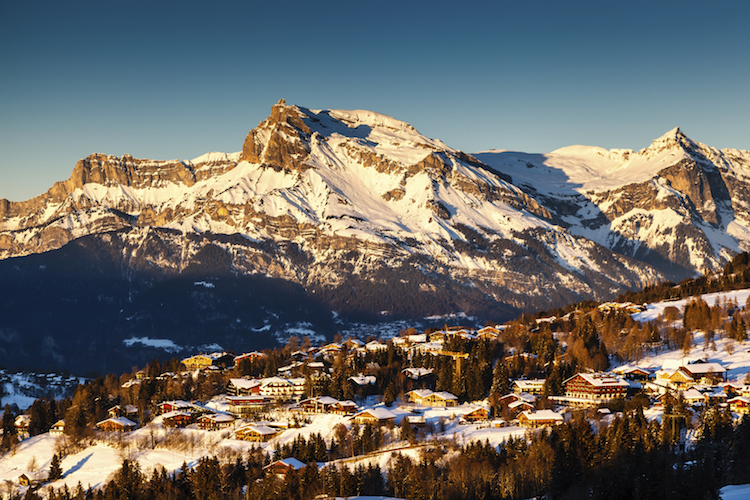 The French Alps are home to some of Europe's best skiing, and destinations like Val d'Isere and Courchevel are among its most beautiful ski resorts. But top honours have to go to Megève, a prettily wooded skifield overlooking a charming alpine village. Its medieval centre is completely car-free and features an ice-skating rink, horse-drawn sleighs, and lots of cosy places to drink red wine and eat fondue. 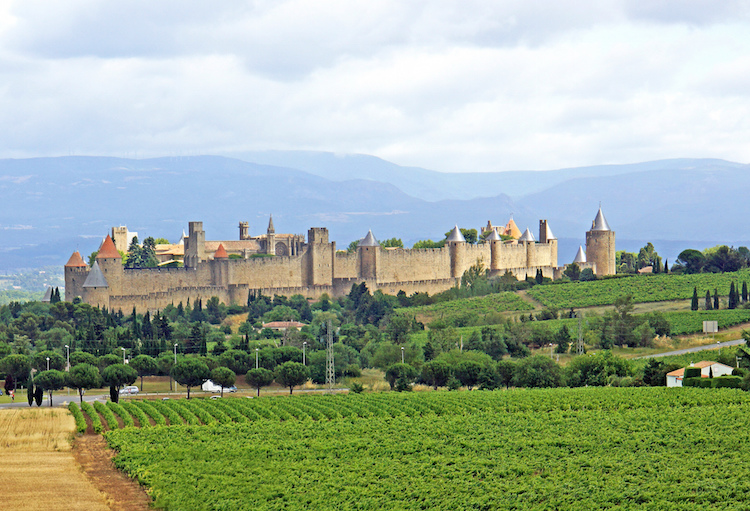 If Carcassonne looks familiar, it may be because Walt Disney supposedly used its turrets as inspiration for Snow White's castle. Or perhaps you've seen Robin Hood: Prince of Thieves, which was partly shot here. Behind the walls of this medieval fortress town is an impressive castle, Chateau Comtal, and a well-preserved cobblestone village. 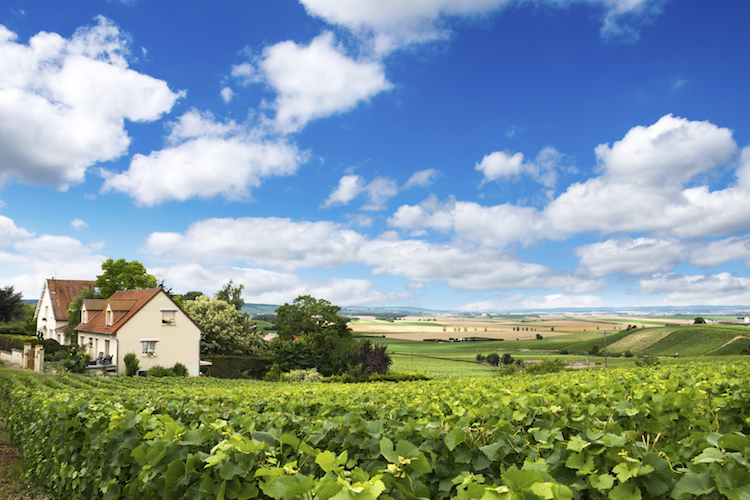 There are few better French road trips than one through the Champagne region's patchwork of hillside vineyards, ancient forests and stone-built villages. On one of the five routes that make up the official Champagne Trail, you'll wend through gorgeous countryside and past small-scale, cellar-door producers. Don't miss the town of Épernay, where the grand Avenue du Champagne is lined with top Champagne houses such as Moet et Chandon and Pol Roger. Under its streets is a vast network of cellars, where priceless millions of bottles are stored.

The jewel-box colours of Provence in the summertime – egg-yolk-yellow sunflowers, amethyst lavender, spotlessly blue skies – have been inspiring artists for generations. It's a landscape that Picasso, Monet, Matisse and van Gogh have attempted to capture, and it's even more breathtaking in real-life. Along Provence's southern coastline runs the Cotes d'Azur, a ribbon of sandy beaches and up-scale towns including Saint Tropez, Antibes and Nice. 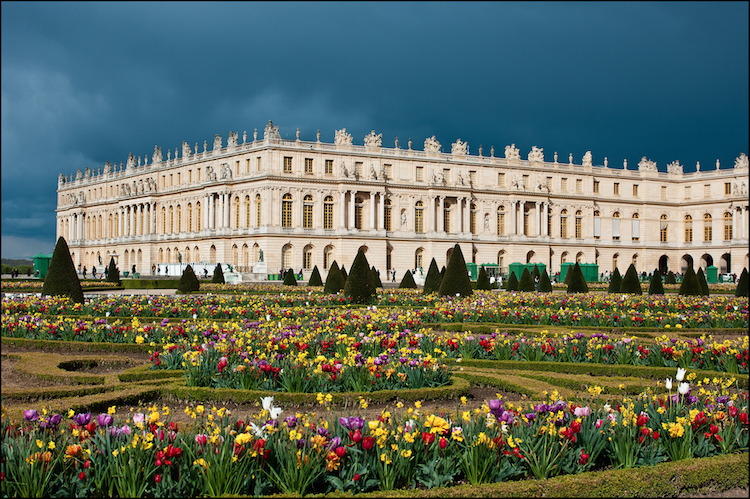 The Palace of Versailles. Credit: Flickr.com/Artamir78.

The enormous Palace of Versailles near Paris is an overwhelming place to visit. From the gold-encrusted queen's bedchamber to the spectacularly Baroque royal chapel, each room is more sumptuous than the last. The most beautiful room of all has be the Hall of Mirrors, a confection of gold-leaf, crystal and mirrored glass that has to be seen to be believed. The room is lined with 578 mirrors, a luxury good at the time of construction, and the roof is painted with scenes celebrating the early life of the Sun King, Louis XIV. 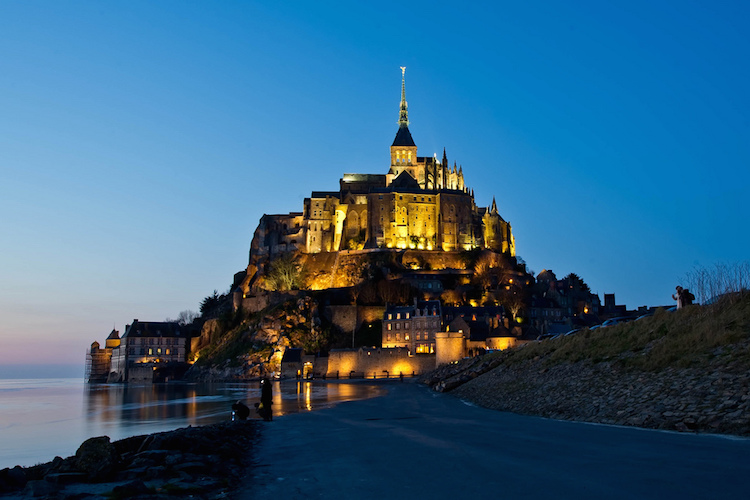 This tiny island of off the Normandy coast has been a symbol of French resistance against English aggression for more than one thousand years. For almost as long, it's been one of France's most-loved visitor attractions. This year saw the completion of a 10-year project to reverse the silting-up of the bay, with the result that the island is once again surrounded by seawater at high tide. For a really special Mont Saint-Michel experience, consider booking an overnight stay. Once the tourists have left for the day, you'll be left to wander the ancient and atmospheric streets in near-solitude. 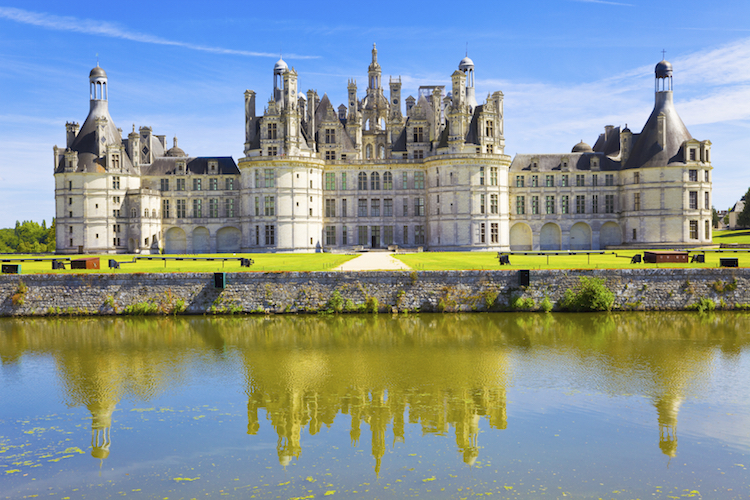 Château de Chambord is one of France's most recognisable buildings, thanks largely to the over-the-top jumble of towers, turrets and chimneys that poke from the rooftop. The château all the more remarkable for the fact it was designed not as a residence, but as a short-stay hunting lodge. The magnificent 440-room building would lie empty for months or even years at a time, awaiting a visit by King Francis I and his 2000-person retinue. Over his entire 32-year reign, he slept here for a total of 42 nights. 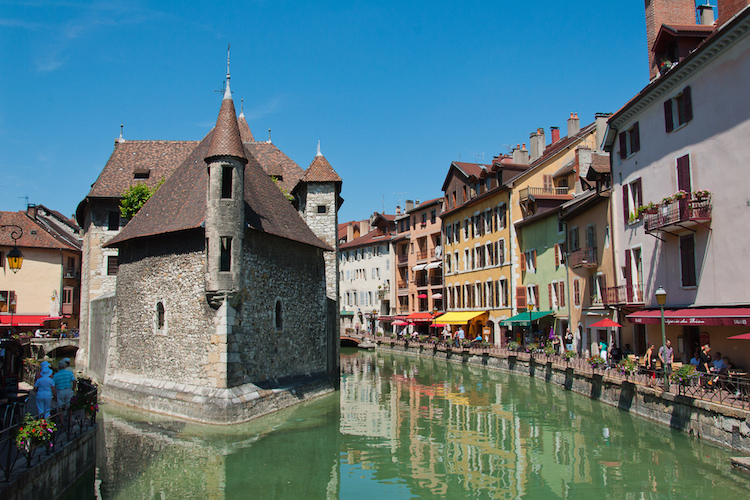 Nestled on the shores of the impossibly blue Lac d'Annecy and surrounded by the peaks of the French Alps, Annecy's location could hardly be more idyllic. A network of canals overhung with geranium planters flows through La Vieille Ville, or old town, a postcard-perfect district of pastel-coloured houses and cobblestone lanes. Take a boat tour of the lake, explore the ancient castle, or just wander the town, ice-cream in hand – Annecy is home to some of the best gelato-makers in France.