Cheap Flights to the United States

One size fits all when it comes to holidays in the land of the free and the home of the brave. You want a pants-stretching food tour? Some rock’n’roll revelry? With so much to explore, it's hard to know where to begin

What to know before you fly to United States?

What you need to know about cheap flights to the U.S.A.

The U.S.A. has always been a popular destination for travellers no matter what time of year. From the sun and surf to ski covered mountains and the big city lights, it’s no wonder we flock there in record numbers. And with airfares to the U.S.A. at record lows, it’s never been a better time to pack your bags for an America Sojourn.

With so many different air and cruise options to get you there, it can be hard to narrow down the choices, especially when confronted with a varied range of pricing and fares. As the airfare and pricing experts, we have all the answers you’ll need to make your holiday wishes become reality; often with exclusive access to fares not available to the general public. 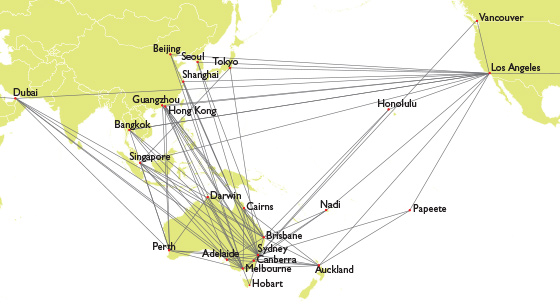 So many ways to fly to LA

Los Angeles is the primary gateway to the U.S.A. from Australia. With more than 61 million people travelling through LAX last year it’s one of the busiest airports in the world. Over 50% of travellers connect on to another destination upon arrival.

There are many options available with over 80 passenger airlines to choose from all offering cheap flights within North America to get you to where you want to go. As the Airfare Experts we can help you make the right choice at the best price.

How much time should I allow between flights?

This will depend on which terminal you are arriving at and what terminal your connecting flight is departing from. LAX has 8 different terminals and it can take some time to make your way to your next flight.

Our expert consultants can advise on ‘minimum connecting times’ based on the airline you are connecting from/to and the terminals they fly from. They can also book you a through-fare which means if a delay is experienced or your onward flight is missed for any reason, you can be quickly re-accommodated onto another flight.

CONSULTANT TIP: Booking separate flights on different tickets when travelling on more than one airline may add to your cost should a connecting flight be missed due to delay. By booking a through-flight on just one ticket you will be assured of having your flight rebooked at no additional cost. This will save you time and money and will ensure your holiday gets off to a flying start.

This is a super sized country with a population to match and many major U.S. cities have more than one airport. This can be confusing and can cause lengthy delays (and expense) if you’re unsure of the closest and most convenient airport to fly into. Here are some examples.

New York City - Three airports serve New York City. LaGuardia (LGA), John F. Kennedy International (JFK) and Newark in New Jersey (EWR). All three airports will get you to Manhattan but the distance between them can vary dramatically. LaGuardia is the closest to Manhattan, followed by JFK. Newark is nearby and equally convenient but is actually located in New Jersey, a neighbouring state.

Chicago – Two airports serve Chicago; O’Hare (ORD) and Midway (MDW). Depending on which airline you are flying you may arrive at either one. Midway is closer to the downtown area and serves mostly low cost carries. O’Hare is a major airline hub for both American Airlines and United and serves as a major international gateway. Both airports offer convenient public transport into the city including the “el” (elevated) train.

CONSULTANT TIP: Sometimes the lower fares are a lure to the outer airports. Check which airport you will arrive at to consider the transport time and fees.