Imagine awaking to a new view each morning. Enjoying service that is unlike anything on land. Visiting more beautiful and vibrant places in one holiday than most people see in years. Dining in exclusive restaurants. Doing whatever you choose, whenever the notion takes you. On board the P&O's magnificent super liners you make the choices. This is your holiday after all. You can enjoy a spontaneous modern holiday. Or you can experience cruising with all the traditions. The quality of service and attention to detail let you experience a world that is both carefree and tailored to your needs and aspirations. P&O would like to treat you to a taste of the good life, or rather the great life! Join us for a fabulous blend of discovery, relaxation and great service. We’d love to welcome you on board. With so much included, it’s easy to make the most of every moment.

From delivering 'sea mail' from the UK to Spain and Portugal in 1837, today P&O International is the UK's leading cruise line. P&O's fleet boasts all the facilities and amenities that have come to be expected on modern cruise ships. P&O helped shape modern cruising when they did away with cruise classes in the 1970s, and began to make cruising more accessible to all travellers. P&O cruise liners have everything a floating resort should contain – a packed entertainment program, vibrant atmosphere and amenities up to your eyeballs.

P&O cruise ships visit every continent on earth, with itineraries in Africa, Asia, Australia, the Baltic, Canary Islands, the Caribbean, Americas, UK, Mediterranean, Northern Europe and Iceland, Indian Ocean, Panama Canal, South Pacific and the Middle East, in addition to lengthier world voyages. The seven ships that make up the P&O fleet includes the adult-only ships Adonia and Arcadia, and family-friendly ships Aurora, Oceana, Oriana and Azura. Oriana will be exclusively for adults as of November 2011.

A mixture of adult-only and family-friendly ships varies the onboard ambience across the fleet. Brits make up a large proportion of passenger numbers, but there is a large international crowd too with European, US and Australian travellers among others. 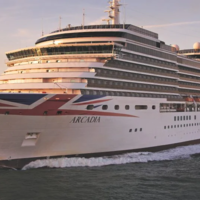 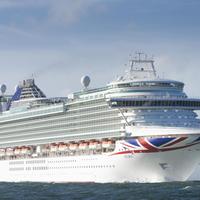 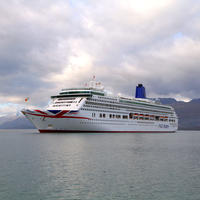