A family-owned company since its auspicious conception in the 1920s, APT had its beginnings when Bill McGeary built a bus body on a tray truck after a tram strike affected the city of Melbourne. Through Bill's son ,Geoff, APT pioneered Australia's dynamic travel industry in the 1960s and 70s via a diverse range of modes. Such innovation continues to thrive within the APT Group today, now a multi-brand business with an extensive global portfolio of touring and cruising products still owned and controlled by the McGeary family. Now, with a third generation of the family contributing to the APT Group's success, the benefits of the company's family-style culture are increasingly apparent. While vigorously pursuing a global vision, the unwavering focus is on delivering a life-enriching and memorable holiday experience for each and every individual. 2007 marked APT's 80th anniversary. Such longevity in a competitive environment, coupled with a proven ability to meet the shifting expectations of the modern holidaymaker, is testament to the pioneering spirit upon which the company was founded, and upon which it continues to operate and flourish today. The APT Group recently embarked on a program of international growth, with the objective of positioning the company as a truly global tour and cruise operator and one of the world's leading travel companies. In doing so, the company has embraced an efficient, goal-oriented business that nurtures and develops a culture of exceptional performance.We will continue to expand on our present commitment to touring in regions that include Europe, Scandinavia, the Americas and Asia. As the number one tour operator in Australia and New Zealand, the company is committed to the continuation of its role as a fully integrated travel business by owning and operating its touring and cruising operations. 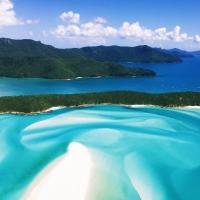