Since 1988, Seabourn has gained a loyal following through a focus on attentive service, sumptuous dining and desirable destinations. Its approach has seen it become one of the most awarded cruise lines at sea.

Seabourn is a company that provides ultra-luxury cruises on small ships to the most desirable destinations in the world. In the 25 years that Seabourn has served its guests, it has consistently been rated not only among the top cruise lines, but also among the world's premier holiday choices. The key features that set Seabourn apart from other cruise lines are: A superior level of personalized service made possible by our smaller ships. Elegant, spacious all-suite accommodations. Superb cuisine served in a style matching the finest restaurants ashore. Exceptional delivery of a wide variety of intriguing destinations.

Seabourn offers luxury small ship cruising that has achieved numerous accolades including World’s Best Small Ship Cruise Line voted for by Condé Nast Traveler and Travel+Leisure readers, and EUCRAS-Gold-Award Best Newcomer of the Year 2011 for the latest addition to the fleet, Seabourn Quest. Since 1988, Seabourn has gained a loyal following with a focus on extremely hospitable and attentive service, sumptuous dining and desirable destinations.

The six strong fleet carries between 208 and 450 passengers per ship. Seabourn Pride, Seabourn Spirit and Seabourn Legend are the original three identical ships, and were last refurbished in 2007 and 2008. The youngest three identical sisters in the fleet, Seabourn Odyssey, Sebourn Sojourn and Seabourn Quest, were launched between 2009 and 2011. The smaller size of Seabourn cruise ships gives them the wonderful advantage of accessing ports that other cruise ships cannot, in Africa, Asia, Canada, New England, the Caribbean, Caribbean, Middle East, India, Northern Europe, South America, Central America and the South Pacific. Seabourn also operates transatlantic cruises and world voyages.

Independent cruisers who appreciate socialising in luxury surroundings, sophisticated entertainment, and quality, rather than quantity. There are no children's facilities and the on-board ambience is civilised and tranquil. If you're no fan of glitzy stage shows and karaoke, this is the cruise line for you. 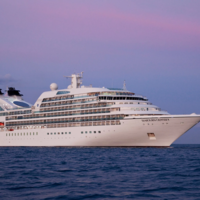 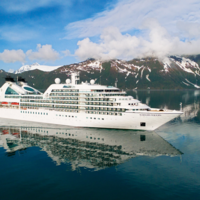 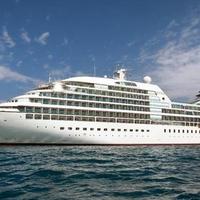 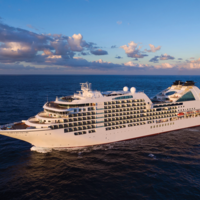 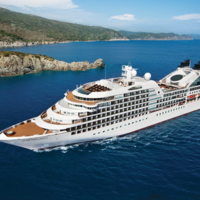