People say Nepal is a small country and sure, wedged between India and China on a map it might look that way. Visit the country though and you'll quickly realise, looking skywards towards the mountains or down into a valley, that Nepal offers much more than the mark it makes on a world map might imply.

Set against the immense backdrop of the ever present Himalayan mountain range, the country is heaven to avid mountaineers and trekkers from across the globe, who flock to the country to climb its monumental peaks.

While trekking is one of the most popular things to do in Nepal, visit Pokhara and you'll find out that you don't need to climb Mount Everest to enjoy the glorious scenery in this country of friendly, humble people.

Lay your eyes on the Himalayas

As well as being home to the tallest snow-capped peaks in the world, Nepalese are equally proud of their pristine lakes and world-class wildlife parks. The most famous of these is the World Heritage-listed Chitwan National Park, home to the Indian rhinoceros and the more elusive Royal Bengal tiger.

Another standout attraction is Nepal's unique culture, an exotic mix of Indian and Tibetan influences. Kathmandu is the perfect place to get a big taste of it with Nepal's capital and the nation's largest city one of the top adventure travel destinations in the world.

Kathmandu features all the creature comforts one expects from a modern tourist city, including a diverse range of places to eat and drink and plenty of cheap and cheerful accommodation options. Tourist district Thamel is in particular a great place to get the feel for Nepal before heading into the countryside.

Thamel is also where most Nepal tours start from, with adrenalin-seeking travellers lining up to bungee jump into one of the splendid Himalayan gorges or indulge in some river rafting, kayaking, paragliding or mountain biking activities.

If you're more inclined to delve into Nepalise culture, you will find plenty of character to absorb too. See Kathmandu Durbar Square, the old royal palace of the Kathmandu Kingdom, then hit the city's back streets to discover traditional artisan workshops, beautiful temples and local eateries serving 'dal-bhat-tarkari' – the traditional Nepalese version of dal on rice.

Make a pilgrimage to Buddha's birthplace

While you're on a taste adventure, make sure to sample 'momos' – delicious Tibetan dumplings that can be found on many street corners in Kathmandu. Served warm, a pint of Tibetan rice beer will give you the complete Tibetan experience.

Check out any Nepal travel guide and it'll soon become obvious that the country's diverse array of attractions is matched by its wide variety of landscapes. Once you've seen the heights, down low is Lumbini. One of the reputed birthplaces of Gautama Buddha, Lumbini is located a short border hop over Nepal's southern border to India.

It's a traditional pilgrimage for Buddhists from around the world, who stop at many 'stupas' along the way. To mark the purported spot of the Buddha's birth, Emperor Ashoka erected one of the Pillars of Ashoka here in 249 BCE. The inscription on it is one of the oldest forms of writing in Nepal.

Flights to Nepal depart from several Australian capital cities and a stopover in Asia affords an additional opportunity to extend your holiday for a few extra days. 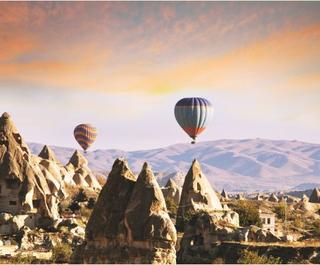 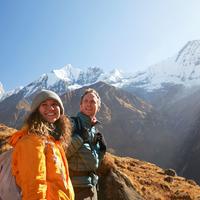 Other Destinations in Asia