Gay and Lesbian Holidays in Sydney 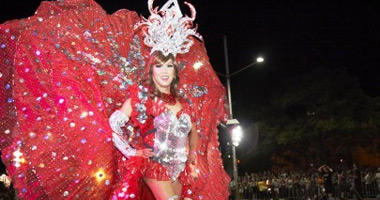 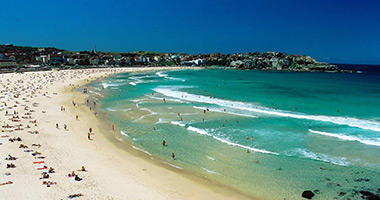 Sydney as a Gay Destination

Sydney's gay movement traces its history back to June 24, 1978 when 2000 activists on Oxford Street encountered police brutality - the protesters, calling for equality, were forcibly dispersed or arrested. In less than 30 years, through perseverance and determination, Sydney has been transformed from a city of harassment to a buzzing metropolis that warmly welcomes all visitors regardless of sexuality.

The Beaches
Sydney's beaches are divided into three groups - northern, eastern and southern. In the north is beautiful Palm Beach with the iconic light house and Cronulla is the southernmost beach. Other favourite beaches include Dee Why, Bronte and Tamarama. While the mainstream beaches of Bondi and Manly are significant attractions in their own right, visitors may enjoy visiting the clothing optional beach of Obelisk on Sydney's North Shore.

The Nightlife
The heart of Sydney's gay district is Oxford Street between Hyde Park corner and Taylor Square. On this strip, known as the golden mile, there are numerous bars and clubs including the perennial favourite, Stonewall that attracts a younger crowd, the Midnight Shift and the Oxford Hotel on the corner. The main night club is Arq, which is located just off Taylor Square. Arq regularly hosts themed events including foam parties and attracts international performers such as Lady Gaga.

Additionally, the enclave of Newtown, home to the Imperial, the bar which featured in Priscilla, Queen of the Desert, also has a strong gay representation. The Imperial continues the drag tradition by hosting entertaining drag shows on the weekend. The inner-city suburbs of Darlinghurst, Surry Hills and Potts Point all boast many cafes and restaurants that serve the high proportion of gay Sydneysiders living nearby.

The majority of hotels within the Sydney central business district accept diversity. Therefore gay and lesbian visitors will be treated with the same welcoming smile as heterosexual counterparts. Oxford Street, the heart of the gay scene, is located moments from the CBD - so any hotel in the centre of the city is within walking distance of the gay bars and clubs.

Sydney Mardi Gras
What initially started as a political protest for gay rights has now blossomed into a fully-fledged multi-million dollar pride festival. Sydney's main pride activities take place over several weeks throughout February and into March. The Mardi Gras festivities begin with Fair Day, a celebration of the diverse range of sporting, cultural and religious groups in Victoria Park near Sydney University. There are dozens of activities organised on Fair Day including the always popular Dog Parade. Throughout the Mardi Gras festival there are debates, forums and theatre presentations – all with a gay theme.

The festivities build towards the centrepiece and the conclusion – Sydney's famous Mardi Gras Parade. To watch the parade make sure you find a spot early on either Oxford Street or Flinders Street. In general the parade starts at 7.30pm and lasts around three hours - with 10,000 people marching through central Sydney in spectacular garb. Following the parade, there's a party to celebrate the end of the festival. The party attracts international performers including Kylie Minogue, George Michael, Kelly Rowland, Adam Lambert, Cyndi Lauper, Tina Arena and Darren Hayes. Tickets to the party generally sell-out in advance, so be sure to book early.

Queer Screen
To coincide with Mardi Gras, Queer Screen presents the best in gay cinema from around the world, as well as local cinematic gems. Since its establishment in 1993, Queer Screen has grown to become the largest queer film festival in Australia and also boasts a documentary wing, entitled queerDOC, which is of the only queer documentary festivals in the world.