Gay and Lesbian Holidays in Berlin 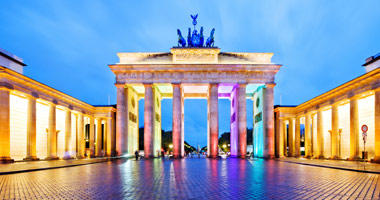 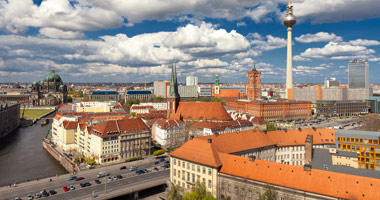 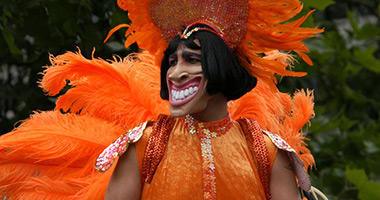 Berlin as a Gay Destination

When Sally Bowles sang the immortal words, "Life is a Cabaret," in the musical that profiled the fabulous excess of the Weimar Republic, the lead character was referring to a life that should be celebrated in all its diversity. After an eighty year hiatus, Berlin's famed decadence has returned with a glorious vengeance. The German capital formally received the gay stamp of approval, when in 2001, the city elected an openly gay Mayor. Klaus Wowereit outed himself as a pre-emptive political manoeuvre when he famously said, 'Ich bin schwul, und das ist auch gut so,' or in English, 'I'm gay and that's just fine.'

The Nightlife
Whatever floats your boat can be found in Berlin – there are quite literally dozens of gay bars and clubs throughout the city that cater to all tastes and desires. That being said, the main gay districts are in the suburbs of Schöneberg especially around Nollendorfplatz and Kreuzberg along the street Oranienstrasse. More recently several gay bars have opened in Friedrichshain that cater to a younger crowd.

Popular bars in Schöneberg include Hafen, Barbie Bar, Maxxx. Prinzknecht, Vielharmonie and Reizbar. Trading continuously since 1963, Schoppenstube is the city's oldest gay bar. If your preference is to dance the night away, you're in the right city – check out Connection, Berghain or Die Busche. When in town, don't forget to ask around for any one-off parties or special events – these often attract massive crowds.

Hotels throughout Berlin will welcome all visitors with a warm and friendly smile. However, gay and lesbian travellers may prefer to stay in Schöneberg, near the bars and clubs, to minimise travel time after a big night out. There are also dedicated gay hotels if that's your preference – options include amongst others Zu House, the sumptuous Axel Hotel Berlin, ArtHotel Connection and Tom's Hotel.

Christopher Street Day
Today's famous Christopher Street Day Parade in Berlin traces its history back to 1979, when together with Bremen, activists in the German capital decided to join the sweeping worldwide trend of marking the anniversary of the Stonewall Riots with a local demonstration. Berlin's Pride Parade is the centrepiece of a full week of events in mid-June that attracts more than 500,000 revellers each year. The Parade itself begins at 12.30pm on the Saturday and progresses down Kurfürstendamm, past Potsdamer Platz and the Brandenburg Gate and finishes at the iconic Victory Column. Once the parade formalities are completed, attention turns to a massive al fresco party – driven by performances on a central stage.