Gay and Lesbian Holidays in Mykonos 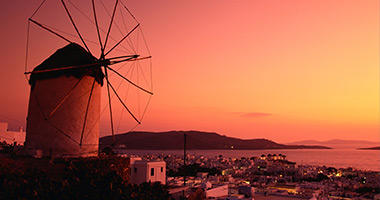 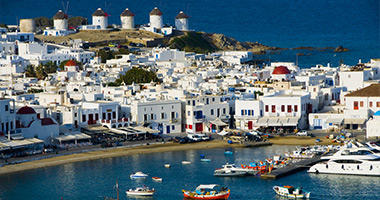 Mykonos as a Gay Destination

The Greek Island of Mykonos with its striking Cycladic architecture developed as a significant gay and lesbian destination during the 1960s and 1970s and today remains the number one location for beach-based fun. The town itself is extremely picturesque with whitewashed laneways that house boutique stores and fantastic art galleries. However for gay tourists, the city provides the perfect mix of scenic surrounds, dedicated gay beaches and great nightlife.

The Beaches
On Mykonos, the three beaches that offer a dedicated gay area include Paradise, Super Paradise and Elia. Enthusiasts can reach Elia and Paradise with a public bus from Mykonos Town. On the other hand, to enjoy the clothing optional delights of Super Paradise, punters need to take a boat from either Paradise or Platys Yialos. While at Super Paradise, holiday-makers may enjoy the adjacent Coco Club that provides a great place to savour a cocktail and watch the passing parade of talent.

The Nightlife
After enjoying the sand-based activities during the day, head back to Mykonos Town for your night time pursuits. All the gay bars are located within close proximity so consider bar hopping or settling into one for the night. Popular bars include Babylon, Pierro's, which presents great drag shows and Icaros with a terrific al fresco terrace on the roof. Porta Bar and Kastro's are other options. In all these bars there's definitely an emphasis on socialising.

Gay and lesbian travellers to Mykonos will be welcomed with outstretched arms to all hotels on the island. However, some travellers may appreciate staying at an exclusive gay hotel. The Elysium Hotel is the town's premiere gay hotel that boasts incredible views across the Aegean Sea and regularly organises parties in their Sunset Bar to entertain guests, friends and like-minded travellers to Mykonos. The famed party, Salvation is held at the Elysium Pool. Other gay-friendly establishments include the Geranium Hotel, Andromeda Residence and Villa Konstantin.

XLSior Mykonos Dance Festival
For pure fun, the XLSior Dance Festival, which first began in 2008, is held over an extended weekend at the end of August. This is quite literally five days of non-stop partying with a different dance event organised for each day/night - the opening welcome party starts at 11pm on the Wednesday. Other events include a beach party on the famed Elia Beach and the final farewell kicking off at 11pm on the Sunday in one of the town's major clubs.

Atlantis Italy, Greek Isles & Istanbul Cruise
The renowned tour operator, Atlantis organises a dedicated gay cruise through the Mediterranean aboard the beautiful Celebrity Equinox. Pulling up anchor in August, the cruise departs Rome and visits Mykonos, Istanbul and Valletta before returning to the Italian capital. This is a fantastic way to enjoy the luxury of cruising with like-minded enthusiasts.