Overview
Gallery
Things to do

Food has long been a big part of the identity of the sprawling coastal city of Lima, where ingredients from the mountains, the sea and the Amazon are combined to make the mouth water. It’s an association that was thrust into the international spotlight in 2006 when experts on all things delicious voted the Peruvian capital (also the country’s largest city) the “Gastronomy Capital of the Americas”.

The seafood – fished from a cold current on the Peruvian coastline – is particularly enticing. These days, Lima – the second-driest capital city after Cairo – is an unusual mix of modern architecture, slums and striking colonial buildings. Because it was the seat of Spanish rule for 300 years, it is also home to a vast array of cloisters, churches and monasteries.

Culture abounds in this old city. Visit the Museo Larco, housed in an 18th-century viceroy’s mansion, to see a collection of more than 50,000 ceramic vessels, as well as jewels and eye-popping erotica. The Museo de la Nacion gives visitors an overview of the civilisations of Peru as well as an insight into the “internal conflict” of 1980-2000.

At the Parque de la Muralla, you can see excavated remains of a wall that once enclosed the city, and the pink church Iglesia de Santo Domingo is renowned as the burial site of several important Peruvian saints.

See the city and many of its historic sites on a Lima downtown bike tour, which also stops so participants can sample a Peruvian snack to keep them going. Take a surfing lesson, visit a local market, and learn some culinary and cultural secrets in a cooking class presented by a local family.

In the past 10 years, Lima has become known as a destination for top-notch food. Fusion cuisine is old hat in these parts, and many tourists visit just on the promise of gastronomic delights.

A favourite is the marinated seafood dish ceviche. In the neighbourhood of La Victoria, the unassuming El Veridico de Fidel is a blink-and-you’ll-miss-it establishment that serves top-notch ceviche and ceviche broth. Get here before 5pm or it is likely to be closed.

Enjoy an equally fine ceviche in more upmarket surrounds at Pescados Capitales, in Avenue Mariscal La Mar. Even more exclusive is Malabar, in San Isidro, where chef Pedro Miguel Schiaffino is something of a gastronomic celebrity.

Whatever your budget, and wherever you would like to stay, you won’t have too much trouble finding something to meet your needs here: the range of accommodation is extensive. Choose from beautifully appointed boutique lodgings with a back story to towering five-star luxury with a view.

Art and craft souvenirs are common in the historic part of town, and also at markets in Miraflores and Barranco. Garments made from Peru’s alpacas make a cosy, useful memento of your visit.

Less touristy than the markets in Miraflores are the artisan markets along Avenue La Marina. In the late 1990s a rash of modern shopping malls opened in Lima, among them the showy Jockey Plaza in Santiago de Surco, which has more than 200 specialty stores.

Experience Lima from a local’s perspective by taking a Lima te Llena food tour that will reveal neighbourhood and hole-in-the-wall eateries that only a local would know about. If you’d rather devise your own tour, head to the central part of Miraflores where Plaza Mayor is a popular spot for locals to meet up and take a stroll before grabbing a bite to eat at one of the many alleyway restaurants and cafes. 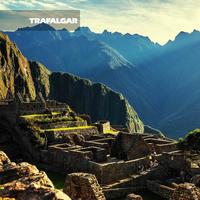